The growing tension between Israel and the United States at the highest levels of government hasn’t extended to the longtime allies’ citizens. Most people in each country view the other favorably, as they have for decades.

That can be hard to remember when some notable exceptions are making headlines. Israeli Prime Minister Benjamin Netanyahu will speak to a session of Congress on Tuesday that will be missing several members, who along with President Obama are choosing to skip the address. On Monday, just after Netanyahu arrived in Washington, the White House denied reports by Kuwaiti newspaper Al-Jarida that Obama last year threatened to shoot down Israeli war planes if Netanyahu directed them to bomb Iranian nuclear facilities.

But most Americans continue to like Israel. In a Gallup poll last month, 70 percent rated Israel favorably, compared to 72 percent a year earlier. Israel’s net favorability ranking among Americans in Gallup polls has remained above +33 percentage points for the last decade, after occasionally fluctuating below that mark in the two decades beforehand.1

And most Israelis like the U.S. In seven Pew Research Center Global Attitudes surveys from 2003 to 2014, the U.S.’s net favorability rating in Israel was never lower than +44 percentage points. It peaked last year at +68 percentage points, the second straight year that the U.S. rated slightly higher among Israelis than among Americans. (Note to Rudy Giuliani: Plenty of Americans don’t love America.) 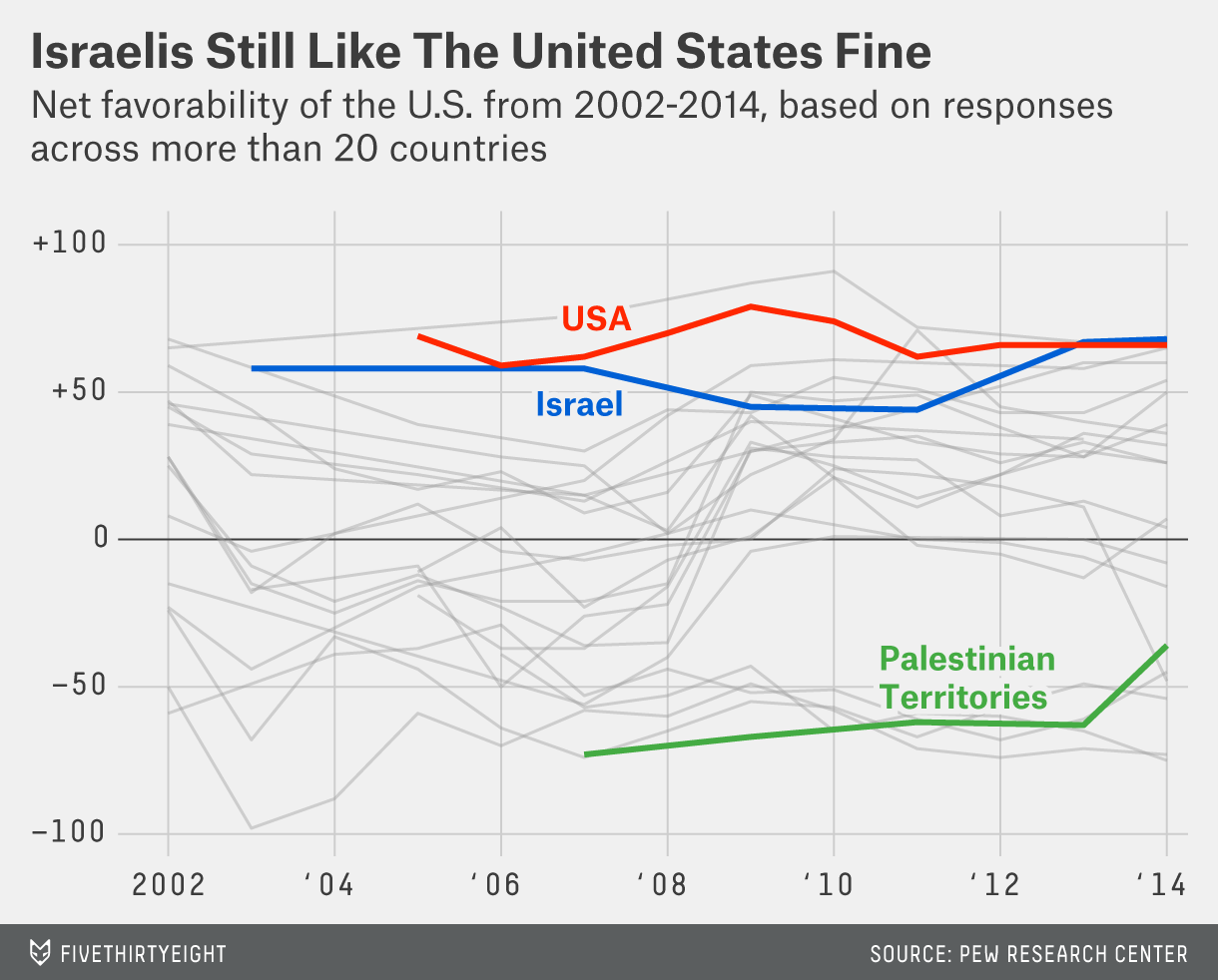 Americans have warmer feelings toward some other countries. They rate the U.K., Canada and Germany much higher, and France usually beats Israel in Americans’ hearts. In the other direction, Israelis like the U.S. more than most countries Pew surveys, with the Philippines a notable exception. 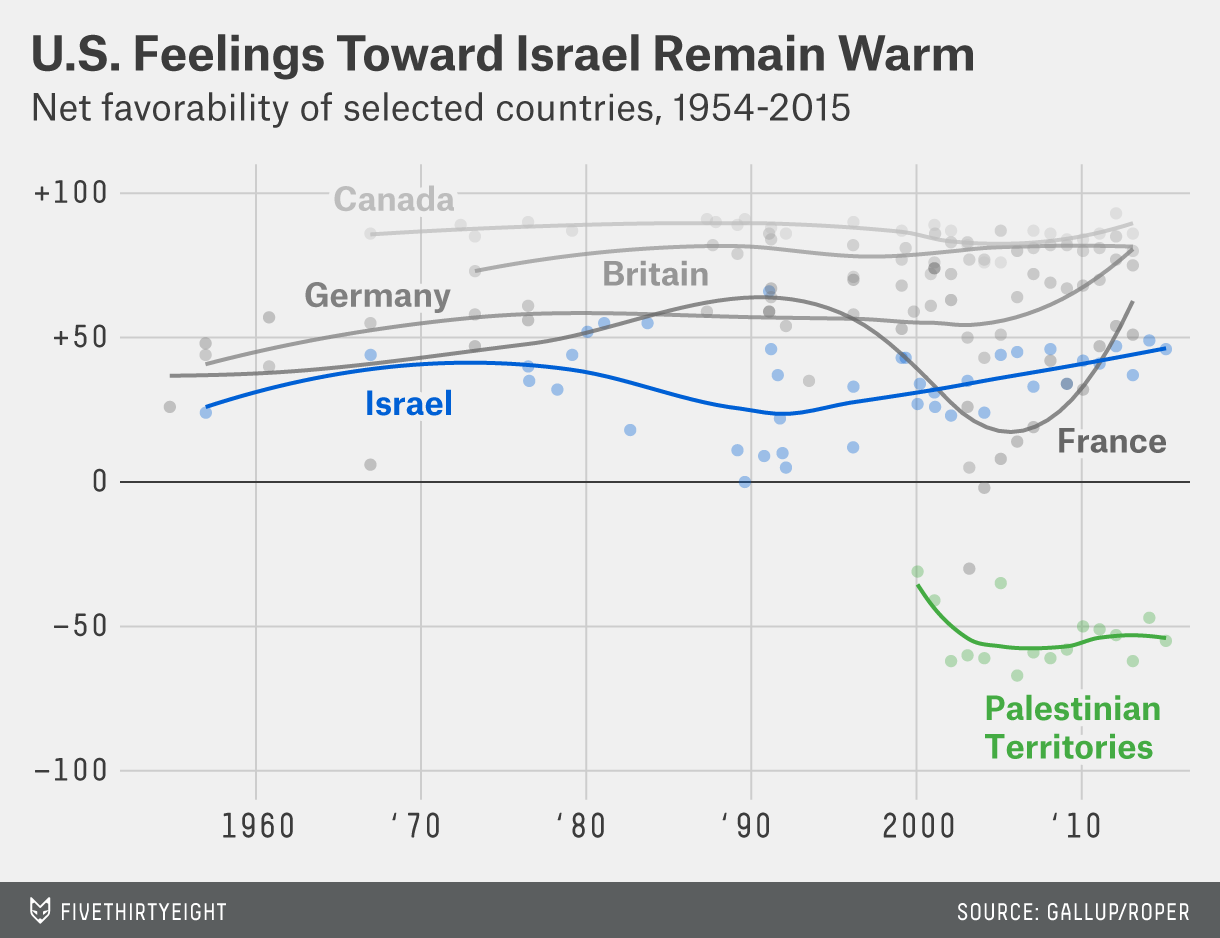 Israeli Jews, who make up the majority of the country, fuel its enthusiasm for the U.S.; more Israeli Arabs view the U.S. unfavorably than favorably. Palestinians see the U.S. even more unfavorably, and large majorities of Americans view Palestinians unfavorably. 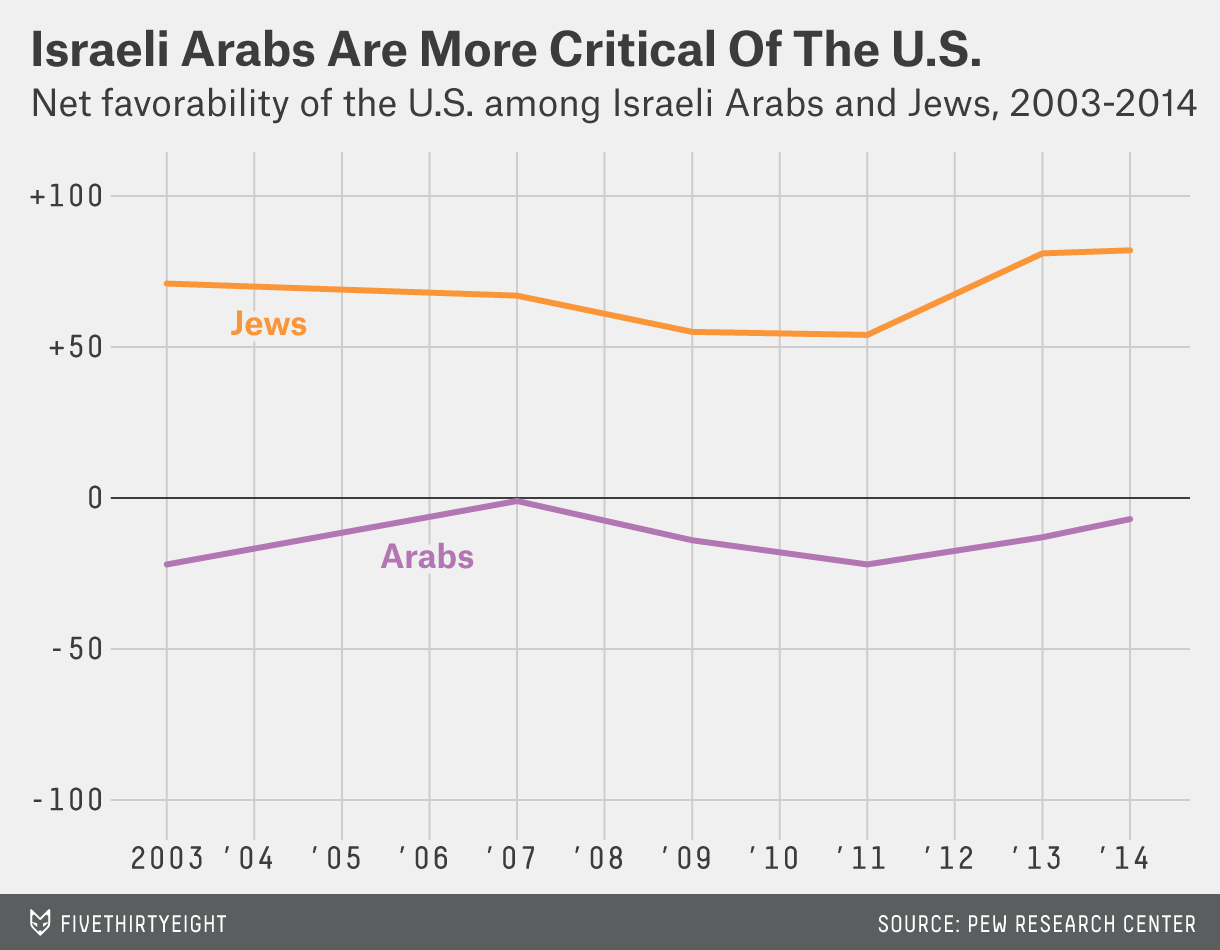