The public appears to have made up its mind about President Obama. His job-approval rating in early 2014 averaged 41.5 percent in Gallup surveys. In late 2014 — despite an improving economy — it averaged the same 41.5 percent. Over the past year, his rating has never gone higher than 44 percent and never lower than 41 percent.

And history suggests Obama’s popularity will continue to flounder even if the economy continues to improve.

The past seven presidents who have served a second term have had difficulty changing public opinion. We can see this by comparing their average approval rating at this point in their terms to their final approval rating before the next presidential election. 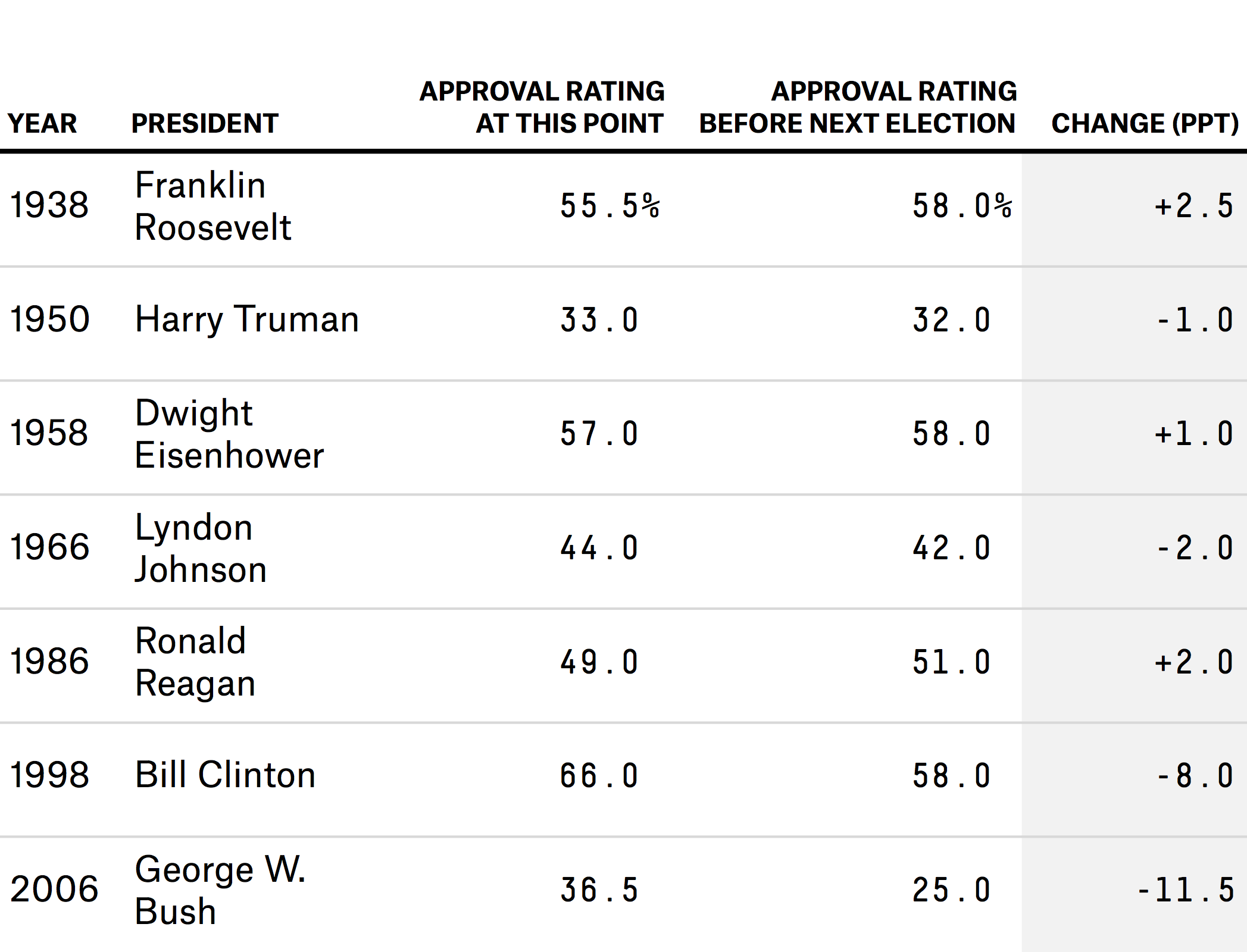 The average absolute change in job approval for these presidents was just 3.8 percentage points. More to the point, none of the larger changes were positive. Presidents George W. Bush and Bill Clinton saw their approval ratings decline by 11.5 and 8 percentage points, respectively. Bush was hit by the worst economic crisis since the Great Depression. Clinton, whose approval ratings had skyrocketed during the Monica Lewinsky scandal, was regressing to the mean.

The largest jump in job approval rating for a second-term president was Franklin Roosevelt’s 2.5 percentage point bump as the 1938 recession faded away. The only other two presidents to see their approval rating increase, even minimally, were Dwight Eisenhower and Ronald Reagan. Eisenhower was coming off the 1958 recession, and Reagan was recovering from the Iran-contra scandal.

Even when the economy is getting better, presidents in the second half of their second terms don’t see much improvement in their popularity. For Obama, the pattern hasn’t been much different. So far in his presidency, monthly changes in economic confidence (as measured by Gallup) have explained only about 11 percent of the changes in Obama’s job approval rating. That’s not nothing, but that means there’s a good chance that his approval rating won’t rebound very much even if people are more confident in the economy.

Indeed, people have recently been feeling better about the economy. Economic confidence has risen 27 points on Gallup’s -100 to +100 scale since October 2013. Yet, Obama’s approval rating over that span has dropped from 44 percent to 42 percent.

None of this can be considered too surprising. Presidents have served for a long time by this point in their second term, and political science research has found that Americans tend to tire of their presidents. Moreover, six years in, Americans know how they feel about a president. For Obama, only 5.8 percent of 167,000 Americans interviewed by Gallup this year have expressed no opinion of his job performance — the lowest of any year so far.

There could always be some unforeseen event — such as Osama Bin Laden’s death — that upends things. These sort of big events, however, usually have fleeting effects on an approval rating.

Here’s some good news for Obama, though, as long as he’s patient: Once he retires, the American people will probably warm to him again.