House Speaker John Boehner said Tuesday that Republicans have no plans to impeach President Obama, and that all the impeachment talk was driven by Democrats hoping to stir up their base.

Boehner’s statement isn’t literally true: There have been mentions of impeachment around the edges of the GOP and by some Republican members of Congress. But on the whole, Democrats are spending a lot more time talking about impeachment than Republicans.

Consider, for example, the Sunlight Foundation’s Capitol Words database, which tracks words spoken in the House and Senate. So far in July, there have been 10 mentions of the term “impeachment” in Congress and four others of the term “impeach.” Eleven of the 14 mentions have been made by Democratic rather than Republican members of Congress, however.

Impeachment chatter has also become common on cable news. On Fox News this month, Sarah Palin, the former Alaska governor, called for Obama’s impeachment, for instance. But for every mention of impeachment on Fox News in July, there have been five on liberal-leaning MSNBC.

This data comes from a Lexis-Nexis search of transcripts on each network. It counts each mention of the words “impeach” or “impeachment.” The terms were used 32 times in a single episode of MSNBC’s “The Ed Show” on Monday. (Ordinarily, I’d adjust for the overall volume of words spoken on each network, but I know from my previous research that MSNBC and Fox News have about the same number of words recorded in Lexis-Nexis.)

The scoreboard so far in July: Fox News has 95 mentions of impeachment, and MSNBC 448. That works out to about 2.7 mentions per hour of original programming on MSNBC, or once every 22 minutes. (This data is as of late Tuesday afternoon.) 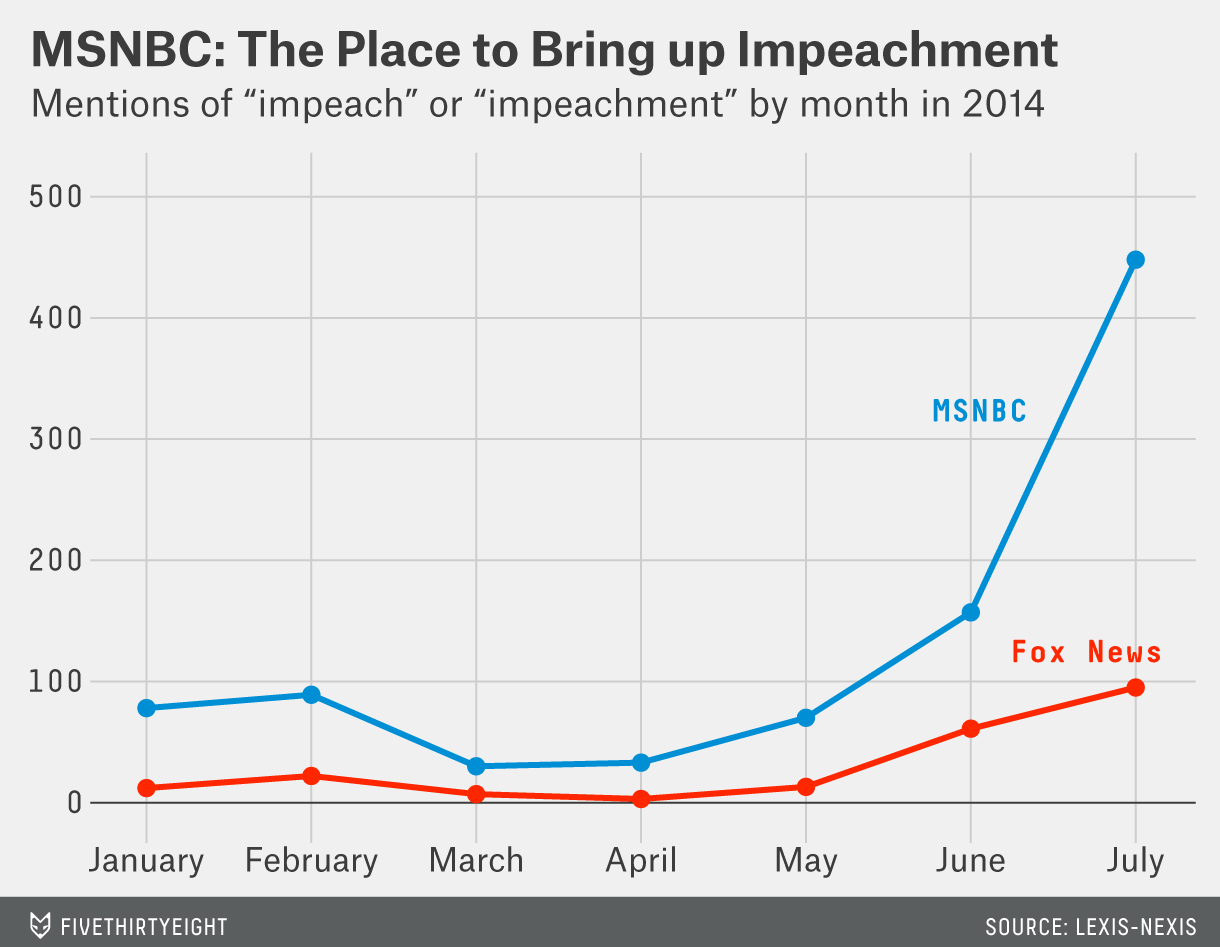 MSNBC hasn’t become quite as obsessed with impeachment as CNN was with Malaysia Airlines Flight 370, but it may be getting there. Impeachment mentions on MSNBC increased sixfold from May to July. Overall, since Jan. 1, MSNBC has mentioned impeachment 905 times to Fox News’s 213.

Some of the impeachment discussion from Democratic politicians and liberal commentators has a kind of a Br’er Rabbit quality. “Only please, Br’er Republicans, don’t impeach President Obama!” they say. But Democrats know such a move would be highly unpopular with the public and might be one of the few things that would revive their long-shot chances of recapturing the House of Representatives in November. In the meantime, Democrats have raised a bundle of money — at least $2.1 million — through emails like these: 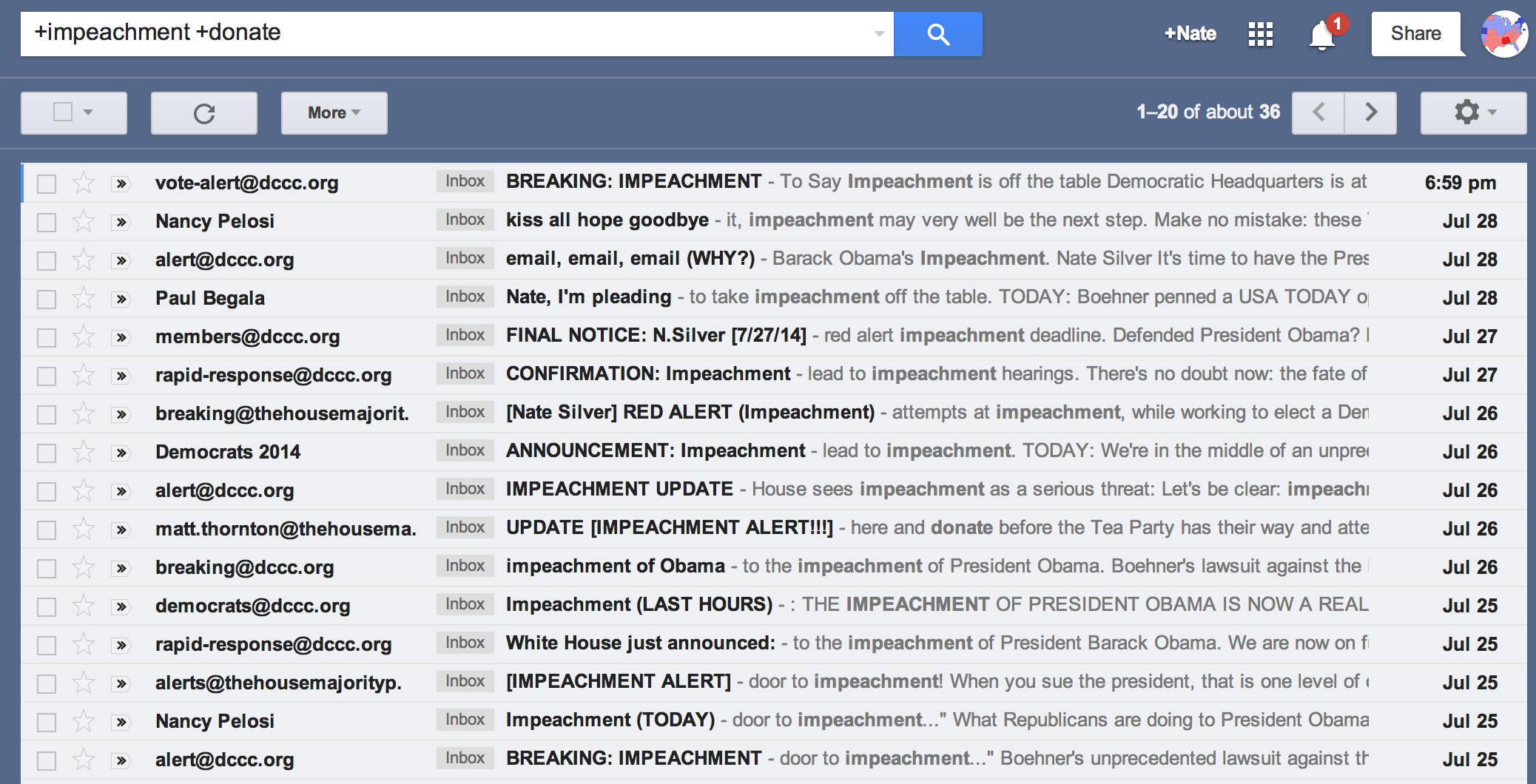 The Democrats’ strategy has a parallel in 2006. That year, Republicans tried to rally their base around purported Democratic threats to impeach President George W. Bush. Back then, Fox News was more likely to invoke the specter of impeachment, with 374 mentions of the term from Jan. 1 to July 29, 2006, compared with MSNBC’s 206.