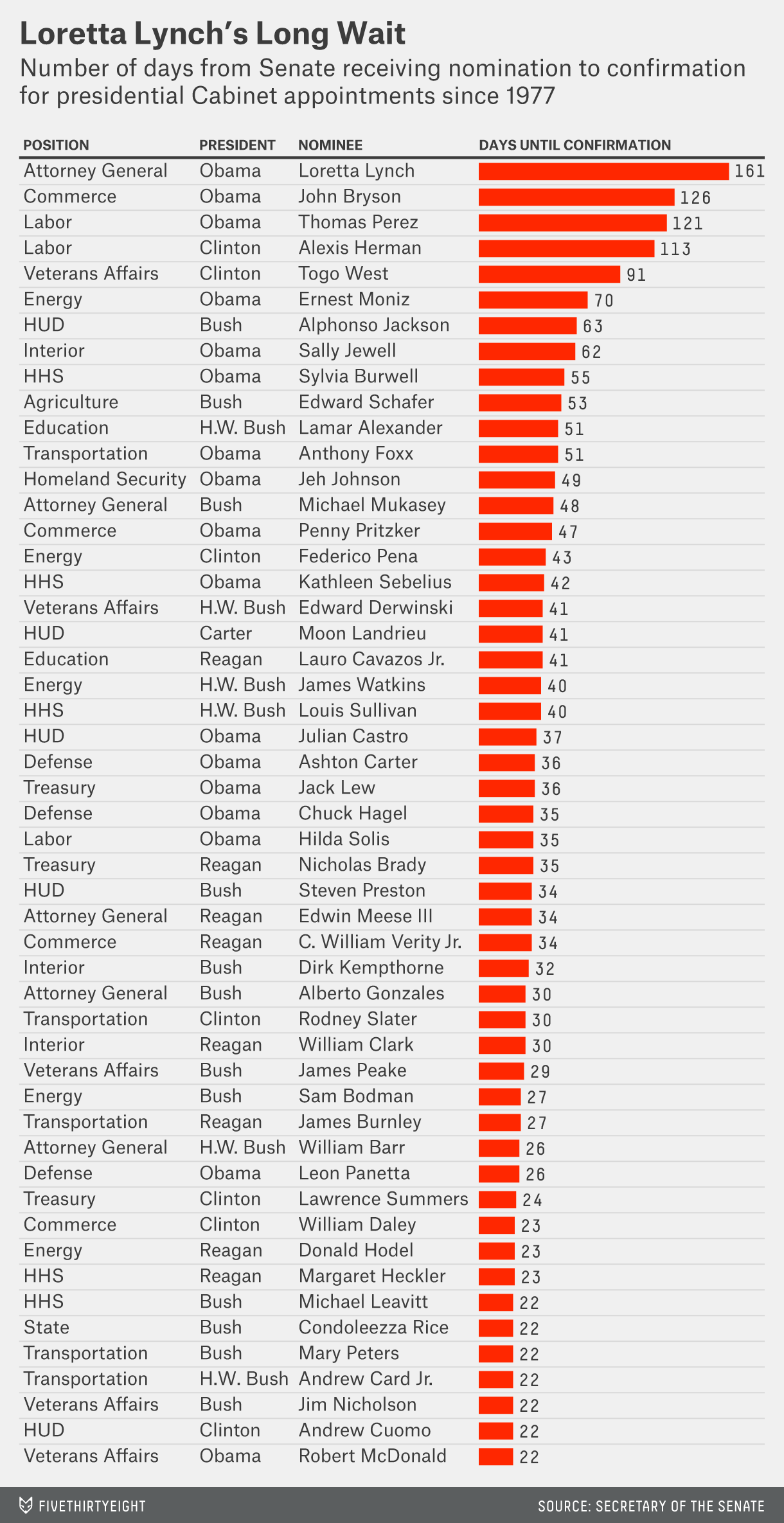 The Senate voted 56-43 to confirm Loretta Lynch as attorney general Thursday, 161 days after it received her nomination. Lynch waited longer than any confirmed Cabinet nominee since 1977 (which is as far back as the data from the Office of the Secretary of the Senate goes).1 However, Richard Holbrooke’s 176-day odyssey to confirmation as U.N. ambassador in 1999 still holds the title for the longest confirmation wait for a Cabinet-level position (a broader category than “the Cabinet”).

Obama nominees hold the top three spots on the waiting list. And Obama has had to wait longer, on average, than any other president in the data set for his nominees to join his Cabinet: Confirmed Obama nominees have waited for an average of 35 days. George W. Bush’s waited for an average of 16 days, Bill Clinton’s for 16 days, George H.W. Bush’s for 21 days, Ronald Reagan’s for 13 days and Jimmy Carter’s for six.