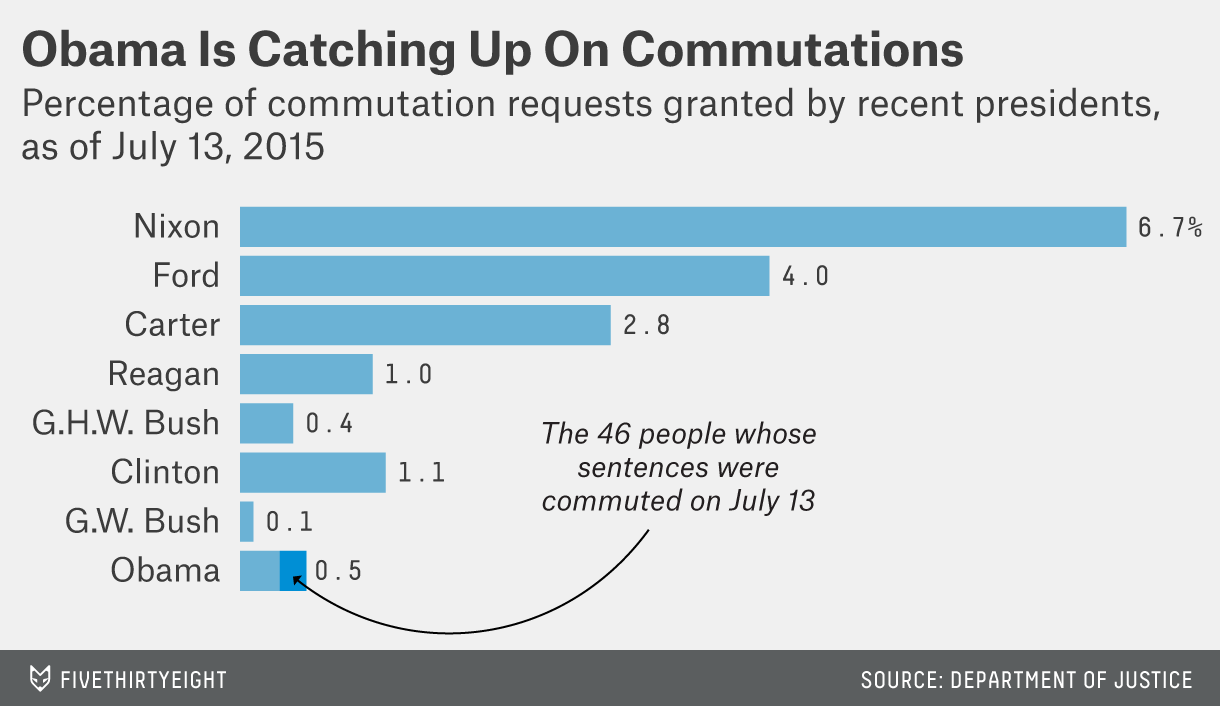 Obama’s pardon rate still remains the lowest of all recent presidents (3.3 percent), but if he follows the example of recent lame-duck presidents, his pardon and commutation rates may both rise during his final months in office. Both of his clemency rates have already risen modestly. 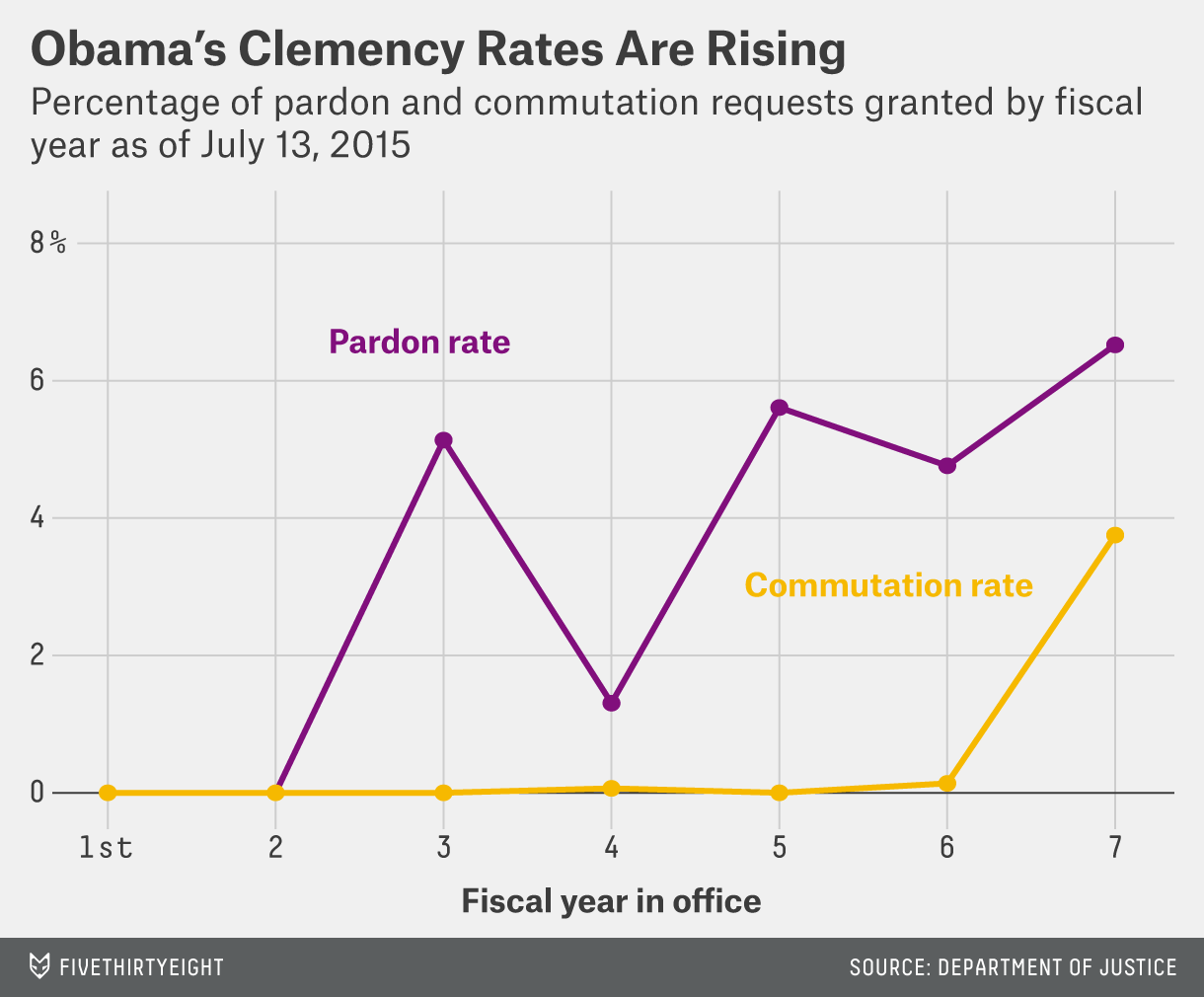