College football’s championship will be decided via a playoff bracket for the first time this year, rather than media polling or the near universally loathed Bowl Championship Series. You can read about the details of the new setup here, but the basic gist is that a 13-person committee of experts will come out with their own weekly rankings of the top 25 teams starting Oct. 28 and culminating in a Dec. 7 ranking of the top four teams in order to seed a four-team playoff.

The committee is new and its members have yet to release any rankings, so it’s hard to say what their voting tendencies will be. But it’s probably a good bet that they won’t stray too far from long-standing rankings such as the Coaches Poll and the Associated Press Top 25. And if the AP’s rankings (since 1992) are any guide, now is when the existing Top 4 teams start to solidify their places in the final, pre-bowl edition of the regular-season rankings. 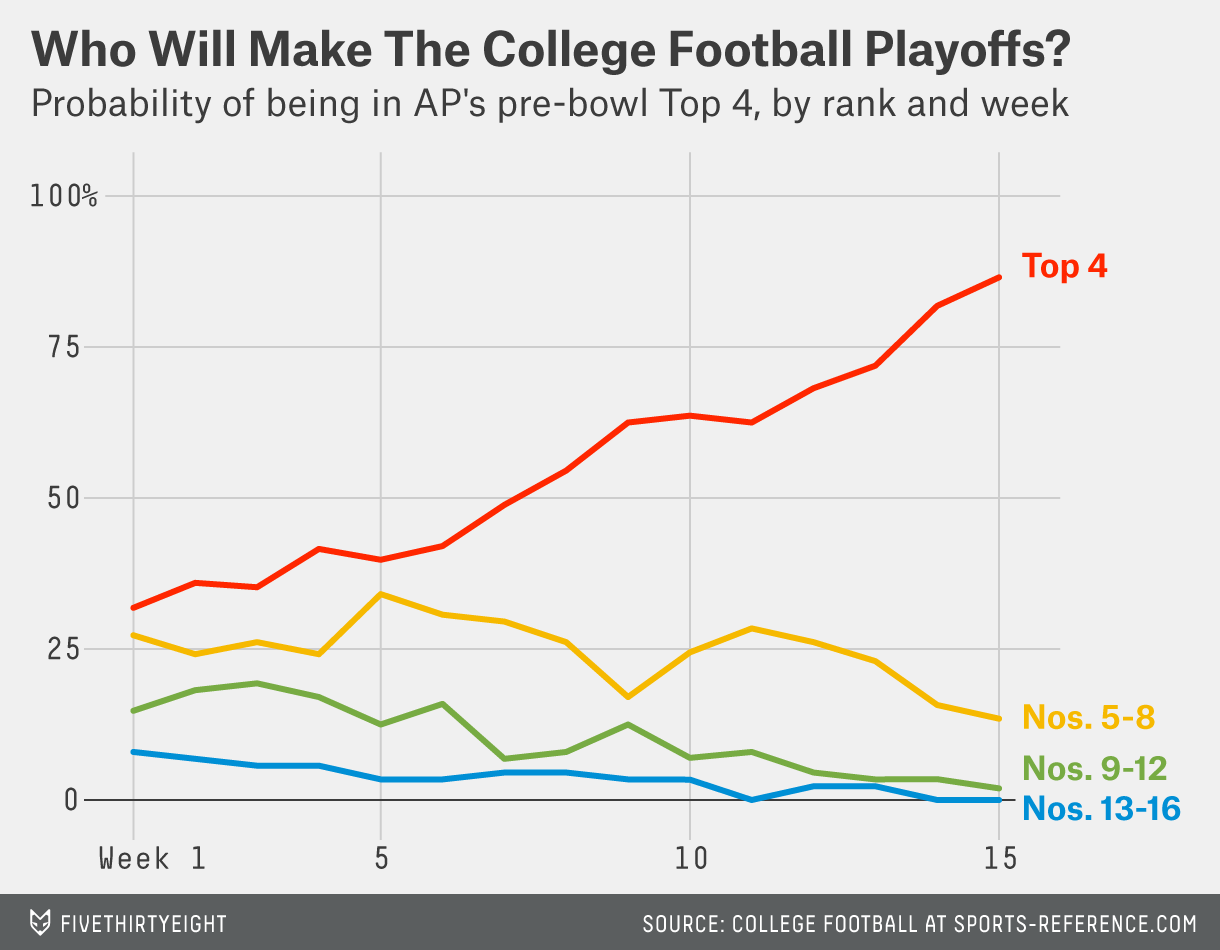 Up until Week 5 of the college football season, the schools on the periphery of the AP’s Top 4 typically have a slightly lower probability of finishing the year among the (now-coveted) top quartet of teams than those currently occupying those slots. Starting in Week 6 — and accelerating in Weeks 7-9, the current stage of the 2014 campaign — the teams in the top four slots begin to pull away from the rest of the pack, increasing their probability of ending the regular season among the “Final Four.”

That’s good news for Florida State, Auburn, Mississippi State and Ole Miss, each of which found themselves sitting in the AP’s Top 4 after the dust cleared on this past weekend’s wild spate of upsets. Teams that survive midseason aren’t completely in the clear — historically, there’s still about a two-in-five chance that one of the teams in the existing Top 4 falls out after Week 9 — but teams in that position are significantly more assured of being “in” now than they were just two weeks ago.