It’s a cliche: Every game counts in a league that plays just 16 of them. But Benjamin Morris’s findings in his debut Skeptical Football column were nevertheless striking: A Week 1 or Week 2 game can affect an NFL team’s chances of making the playoffs by as much as 20 or 30 percent.

What are Elo ratings? The short version: Elo ratings are a simple mathematical system originally designed to rate chess players. They’ve since been adapted to a number of sports such as soccer, and we’ve adapted them to the NFL. The Elo ratings only account for fairly basic information like wins and losses, strength of schedule and margin of victory. There are more advanced systems out there, but Elo ratings are transparent, easy to calculate and we can do a lot of fun stuff with them, like simulating the rest of the season and calculating playoff odds. For more on the methodology, see here.

Why such a big shift? Well, every game counts (especially a divisional game; our simulation accounts for playoff tiebreakers). But also, the Patriots now look slightly worse than Elo originally pegged them, and the Dolphins look slightly better. Before Week 1, Miami had projected to win 7.7 games; it now projects to win 9.1. In other words, one NFL win for the Dolphins was worth more than one win in the Elo standings because Miami’s Elo rating improved.

Here are the latest Elo ratings and playoff odds for all 32 teams: 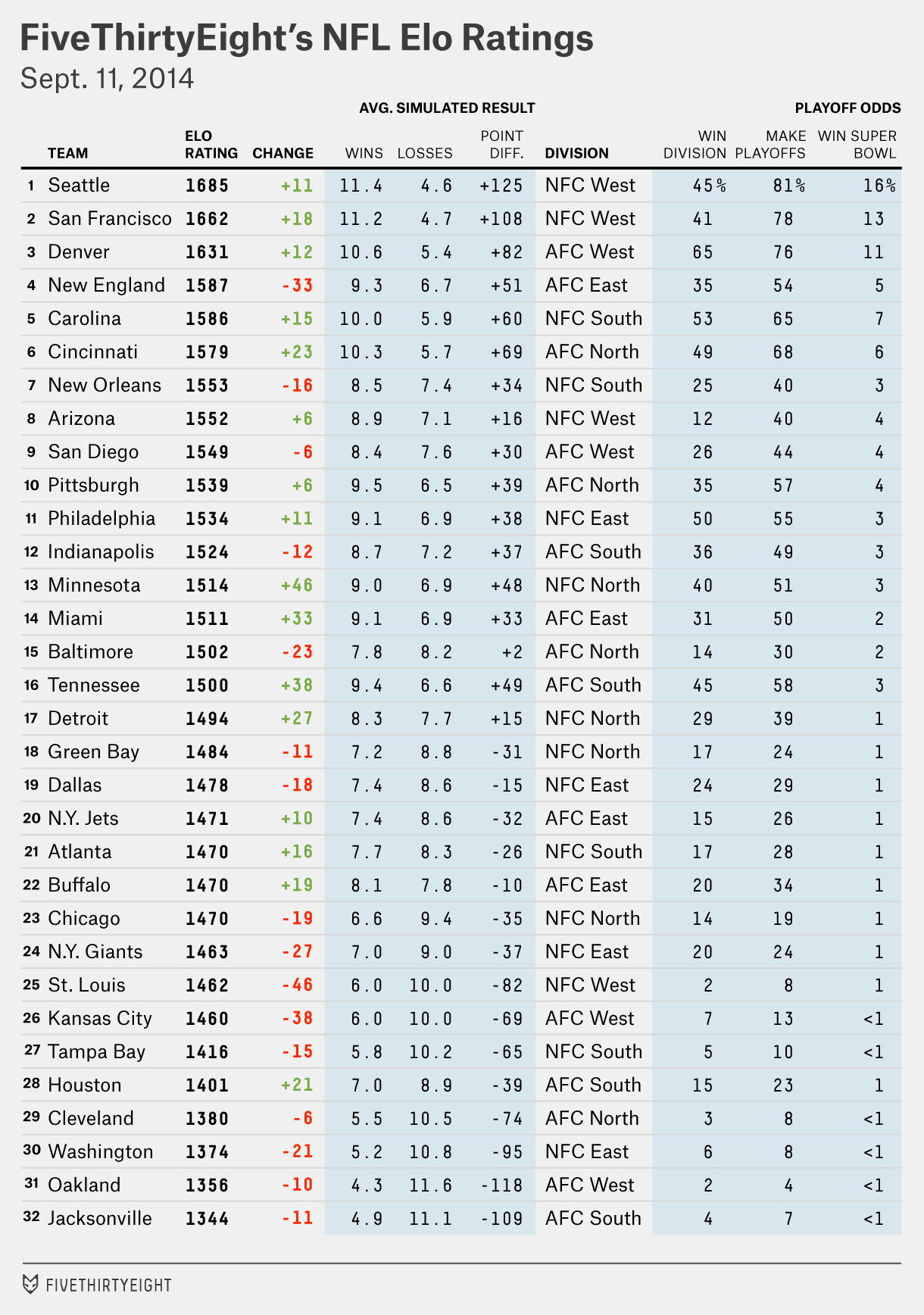 A few other comments:

Elo ratings can also be used to derive point spreads. We strongly advise that you don’t bet on these, at least not without considering a lot of other information — Vegas betting lines are too sophisticated to be beaten by a simple system like Elo. Still, it’s fun to track their progress. Last week, they went 8-8 against point spreads as listed at Pro-Football-Reference.com. 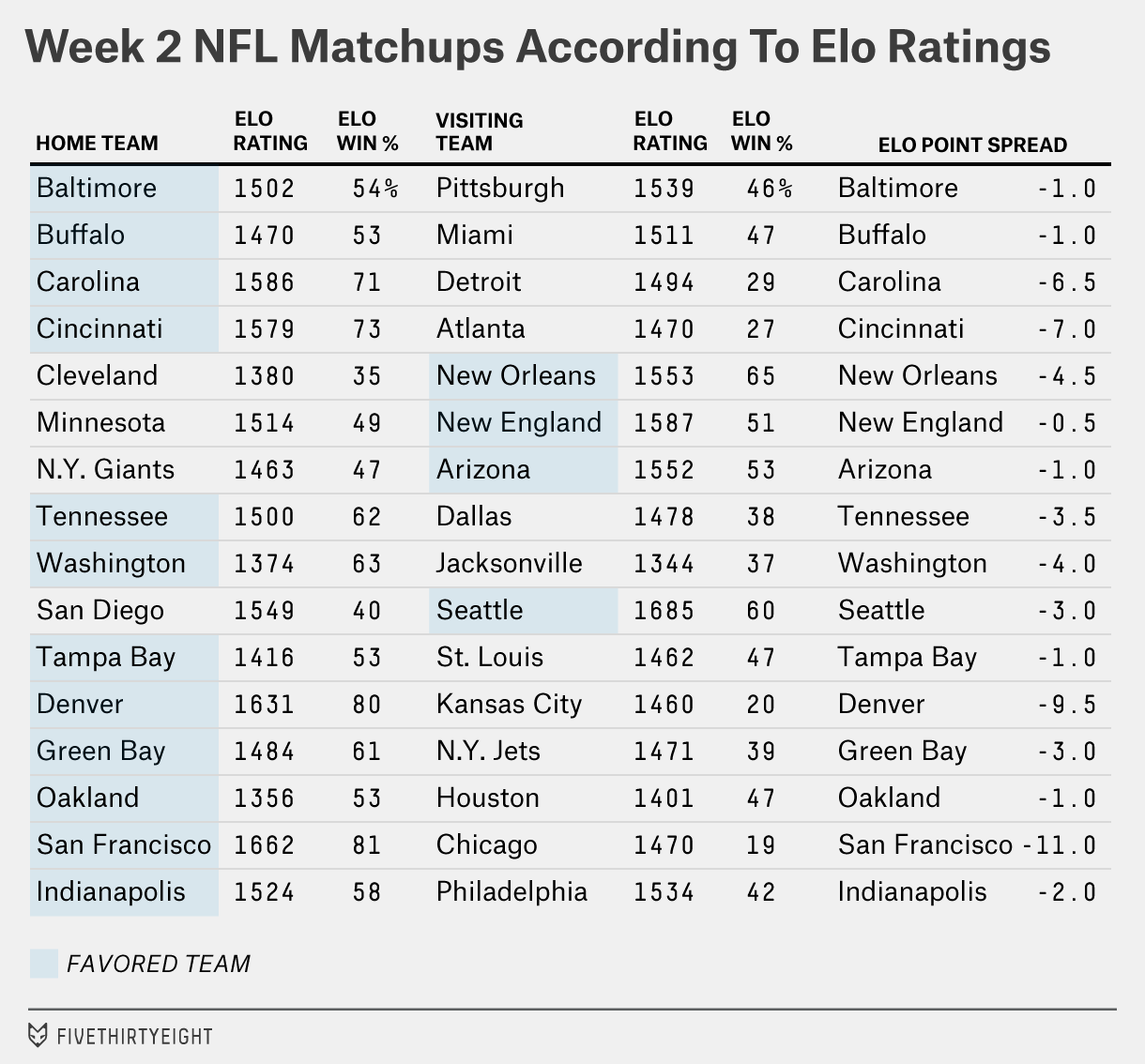 There are some funky matchups this week. Elo has the Vikings at almost even money at home against New England, while Vegas has the Patriots as 3-point favorites. Another point of disagreement is Seattle at San Diego; Vegas has the Seahawks as 6-point favorites — a lot on the road against a playoff team. Elo thinks they should be favored over the Chargers by a field goal instead.