As of Monday’s FiveThirtyEight forecast, there were 21 states that Barack Obama was projected to have at least an 85 percent chance of winning on Nov. 6. The list includes three important states, Ohio, Wisconsin and New Hampshire, where Mr. Obama’s polling has improved by an especially clear margin since the Democratic convention. It did not include several others, however, where he is favored, but less definitively so, such as Virginia, Iowa, Nevada, Colorado and Florida.

If Mr. Obama’s overall standing holds in its current position, he should have no trouble winning some of those states, perhaps along with others like North Carolina. But suppose there is a deterioration in his polls between now and Nov. 6 — or that the polls have overestimated his standing across the board. And so Mr. Obama wins the states where he has at least an 85 percent chance of victory in the forecast, but no others. Then we’d be left with the following map: 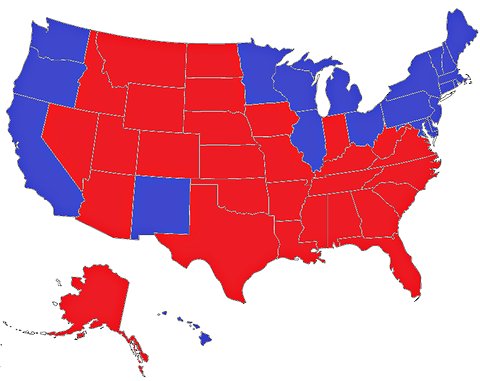 If you add up the electoral votes in that case, they come out to Obama 269, Romney 269: an exact Electoral College tie. The election would then be thrown to the House of Representatives, which would cast votes based on the provisions of the 12th Amendment.

Mitt Romney would probably win such an election, because Republicans will probably control a majority of state delegations in the incoming House of Representatives. (The forecast model draws lots and awards the election to Mr. Romney 80 percent of the time in such cases.)

But it would surely come with tremendous controversy, especially if the 269-269 tie came in an election in which Mr. Obama had won the popular vote.

Still, this probability has roughly doubled from a few weeks ago, when the chances had been hovering at about 0.3 percent instead.

Most of these tied simulations, 137 of 152, reflected the exact map that I described above — with Mr. Obama winning Ohio, Wisconsin and New Hampshire but losing the other highly competitive states. An especially good poll for Mr. Obama in New Hampshire on Monday accounted for some of the increase in this possibility, since New Hampshire now looks like a more likely win for him than other states like Iowa and Nevada, whose 6 electoral votes would be enough to clinch an outright win for Mr. Obama when New Hampshire’s 4 would not.

The next-most-common tie outcome came up just 5 times, but it is an interesting map. It begins with a rather common 270-268 winning scenario for Mr. Obama, in which he winds up losing Ohio, but salvages the election by winning Nevada and Virginia. (This is probably Mr. Obama’s path of least resistance if something goes wrong for him in Ohio.)

However, in these five simulations, Mr. Obama also lost the Second Congressional District in Maine — one of two states, along with Nebraska, that awards some of its electoral votes by Congressional District. Polls have shown Mr. Obama running well ahead of Mr. Romney in Maine statewide — but they have also had Mr. Romney within the single digits in the Second District, which is relatively poor and quite rural. Mr. Romney is very unlikely to win the Second District in the status quo, but if there is a swing back toward him nationally, it could be competitive. And if he won it, Mr. Obama’s victory would be transformed into 269-269 tie instead. 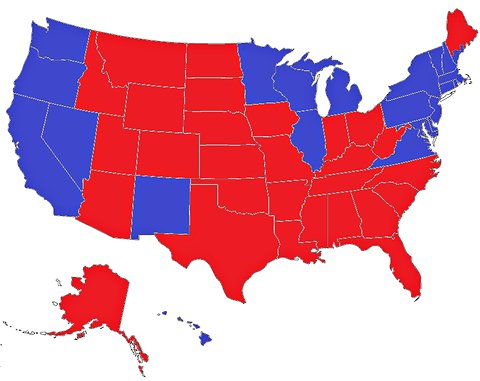 Only two other 269-269 tie scenarios came up more than once in the simulations. The case below is geographically coherent: Mr. Obama under-performs in the Midwest, losing Ohio, Wisconsin, and Iowa, but he wins the three swing states in the Western United States (New Mexico, Colorado and Nevada), along with wealthy New Hampshire and Virginia. Still, this outcome has become unlikely, given Mr. Obama’s polling strength recently in Ohio and Wisconsin. 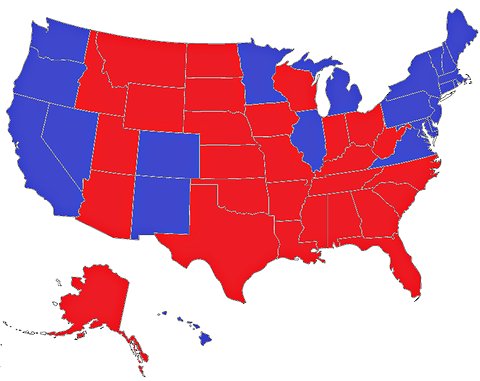 A variation on this theme would have Mr. Obama winning Wisconsin, which has 10 electoral votes, but losing both New Hampshire and Nevada, which together have 10. 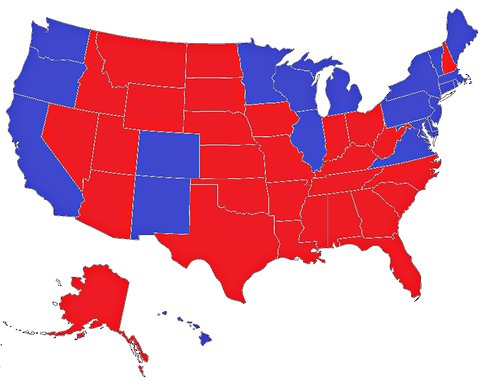 Five other tied maps came up exactly once in the simulations, and are presented mostly for amusement’s sake. They involve various implausible but not impossible combinations, such as Mr. Obama winning Wisconsin but losing Minnesota. 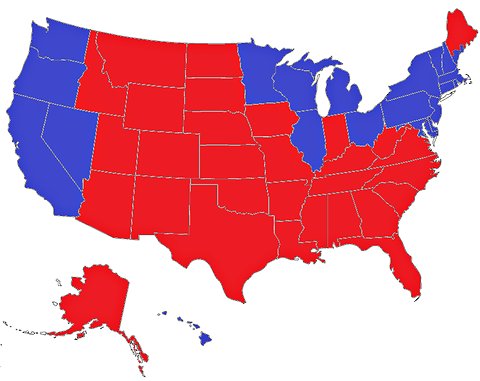 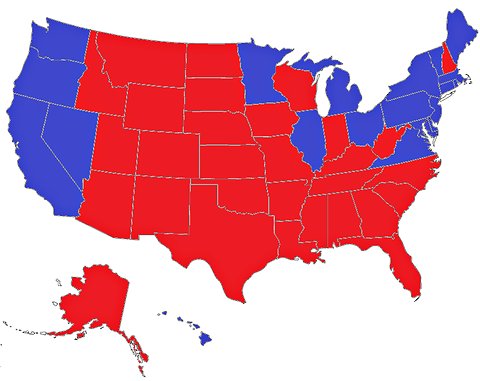 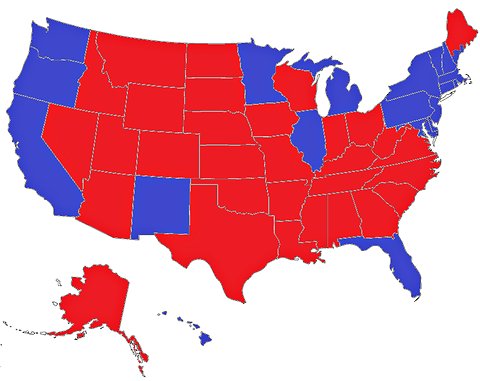 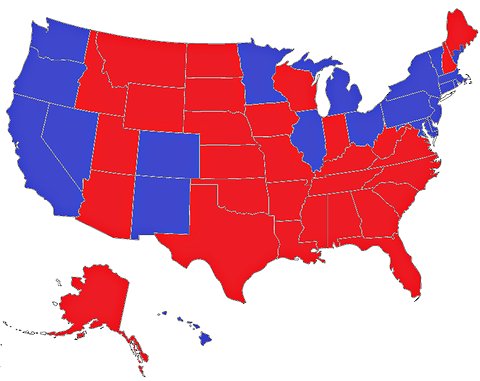 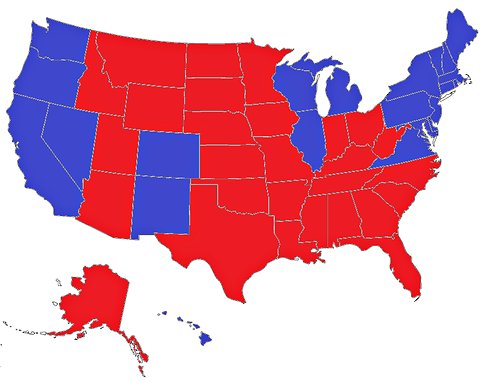 What is Mr. Obama’s defense against this? The wild card is if Mr. Obama won the Second Congressional District in Nebraska, as he did in 2008 and where polls have shown a competitive race. However, he is unlikely to do so if his standing declines nationally, as these 269-269 ties would require. So Mr. Obama will simply have to make sure that he targets 270 electoral votes rather than 269. Mr. Romney, conversely, who has his hands full in the swing states right now, might as well treat these tied maps as winning ones.