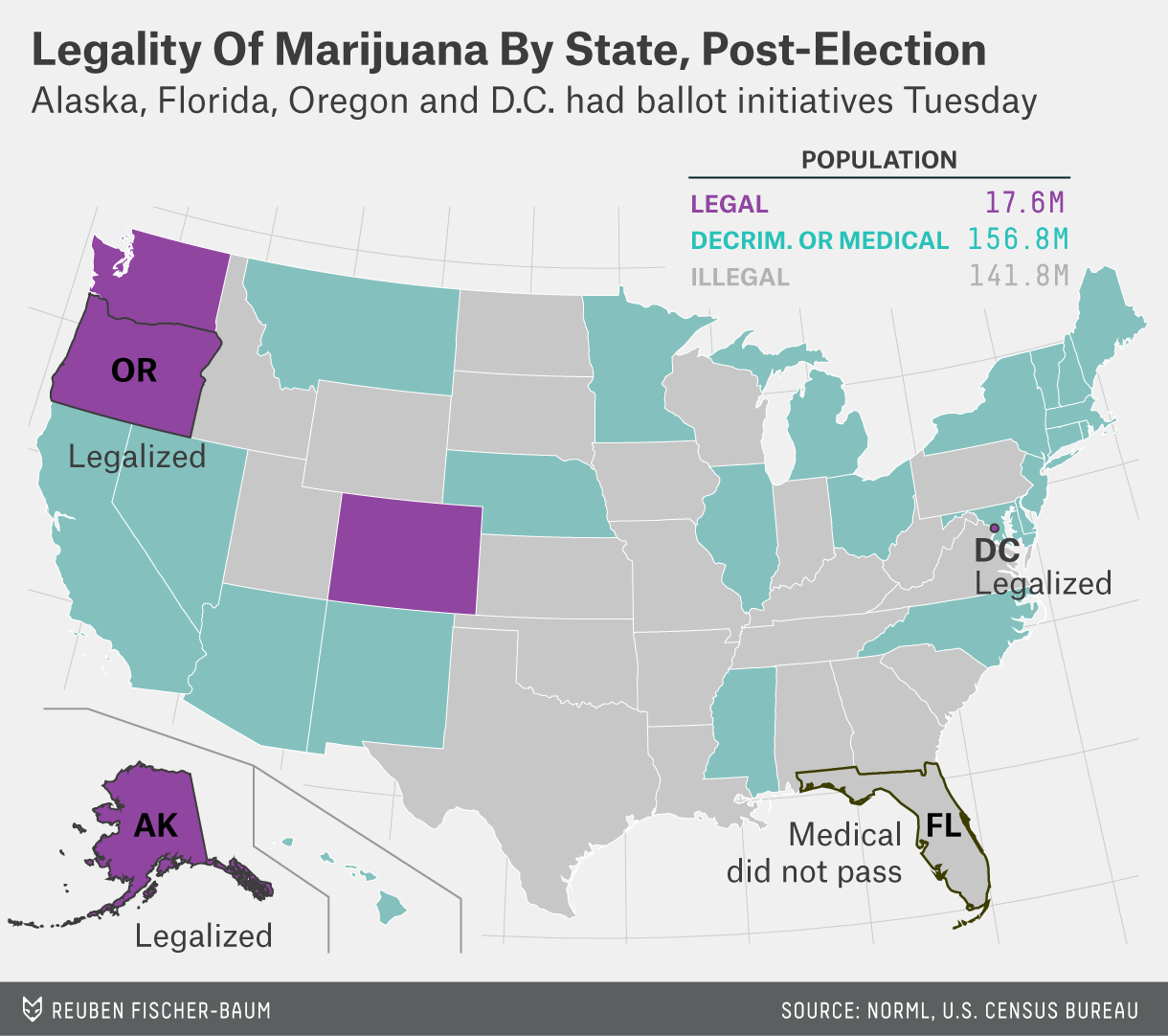 A brutal night for Democratic candidates also saw some major gains for the pro-marijuana movement: By safe margins, Alaska and Oregon have joined Washington and Colorado in fully legalizing weed. Voters in Washington, D.C., approved near-legalization (selling is still illegal).

Counting D.C., and assuming this measure holds — Congress has the power to reverse it — the U.S. population living in “legal” jurisdictions has grown from 12.2 to 17.6 million.

Nevertheless, 141.8 million Americans still live in states where cannabis is completely illegal and fully criminalized. Florida voted 58 percent for legal medical marijuana, but a 60 percent majority was required to approve the measure. Medical weed was, however, approved in Guam.

Can You Find A Trio Of Squares?

The Pubic Hair Preferences of the American Woman

Comic Books Are Still Made By Men, For Men And About Men