The first two days of March Madness came in like a lion and went out like a lamb. On Thursday, two of the first three games in the men’s tournament featured major upsets, with No. 14 seeds UAB and Georgia State defeating No. 3 seeds Iowa State and Baylor. Those games were enough to ruin more than 99 percent of people’s prefect brackets.

Then No. 6 Southern Methodist lost to No. 11 UCLA on a terrible goaltending call. And No. 7 seed VCU lost to No. 10 Ohio State (although Ohio State had been favored according to Vegas odds and the FiveThirtyEight forecast).

But that was pretty much it. In fact, the better seed won 23 consecutive games on Thursday evening and Friday until No. 11 Dayton finally beat No. 6 Providence late Friday night. (That game wasn’t much of an upset either: Dayton had a 49 percent chance per the FiveThirtyEight model.) Somehow No. 5 seeds even avoided their historic “curse,” going 4-0. Upset magic dissipated into a cloud of chalk.

So where does 2015 rank historically? Is it an upset that there were so few upsets?

I came up with a quick way to score upsets in the round of 64 in men’s tournaments since 1985, when the field expanded to 64 teams. Every time the inferior seed wins, it accumulates “upset points” based on the difference in seeding. (See the footnote for more detail.1) The more unlikely an upset, the more upset points. When a No. 9 seed beats a No. 8, it gets just 2 upset points. But a No. 16 would score 49 upset points for beating a No. 1 (something that’s never happened in the men’s tournament.) 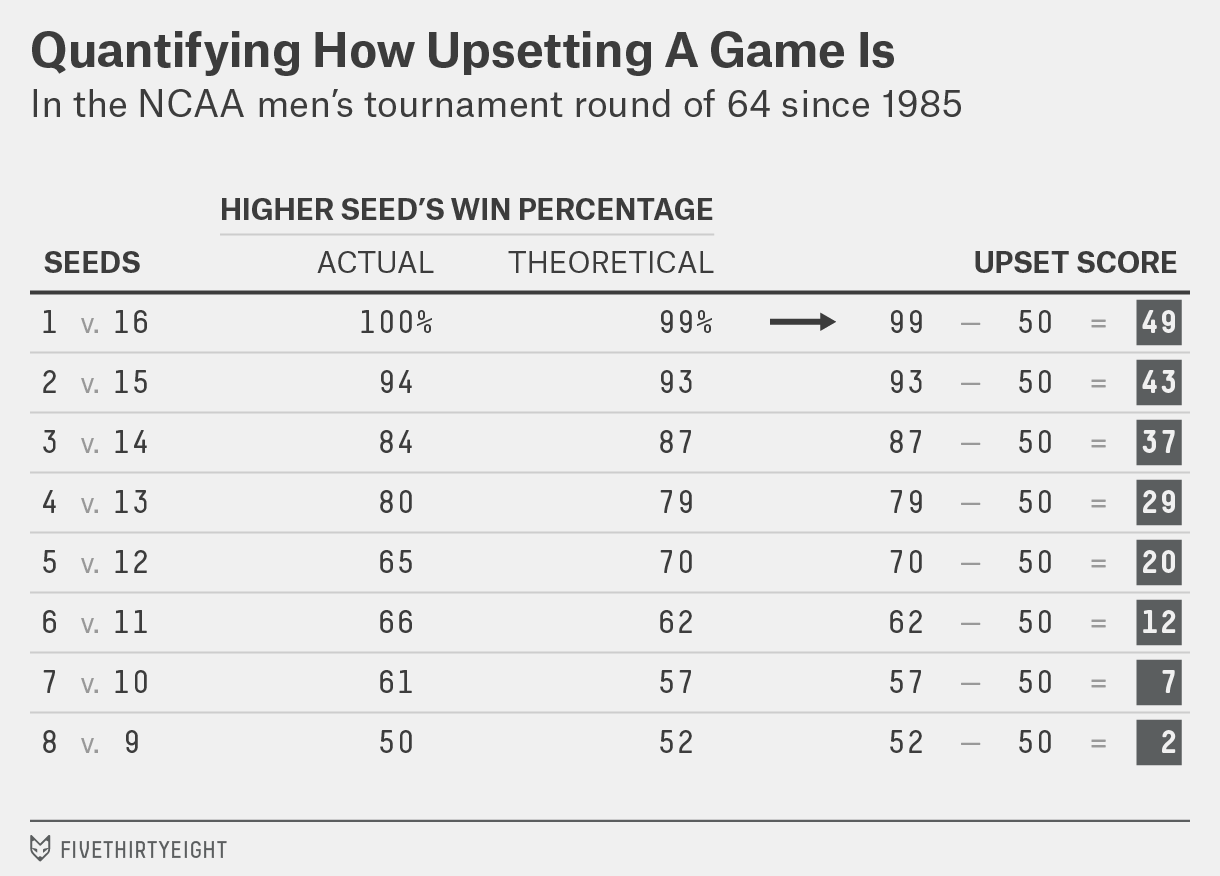 This year, underdogs scored 105 upset points in the round of 64:

This total is below average, especially by the standard of recent tournaments. Last year, there were 130 upset points in the round of 64. In 2012 and 2013, there were 195 and 192, respectively, the highest totals since the tournament expanded to 64 teams. However, this year’s tournament hasn’t been an outlier, by any means. The first round of the 2000 tournament featured just 26 upset points, while 2007 had just 30. 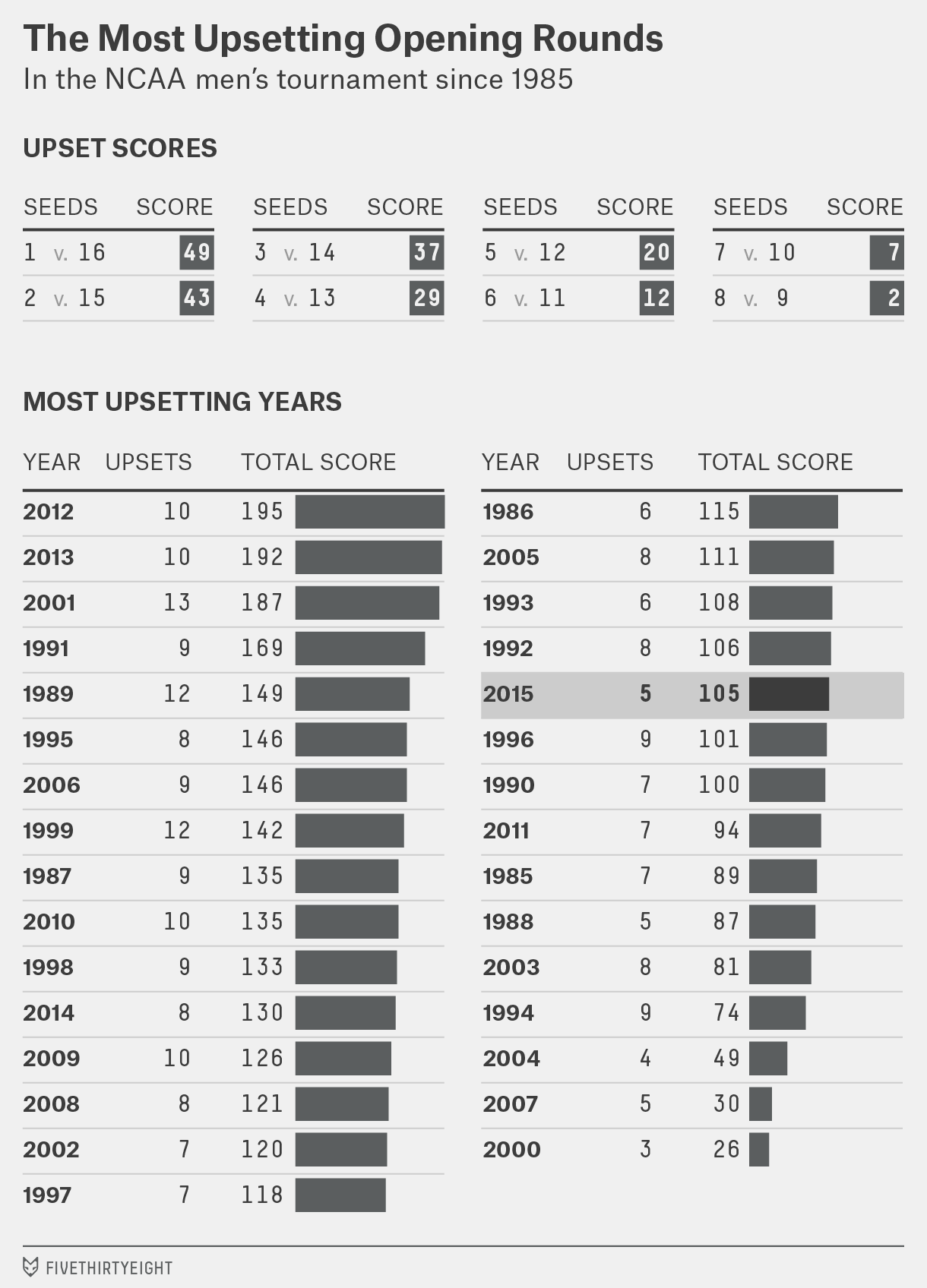 In theory, we might expect to see upsets increase as parity increases in the men’s game and the differences between the teams becomes smaller. And it might not be so surprising that there have been fewer of them in this year’s tournament, which bucked the trend toward greater parity.

But the NCAA has also made one move to reduce the number of upsets: It’s gotten better about seeding the teams correctly. The FiveThirtyEight model had the inferior seed favored in only 3 of the 32 games between Thursday and Friday, as did Las Vegas odds.2 So while real upsets like UAB over Iowa State may be increasing, “fake upsets” like Ohio State over VCU are on the wane.