As we near the NBA All-Star break, it’s time to update FiveThirtyEight’s NBA Power Ratings. Here’s the short explanation: Teams are ranked according to a projection of their strength over the upcoming week using Real Plus-Minus (RPM) player ratings provided by Jeremias Engelmann and Steve Ilardi. For a more detailed FAQ regarding these numbers, see our introductory rankings post. 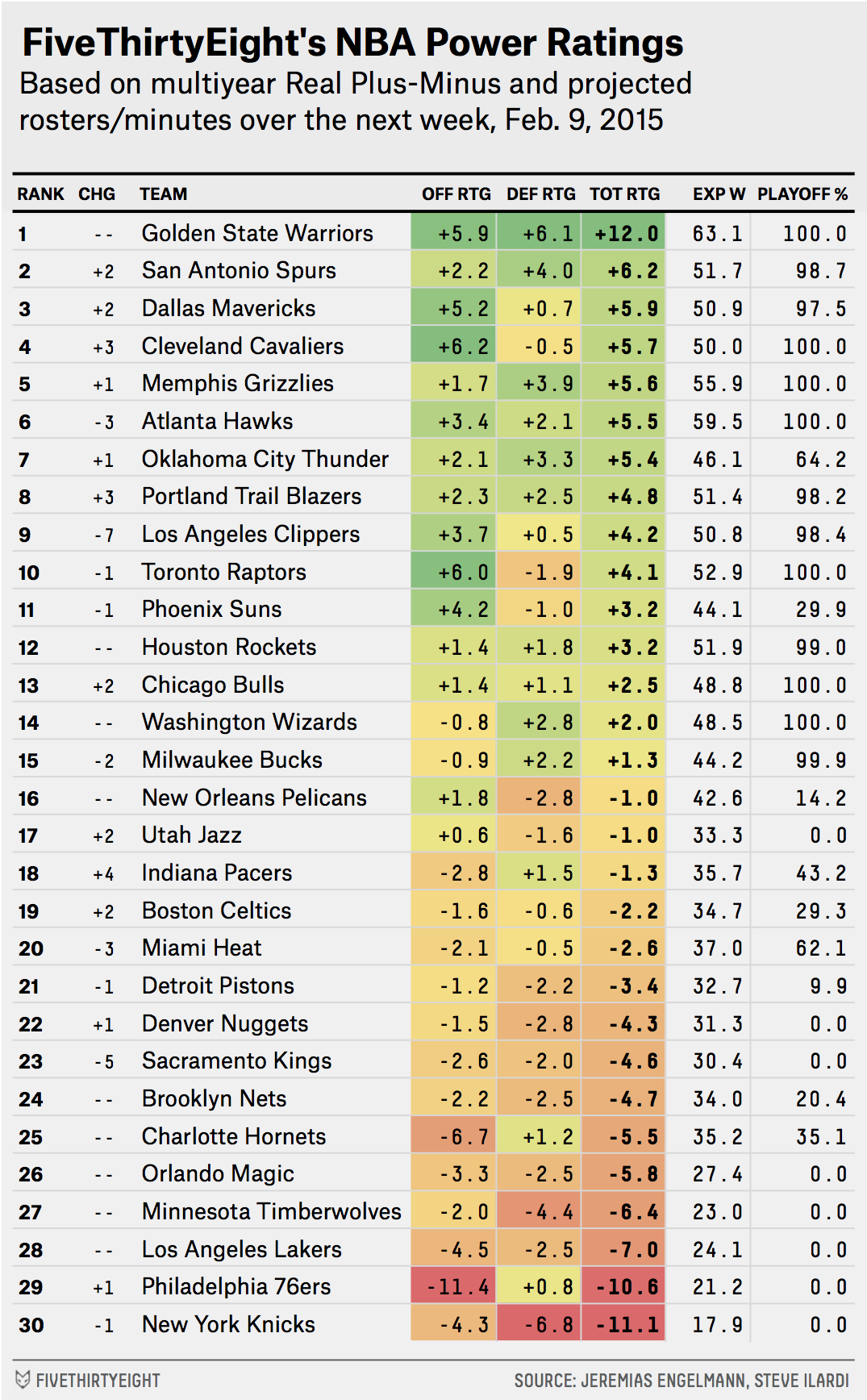 Some odds and ends from this week’s ratings: