Well, you can’t fault the McCain campaign for playing it safe. I think this is a potentially good pick for him, although a lot of that is because so many of the alternatives (like Tim Pawlenty) would have been so manifestly awful. 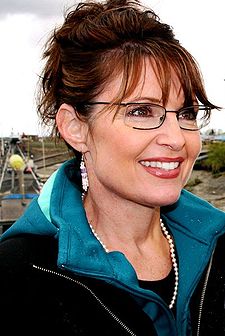 Obviously, there are also a lot of risks. In an interview with Kay Bailey Hutchinson on CNN right now, Hutchinson didn’t seem quite sure how to pronounce Palin’s name (PAY-LIN or PAH-LIN?), let alone recite any relevant facts about her.

I DON’T think Palin will have a lot of appeal to Hillary Clinton voters, as Palin runs squarely into some gender politics taboos, i.e. the younger, more attractive, but less qualified woman replacing the older one.

But the media will love her, and both conservatives and independents will like her. More thoughts later once I collect them.

UPDATED: Essentially, this is a branding play: it both puts a fresher, younger face on a tired, old party, and reinforces McCain’s image for boldness and Mavericktude.

But as one of my commenters notes, “it may be the biggest gamble in political history”. A significant gaffe on an issue like foreign policy — whether in the VP debate or in some other context — could render the election essentially unwinnable for McCain. And don’t expect the Democrats to refrain from going after her inexperience. The phrase “heartbeat away from the Presidency” appears to be in the standard Democratic talking points this morning.