The measles outbreak in California has highlighted Americans’ increasing resistance to vaccinating their children. Vaccination rates for infants younger than 1 have stagnated even as vaccination rates elsewhere are on the rise. Several countries with a GDP per capita of less than $1,000 — Burundi, Rwanda, Tanzania and Uganda, among them — now have an infant measles vaccination rate that is higher than that of the U.S.1

Between 97 and 98 percent of American infants were vaccinated for measles in the early 1980s, according to the World Health Organization. But as of 2013, the rate was 91 percent.

U.S. measles vaccination rates have not entirely rebounded since they fell to 82 percent in 1987, the year after Congress passed the National Childhood Vaccine Injury Act, which recognized that many vaccines weren’t properly tested for side effects and which compensates people injured by immunizations. Since then, health officials say, vaccines have been tested thoroughly and are safer, but American parents haven’t fully responded to that messaging. Immunization rates in the U.S. haven’t topped 93 percent in any single year between 1990 and 2013, the year with the latest available data.

In the past two years, U.K. vaccination rates — which were long suppressed in part because of a now-retracted 1998 paper by British scientists that linked developmental problems and other ailments in children with the measles, mumps and rubella vaccine — have exceeded those in the U.S.

It’s not only the U.K. that has passed the U.S. in vaccination rates. The rates of many poorer countries in the Americas — such as Belize — and in East Africa have eclipsed U.S. vaccination rates, buoyed by campaigns funded by United Nations agencies. 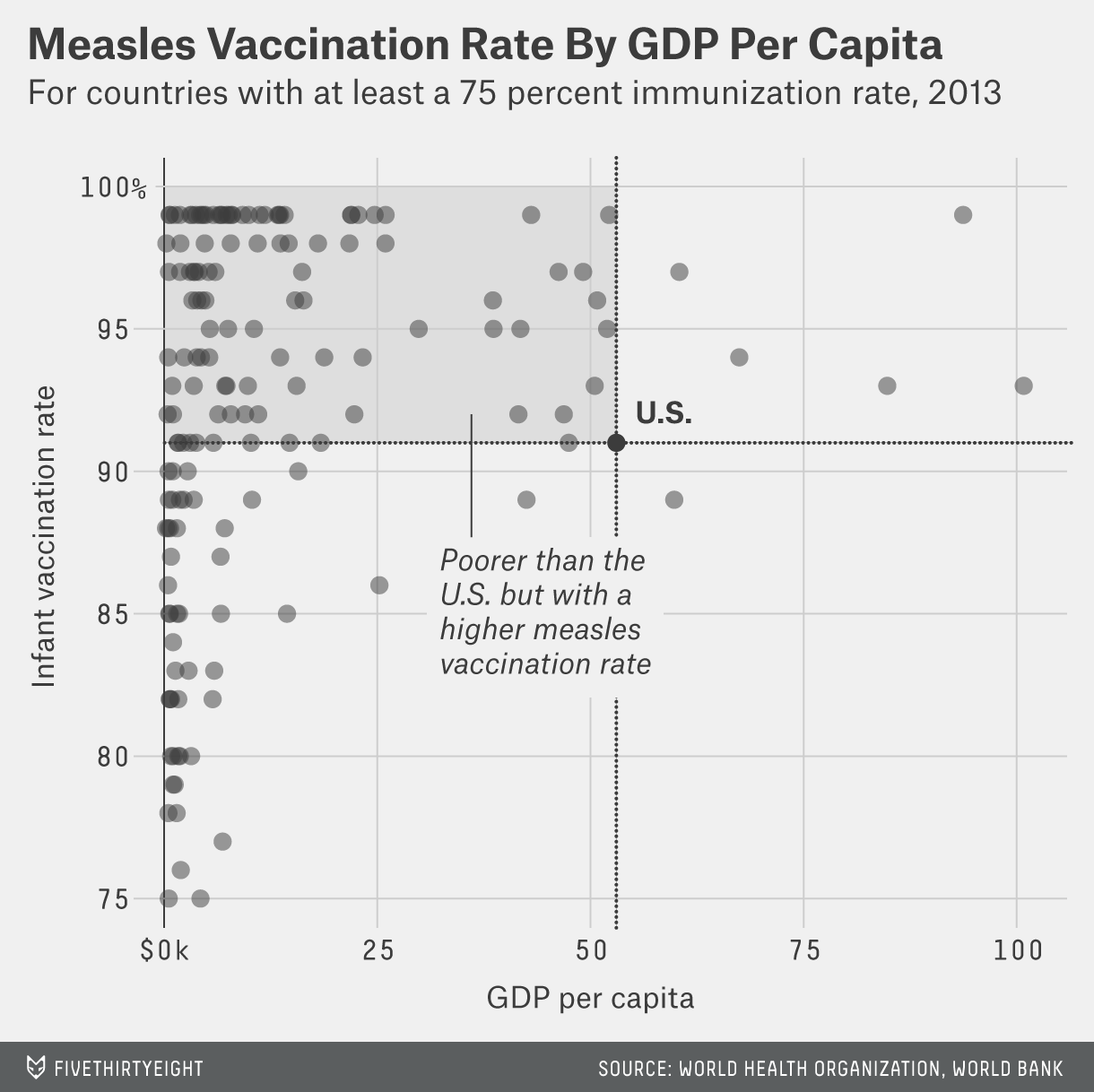 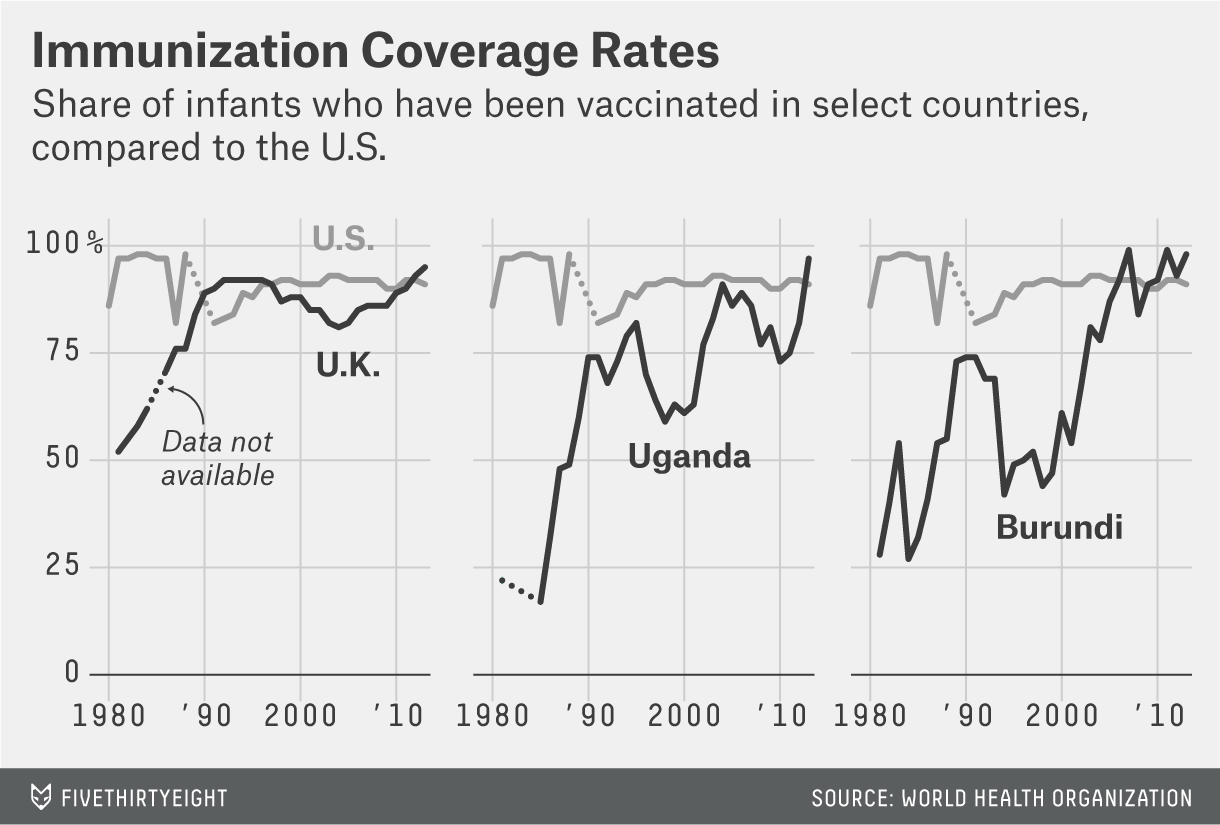 The relationship between boosting immunization rates and decreasing caseloads isn’t always straightforward. Without catchup vaccination programs, adults without immunity remain vulnerable and drag down herd immunity. Travel can reintroduce measles and lead to outbreaks. The vaccine isn’t perfect, and impoverished health systems can struggle to contain outbreaks. Angola, despite a major immunization push over the past dozen years, had a big outbreak of measles last year. By lagging in measles vaccination, and increasing the risk of outbreaks, the U.S. isn’t just hurting itself; it could put other countries’ hard-fought gains at risk.