In 2018, for the first time, a majority of Democrats said they considered themselves to be “liberal,” according to Gallup. At 51 percent, the 2018 share is only 1 point greater than the share of Democrats who identified as liberal in 2017, but it’s very different from how Democrats’ political ideologies broke down in the 1990s and early 2000s. 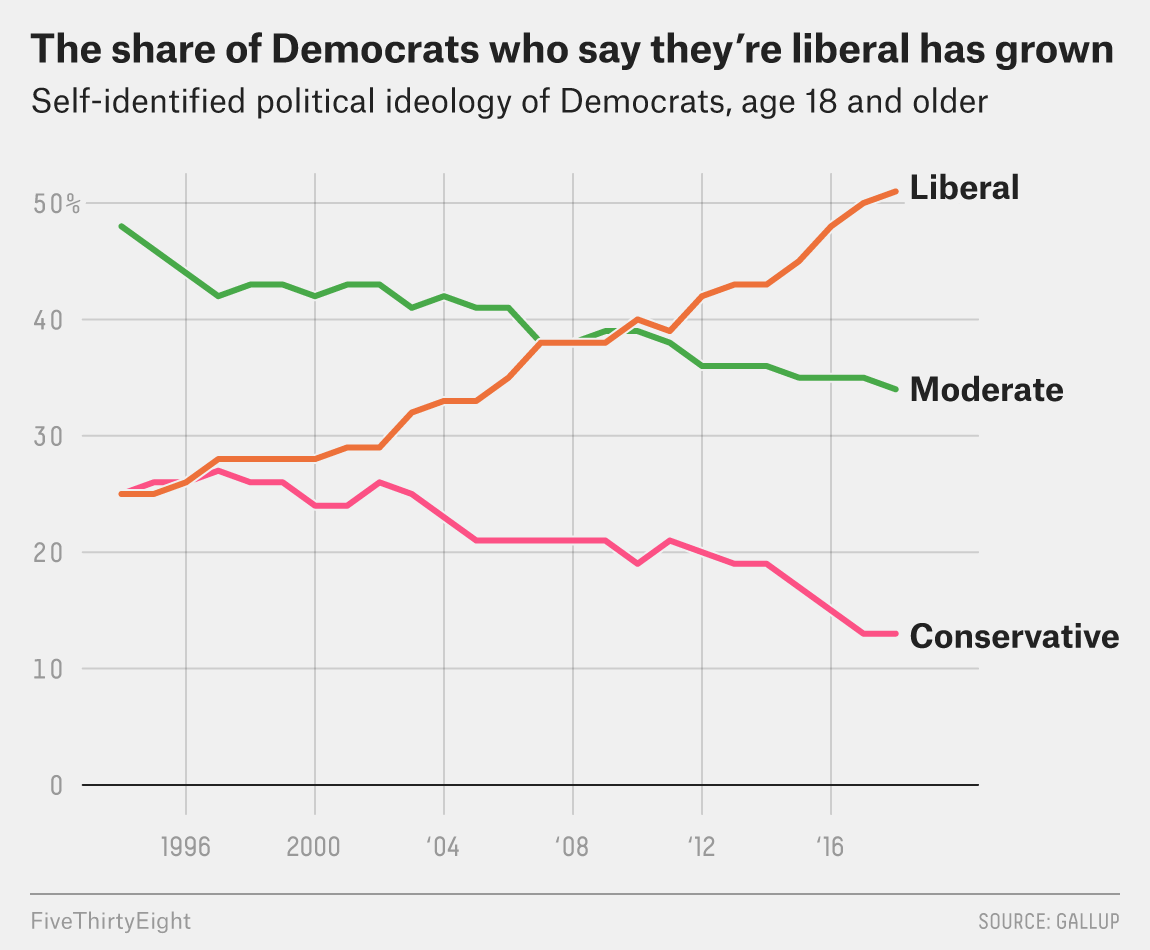 In 1994, during Bill Clinton’s first term, the share of Democrats who identified as liberal and the share who said they were conservative were the same, at 25 percent. Nearly half, or 48 percent, identified as moderate. But around 2000, more Democrats began to identify as liberal and fewer as conservative. Gallup found that from 2002 to 2014, the share of Democrats who said they were liberal grew by roughly 1 percentage point each year. Since 2014, the increase has been about 2 points per year, on average.

One possible factor in this shift could be the recent rise in the share of Americans who identify as independent, rather than as Republican or Democratic. In 2018, 42 percent of Americans said they were politically independent, the highest number since at least 1951, according to Gallup. It’s possible that some people who had previously identified as either moderate or conservative Democrats are now placing themselves in the “independent” bucket.

Overall, however, Gallup found that in 2018, the share of Americans who identified as liberal (26 percent) was smaller than the percentage of those who identified as conservative (35 percent), as well as those who called themselves moderate (35 percent). But even among all American adults — as opposed to only Democrats in the chart above — you can still see that the share of liberals is growing, jumping more than 9 points from 1992 to 2018. 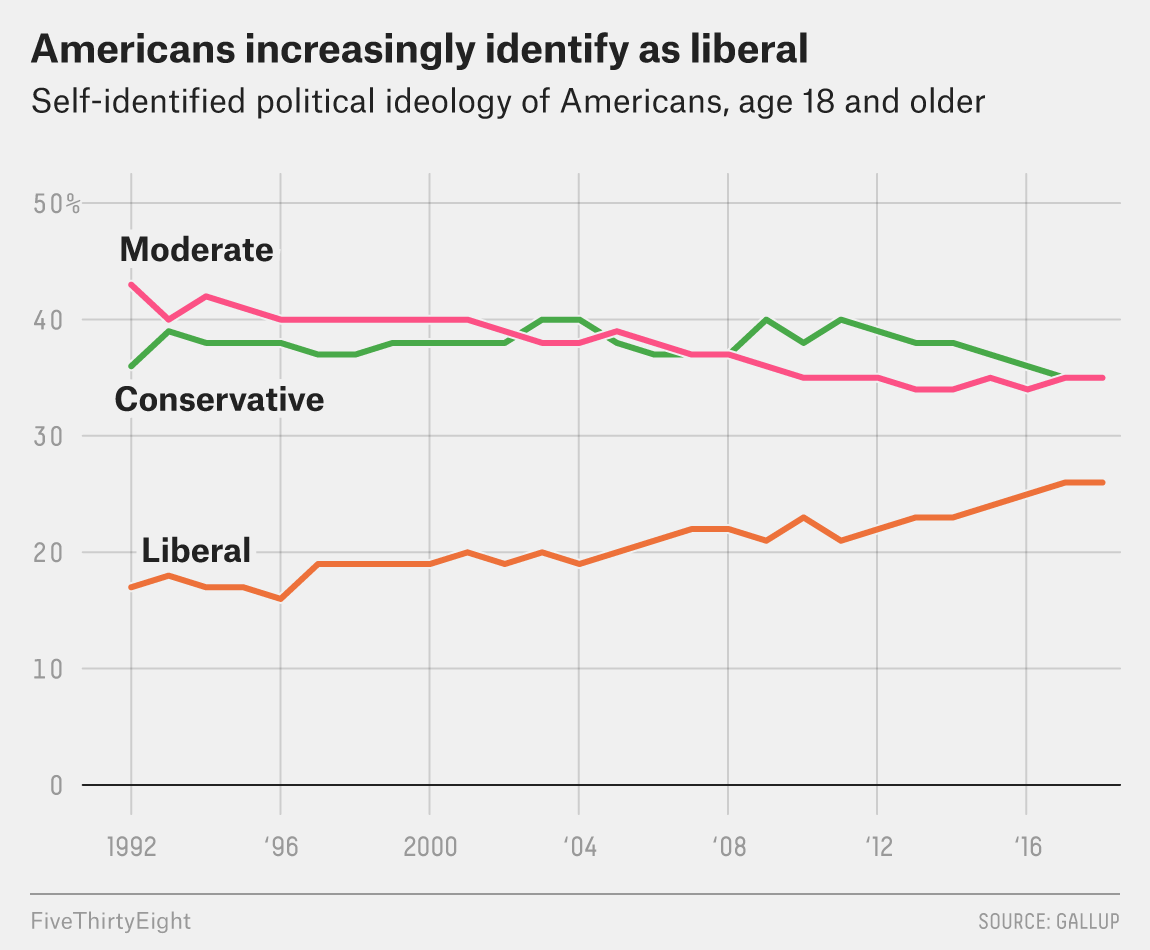 These trends could influence the type of political candidates and policy issues that appeal to the base of each party going forward. With 2020 fast approaching, we may see more liberal Democratic candidates and policies emerge, but that may prove to be a tough sell in a general election in which Democrats will need to win over some independents and moderates on the left who increasingly find themselves disconnected from the party’s base. 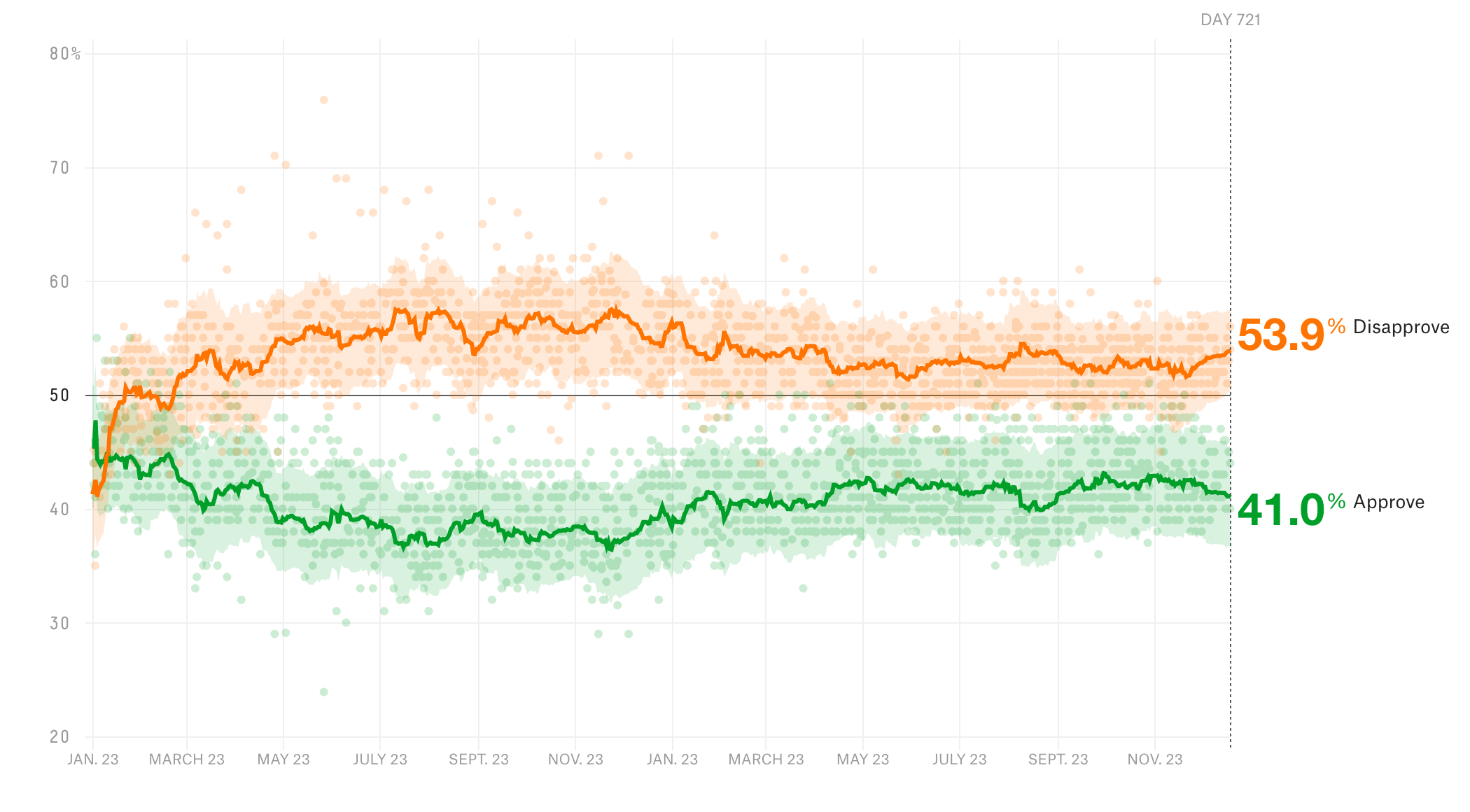