New Yorkers may be proud that Kira Kazantsev brought home the title of Miss America on Sunday, giving the Empire State the crown for the third consecutive year. But singers across the country probably don’t feel the same amount of delight (they probably weren’t tuning in), despite the fact that Kazantsev’s talent was a vocal performance of Pharrell Williams’s “Happy.”

Unlike New Yorkers, who can only claim six Miss America titles, this was the 46th win for a vocalist (there was no talent portion for eight years of the 88-year pageant). In fact, despite the competition’s historical reputation of less serious plate-spinning and baton-twirling, musical performances — singing, dancing and playing an instrument — dominate. 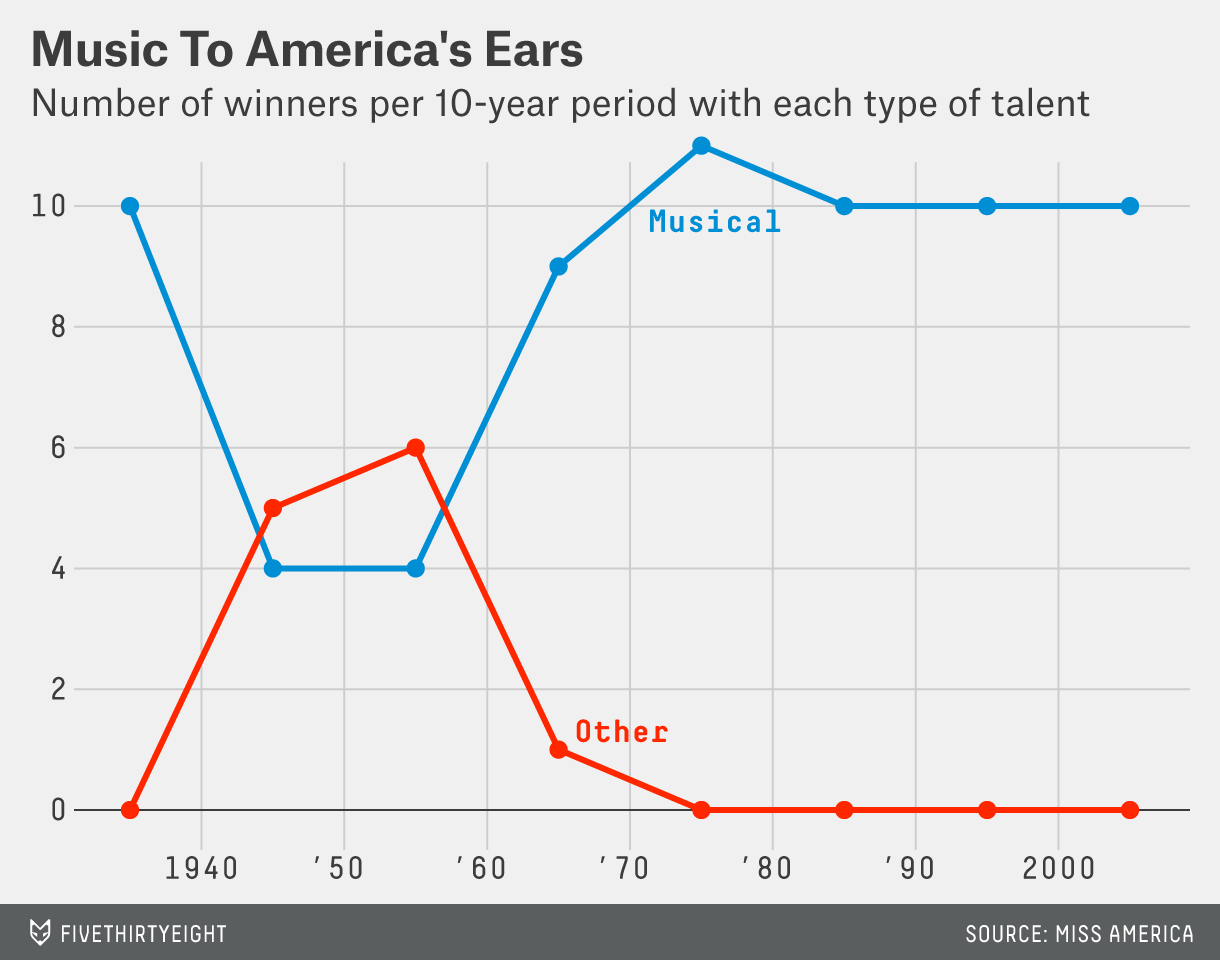 The 1945 to 1964 period is notable, however. Of its winners, nine performed dramatic recitations as their talent.

These days, such recitations are few and far between. Since 2010, there have been only three that could (with a stretched definition) fit into that category: two comedic monologues (Miss Montana in 2013 and this year’s Miss Maine) and one act of ventriloquism (this year’s Miss Ohio). Of the 318 performances since 2010, just 10 do not explicitly fit into the singing, dancing or musical instrument categories. (A quick note: There were two winners in 1984 because Vanessa Williams stepped down.)

Musicality wins. Why stray from the tried-and-true when no one has won the title by doing so since 1979 (in which the nonconformist was Miss Virginia, with a gymnastics routine)?

But in a competition to be “Miss America,” it’s worth asking how well these women actually represent America. Is a plethora of musical performances indicative of a particularly musical people? Data on how many recreational singers, dancers, instrument-players, comics and ventriloquists we have in the United States is hard to come by, but the Census does give us a way to approximate an answer.

The 2010 Census asked people whether they had participated in various leisure activities within the past year, and although nearly half of the respondents ate out in that period, the numbers aren’t as high for singing, dancing and playing an instrument.

About 9 percent of respondents had danced, 8 percent had played an instrument and 4 percent had sung karaoke.