For Freud, everything was about sex. For Marx, it was the struggle between capital and labor. These thinkers took their big idea and applied it relentlessly. Or, as the saying goes (sort of): They had a favorite hammer, so every problem looked like a nail.

For Martin Wolf, the chief economics commentator for the Financial Times and one of the world’s foremost writers on macroeconomics and international finance, his hammer is “global imbalances.” And many of the economic and financial problems of today are the nails. 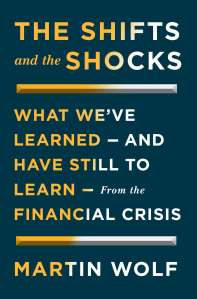 His latest book, “The Shifts and the Shocks: What We’ve Learned — and Have Still to Learn — from the Financial Crisis,” was released Thursday in the United States. It’s a great read. The book will be unsettling to anyone who thinks the financial system is any more stable now. The financial sector in many high-income countries is still vulnerable to crises, and reforms put in place have not gone far enough, he argues.

Global imbalances exist when certain countries export far more goods and services than they import, and vice versa. As a consequence, money also flows in mirrored ways. And, according to Wolf, this arrangement of global finance is fundamentally destabilizing (more on why in a moment). Until global imbalances are solved, he argues, financial crises will continue.

The key measure of global imbalances are each country’s current account balance, a measure of trade (and some other stuff). See the chart below, scaled as a share of world GDP. 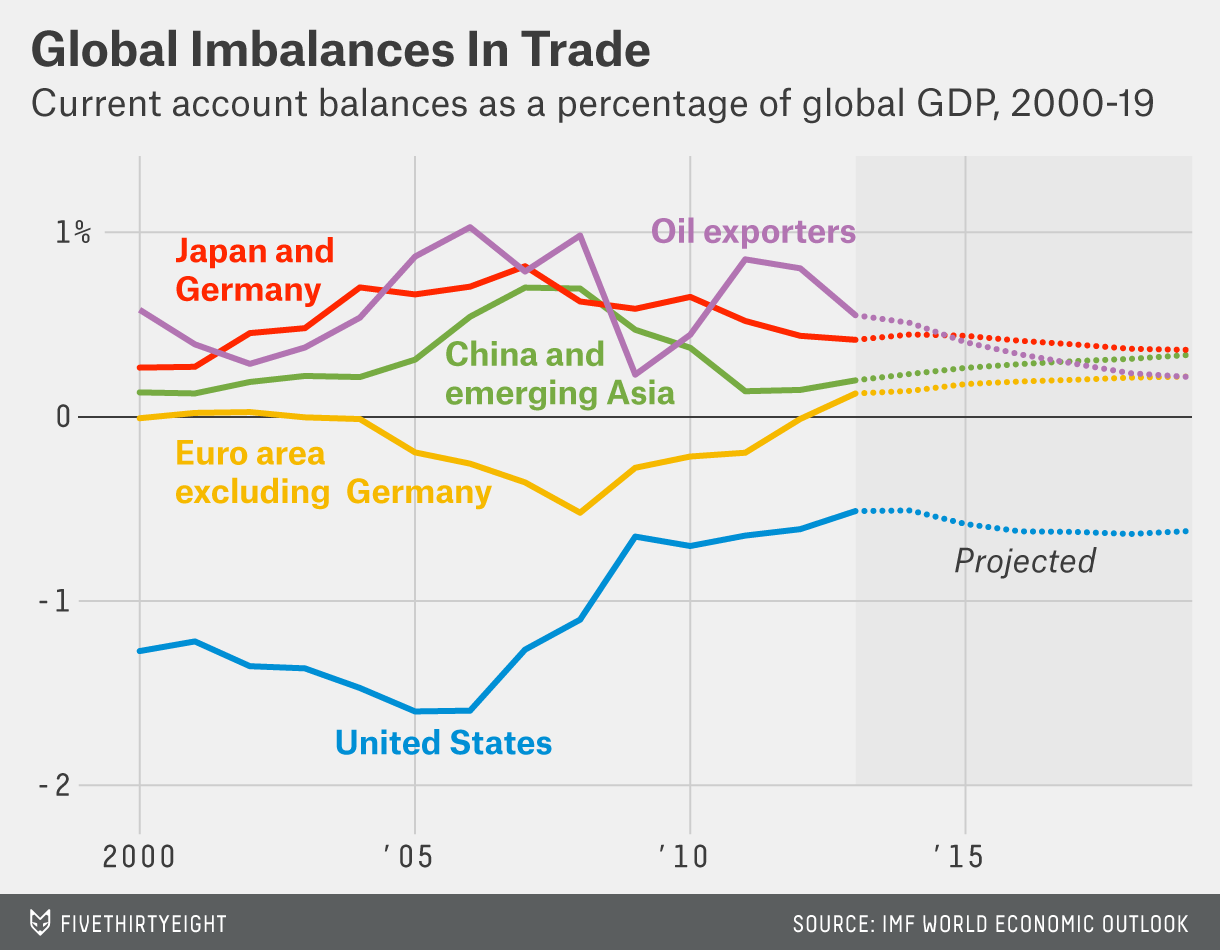 The U.S. is an outlier in the size of its trade deficit. Imbalances grew in the early and middle 2000s, in the lead up to the 2008 global financial crisis. Why are imbalances destabilizing? Well, flush with these export earnings, China and the other major exporters saved these funds, often reinvesting in U.S. Treasury bonds. Former Federal Reserve chairman Ben Bernanke dubbed this inflow of cash the “global savings glut” in a speech in 2005.

The imbalance of global trade combined with high savings rate in these exporter countries (particularly China) caused abnormally low interest rates in the U.S. and Europe. And these low rates were the gasoline that worsened the fire of the housing and debt bubbles there.

Global imbalances are the patient zero of financial crises, according to Wolf. And Wolf has swung this hammer before. In a previous book, “Fixing Global Finance,” Wolf argued that not only are these global imbalances the main cause of such problems, but they’re also the key to prevent them from happening again. Wolf has, once again, written a erudite, brilliant and data-heavy book on global macroeconomics.

But could this focus on global imbalances as the culprit to our economic problems go too far? Wolf does argue smartly for other reforms, but you get the feeling that global imbalances explain everything. Might financial regulation at the domestic level, or China’s investment-heavy mercantilist model, or the skewed incentives of corporate managers, or the Federal Reserve’s monetary policy, or … any number of other factors also play a role?