Florida Sen. Marco Rubio is clearly thinking about running for president. Yet the man who once led in early polling for the 2016 Republican nomination is stuck in the mid-single digits. In a field where no one is polling higher than the mid-teens, that isn’t devastating. Instead, what could hurt Rubio is the undermining of his chief argument for the nomination: He was the electable conservative, with a solidly right-wing voting record in Congress but still well-liked by the political middle. 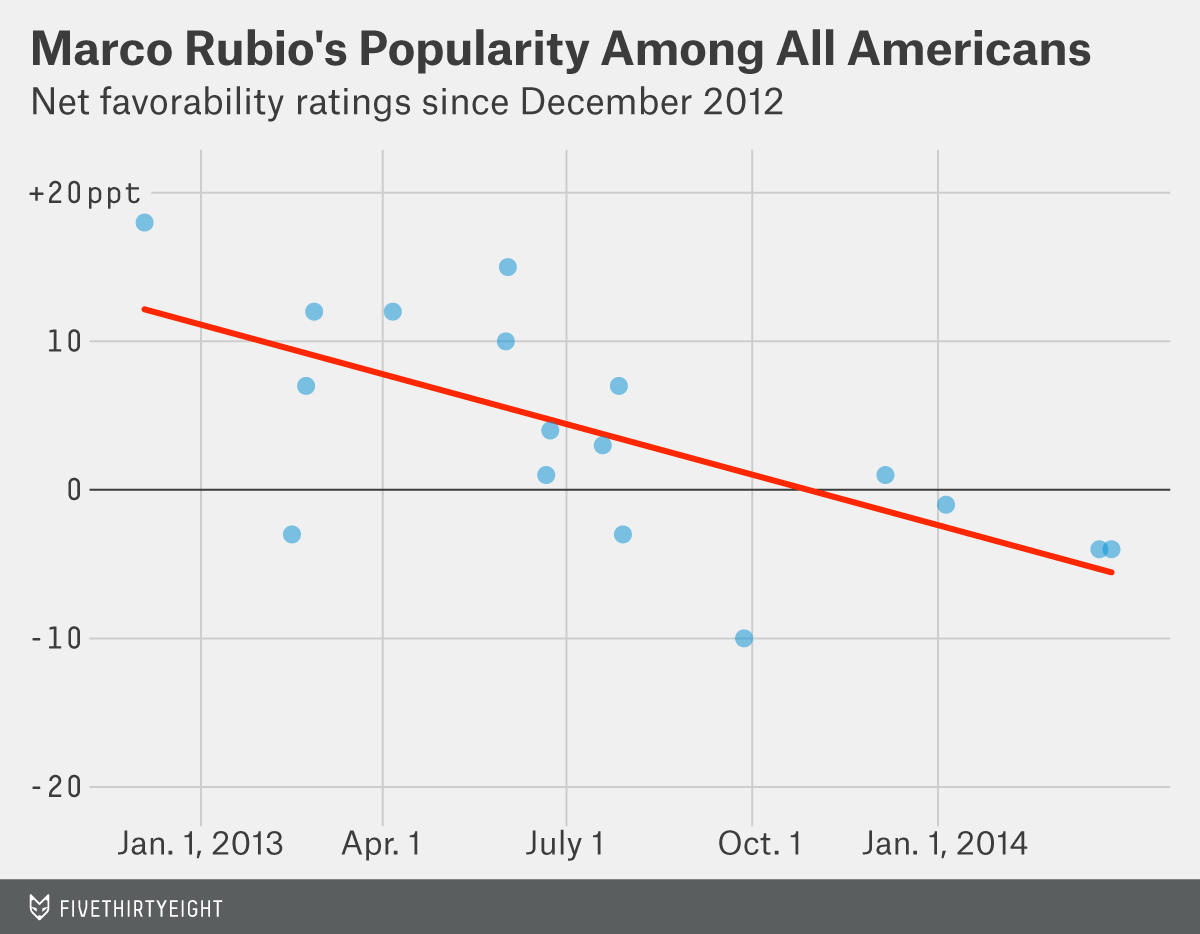 It’s not clear why Rubio has fallen. The decline in his popularity among adults corresponds almost perfectly with his push for immigration reform; his largest drop occurred in June as the Senate was debating comprehensive changes to U.S. policy. I wouldn’t argue that pushing for immigration reform made Rubio unpopular, but it did give him a lot of press. FiveThirtyEight has previously said that Rubio’s ideology ranks as quite conservative. It’s possible that Americans learned more about Rubio than just his views on immigration during that period.

So, what does this mean going forward?

There is plenty of time for Rubio’s popularity among the general electorate to recover. The problem for Rubio is that his lack of a stronger electability argument may hurt him in the early, behind-the-scenes battle for campaign staff, donors, endorsements and other resources.