Bright and early on a chilly morning in Augusta, a crowd of just under 3,000 lined up to see Sarah Palin stump for Saxby Chambliss, her first stump appearance since the presidential race ended nearly four weeks ago.

Palin implored the crowd to vote for Saxby, “not just for Georgia” but for Alaska, Hawaii, and the rest of the country. Checks and balances in Washington, Palin argued, are what is “needed for our democracy.” 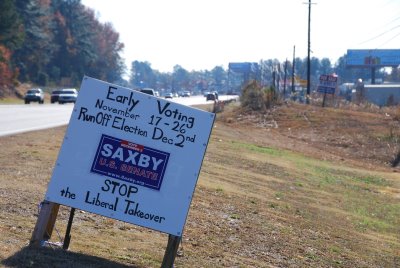 Balance of power is the argument, and as the attack ads saturate Georgia airwaves, Palin’s crowd cheered for her noticeably lucid argument that supporting Saxby Chambliss meant one critical vote for policies the Republican base holds dear. While sending Rudy Giuliani to north Georgia might have been questionable, any time you can get 3,000 to come out on a cold weekday morning in a smaller part of the state for a runoff election, it’s wise to take that opportunity. 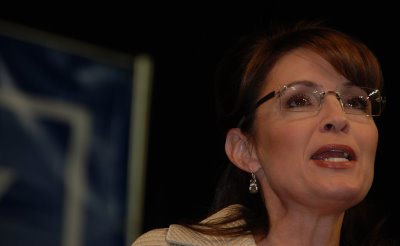 We’re here in the Gwinnett Center in the midst of Palin’s 4th appearance of the day (stops in Savannah and Perry — near Macon — preceded this gathering). Roughly 4,000 appear to have gathered, including Ralph Reed and at least two girls with tiaras, and we’ll append pics for you in an update later. Palin’s address this afternoon is degrees more impassioned and powerfully delivered than her relatively quick remarks in Augusta.

Palin also showed a wry sense of humor that made the audience chuckle when she said that to raise taxes right now “would be ludicrous,” an allusion to rapper Ludacris’ appearance at the state Capitol on behalf of Jim Martin later today. It’s a good sign for Martin, at least, that the word is out. (Gillian is particularly excited to see T.I., who is rumored to appear as well.) 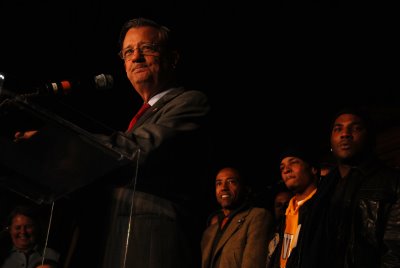 Josh Putnam has an excellent analysis of the final early voting numbers here, and points out that African-American vote stayed 22.5% on early voting of 491,540. That represents a tough hill for Martin to climb on Election Day.

The feeling we’ve gotten as we’ve stopped into Martin field offices around the state these past few days is that it’s been only the final week where the Obama field troops have felt like they’ve seen the voter contact and GOTV numbers move to where they’re happy. We may have understated the Obama field presence. The Suwanee (Gwinnett County) office alone has 31 Obama organizers. While that is larger than typical for Martin offices dispersed around the state, it should give you an idea of how determined the field focus is.

It will take a huge final-day push to overcome the early lead. A PPP poll released today says that Chambliss led 58-41 among early voters. If that poll is true and early voting turns out to be 25% of the runoff vote (i.e., runoff voting turns out to be roughly 2 million, or roughly half of November 4’s total), then Martin will need to win 53-47 tomorrow to edge Chambliss in the race. 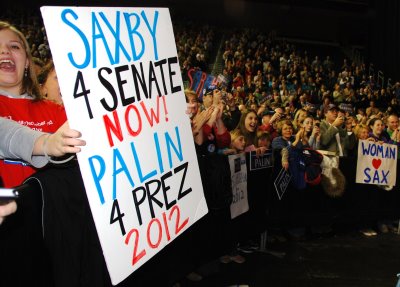 The frustrating thing about projecting a runoff is that few know what will happen. Polling models are hard to trust, given the small number of data points and unpredictability of enthusiasm. Right now we know that the early voting black vote is great news for Saxby Chambliss, and we know from observation that the Martin ground game is far more robust, far more experienced and far more intense, which is great news for Jim Martin.