The International Monetary Fund on Tuesday released its annual “World Economic Outlook” report, which includes economic forecasts for countries. The IMF’s forecast for overall global gross domestic product growth in 2014 (3.6 percent year over year) is getting most of the attention. This was a slight downgrade from its last projections, made in January.

Beyond these little-changed projections, the IMF made more significant revisions to its forecast for consumer prices. Inflation will rise to just 1.5 percent this year in advanced economies, according to the IMF. That is down 0.2 percent from the January projections. The IMF also revised down its 2015 inflation forecast to just 1.6 percent. For already-low inflation numbers, these are meaningful changes.

As the chart below shows, inflation has declined drastically across most world economies over the past 35 years: 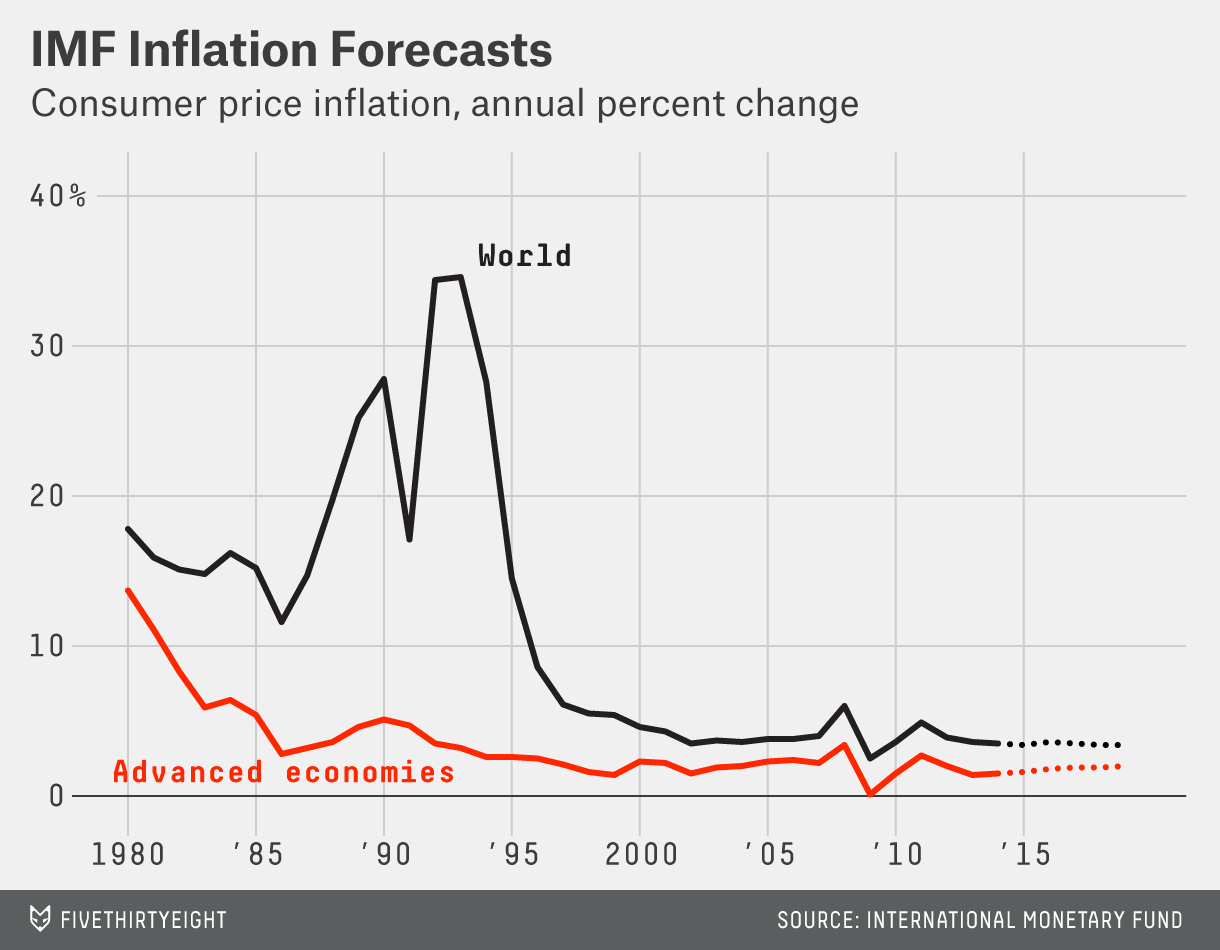 Last week, IMF Managing Director Christine Lagarde gave a speech warning against the perils of low inflation in advanced economies, especially in the eurozone, saying that a “potentially prolonged period of low inflation can suppress demand and output — and suppress growth and jobs.” For the U.S. and eurozone, inflation is projected to be only 1.4 and 1.1 percent this year, respectively, and is expected to slowly rise over the next few years.

Indeed, persistently low inflation is usually a signal that an economy is performing well below potential. From Page 7 of the IMF report: “In advanced economies, inflation is currently running below target and below longer-term inflation expectations, at about 1½ percent on average.” The Federal Reserve’s inflation target in the U.S. is 2 percent, and the European Central Bank’s is “below, but close to 2 percent” in the eurozone.