I’ve been working with NPR to discuss a number of the week. This time it’s 65 — that’s the number of days it took for a group social experiment known as “the button” to play out on the website Reddit.

In all, more than 1 million people pressed the button before the timer managed to reach zero. Reddit collected and shared data about how those users engaged with the experiment. And several members of the community created fascinating interactives and graphics like the one below, which illustrates the distribution of button pushes over time (created by vir_innominatus).

I described the experiment to NPR’s Weekend Edition team and tried to explain what it all means. You can listen to the segment above. 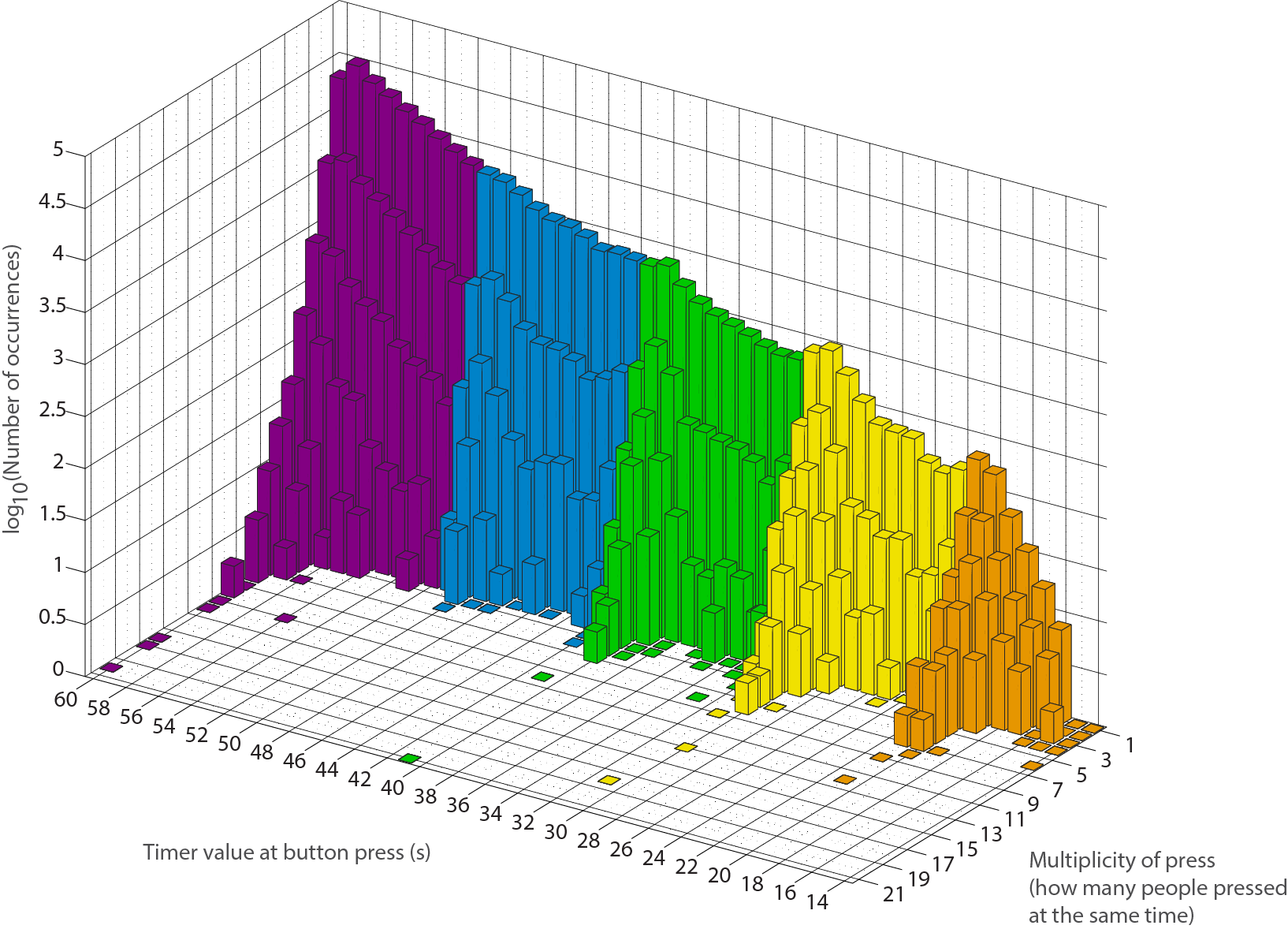