It may seem that corruption in American politics is on the rise.

The public sees it that way. According to Gallup, Americans think that political corruption has become more widespread over the past several years. 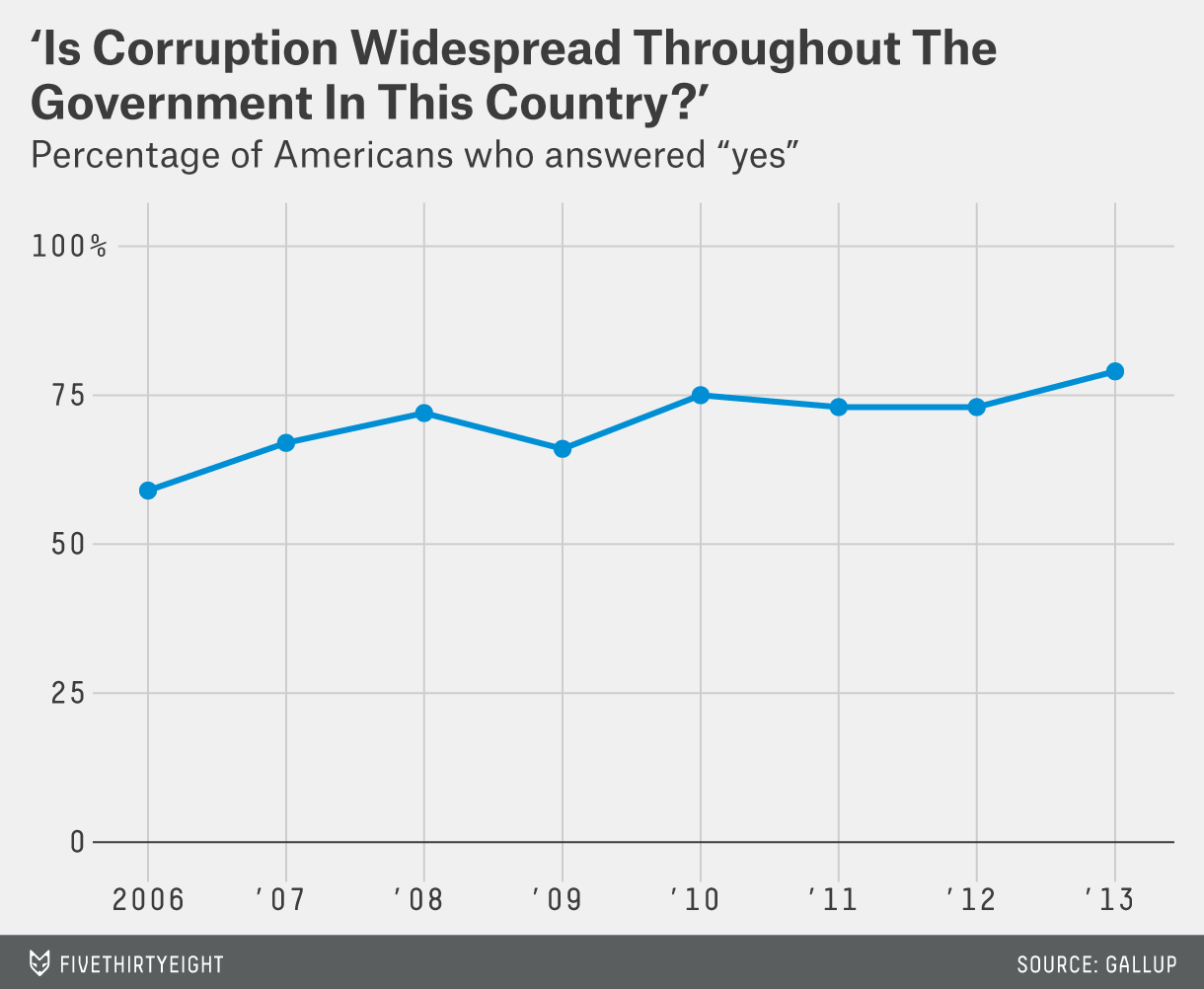 And yet the best data we have on political corruption doesn’t bear that out. The Public Integrity Section of the Justice Department reports statistics on corruption cases to Congress every year, and although it might be a stretch to say that the country has gotten less corrupt over time, the problem certainly hasn’t grown. 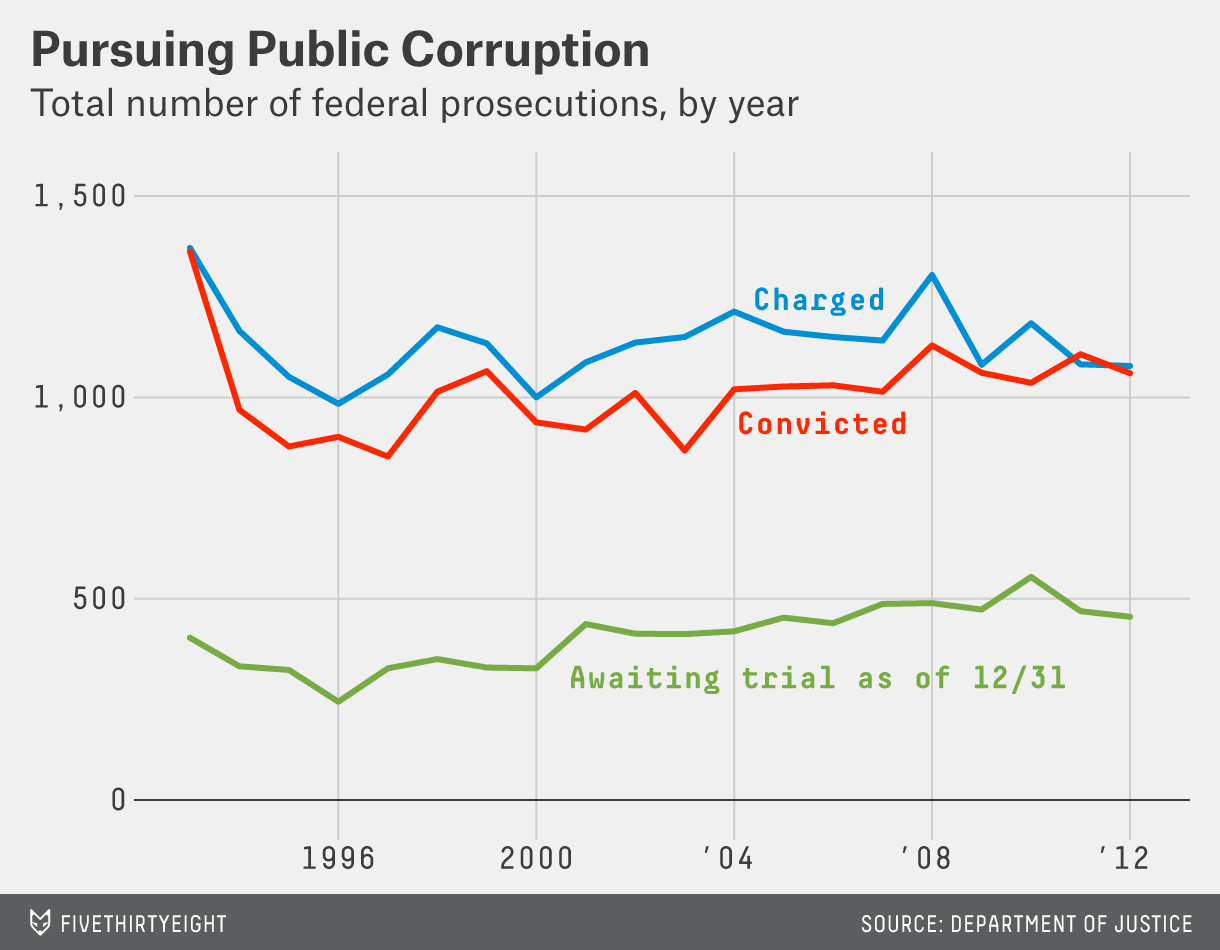 Granted, the number of prosecutions might not be indicative of the overall problem. What if the federal government has just gotten worse at prosecuting corruption?

For a more all-encompassing look at the issue, there’s Transparency International’s Corruption Perceptions Index. It’s important to note that he index doesn’t focus solely on corruption in the government, but the overall amount of corruption in a country.

Transparency International issues scores (on a scale of 0 to 100, 100 being corruption-free) based on surveys of analysts and experts in each country. 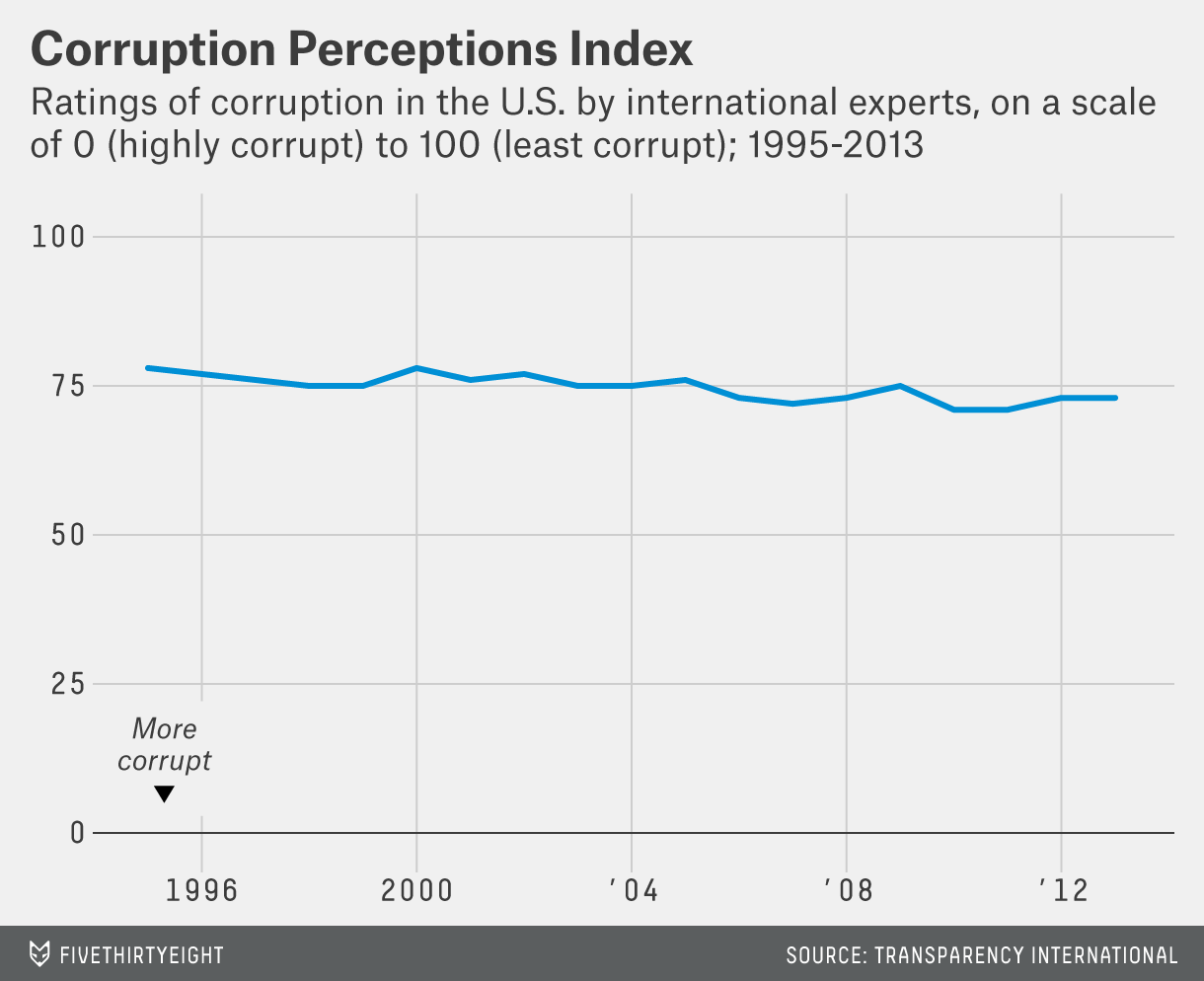 Again, there’s an ever-so-slight downward trend, but it’s safest to conclude that the level of corruption has stayed about the same over the past 20 years.

That’s not to say that we don’t have a corruption problem, or that Americans are wrong in their belief that it is widespread. The United States has ranked between the 14th-least corrupt country and the 25th since Transparency International began the index. That’s not terrible, but it could be better. (We fell behind Qatar between 2010 and 2012.)

Maybe Americans are becoming more aware of political corruption charges or beginning to care more about them. Either way, those who have shown more concern over the years might take solace in what the facts show: McDonnell isn’t part of a growing problem; he’s part of an established (and stable) American tradition.

CORRECTION (Aug. 22, 2:32 p.m.): A previous version of this article said the Corruption Perceptions Index starts at 1. It starts at zero.