These are the symptoms of the faulty brakes in some 200,000 General Motors vehicles recalled Sept. 20, according to The New York Times. On Sept. 22, Reuters reported that Chrysler recalled 230,000 SUVs because of a fuel pump issue. And last week, in one of the most high-profile recent cases, GM agreed to pay claims for at least some of the 19 deaths linked to faulty ignition switches.

Not even Ferrari is immune. Three thousand of its $230,000 F458 models were recalled because of a faulty trunk latch.

If it seems like recalls have become more common, it’s because they have.

The National Highway Traffic Safety Administration, the government agency charged with enforcing vehicle standards, provides data on all vehicle recalls — about 90,000 total. (It also has data on recalls of tires and other equipment.) After cleaning the data to consider only unique NHTSA recall campaigns and dropping the observations for which the notification date is unknown, this left 13,945 recalls — 9,883 are since 1990.

Here is the number of NHTSA recall campaigns by year that owners were notified of the recall (the figures for 2014 are simple projections based on the number of days left in the year): 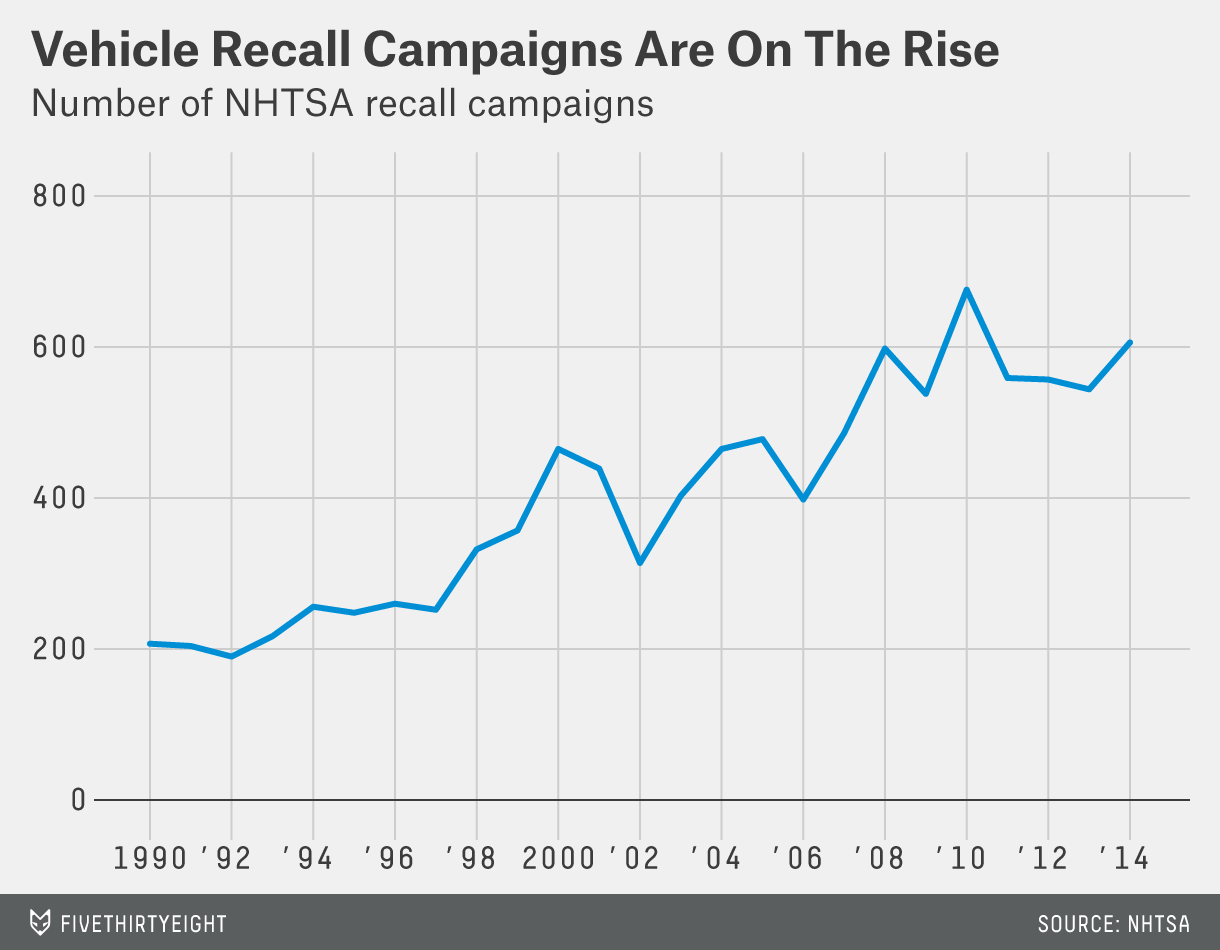 But maybe it’s not just the number of recalls, but the extent of them, that we should be interested in. NHTSA also records, in the same data set, the “potential number of units affected” in each recall. Here are those numbers, totaled for all recalls, by year: 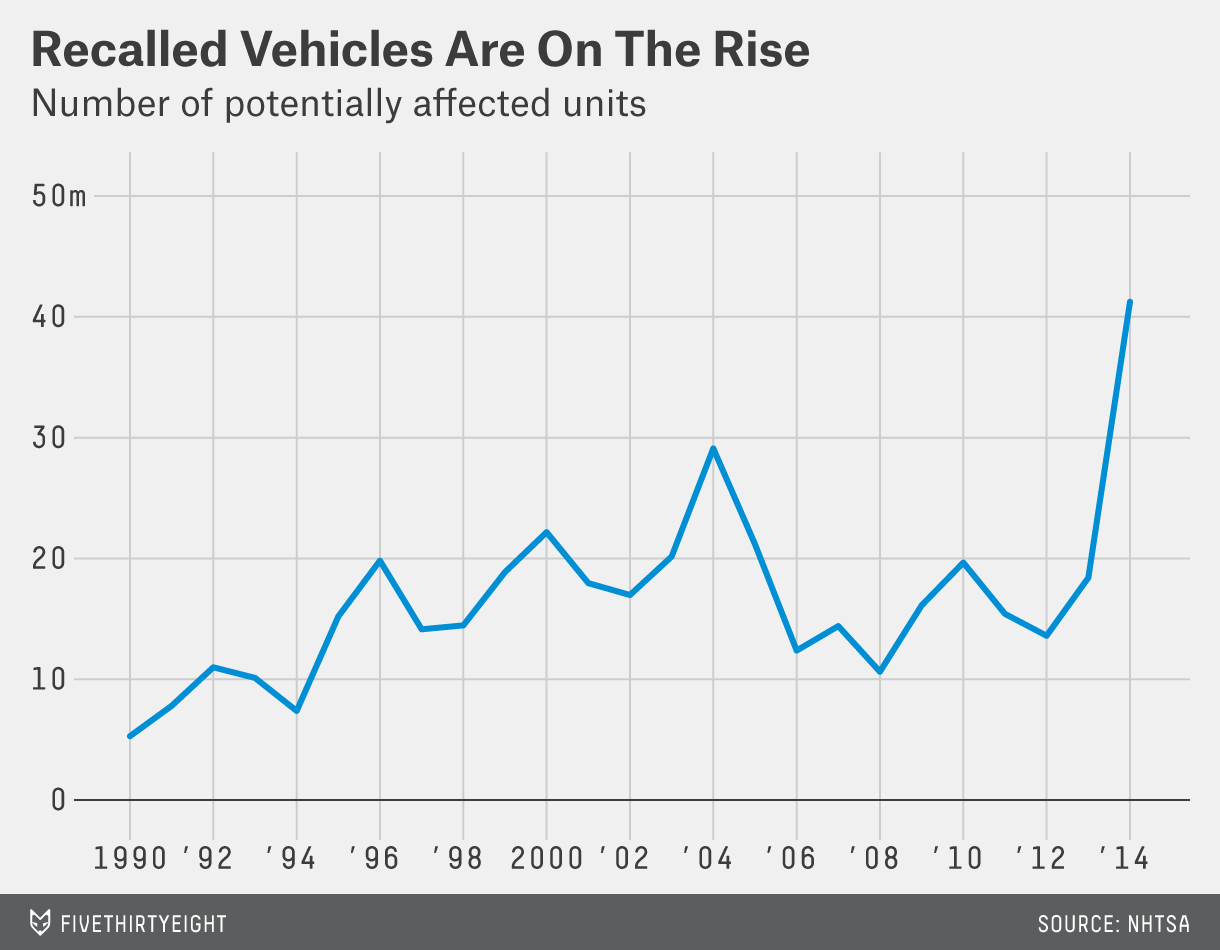 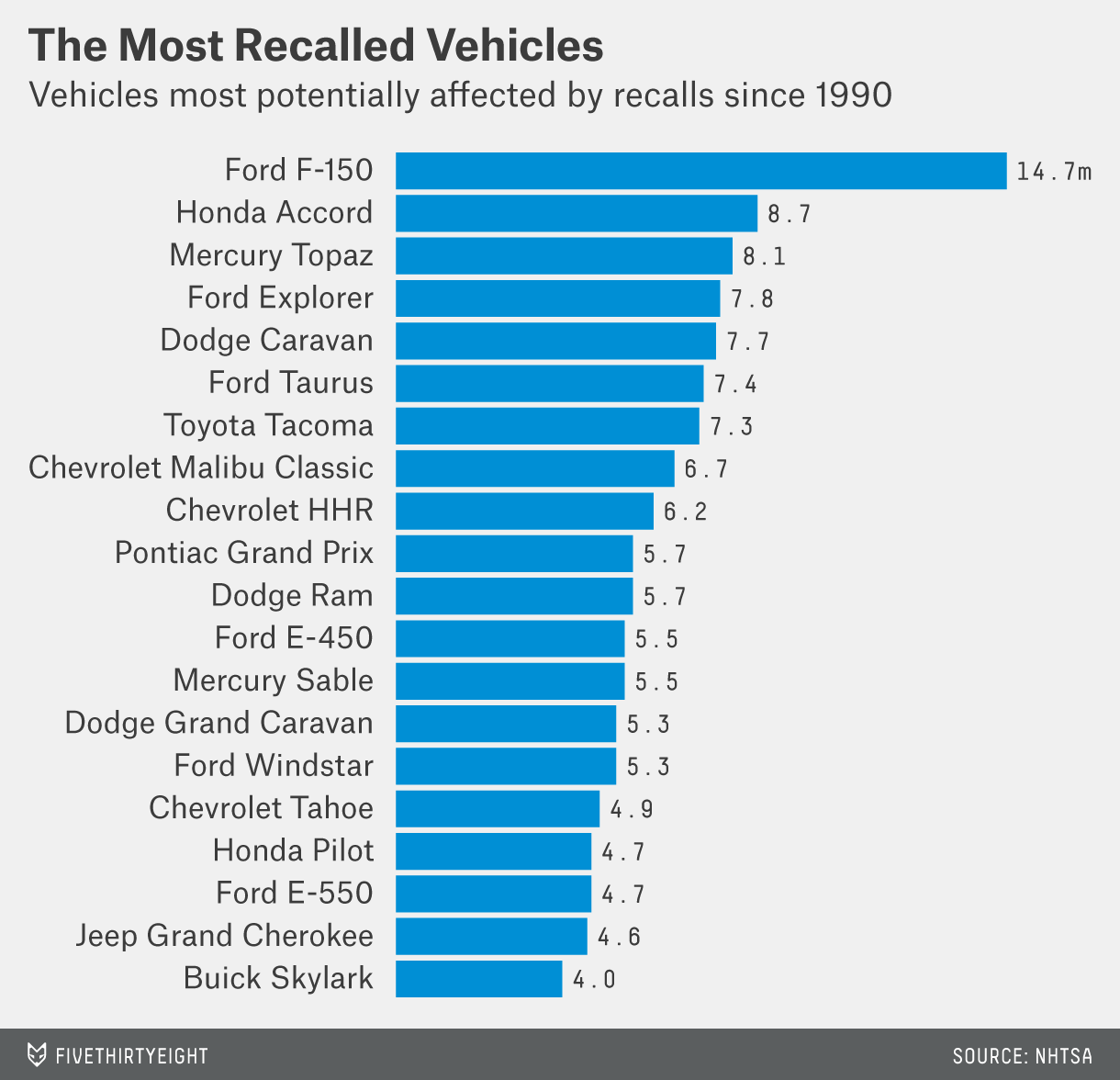