Michael Barone has a fascinating insight that, dare I say, I’d never really contemplated before. 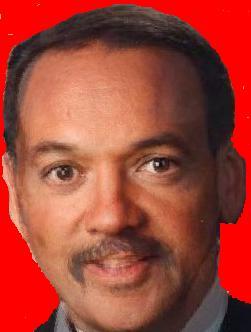 Huckabee or a candidate with a similar profile can corner the votes of evangelical and born-again Christians and, starting with Iowa, can round up a significant number of delegates. It is conceivable that such a candidate, with the help of Republicans’ winner-take-all delegate allocation rules and if he continues to face multiple opponents, could accumulate enough delegates to win the nomination. But otherwise he is in the position of Jesse Jackson in the 1984 and 1988 Democratic contests, able to run a significant second or third thanks to strong support from one of the party’s core constituencies but unable to run first.

Does this analogy hold water? I’ve always tended to think of Huckabee, who has more populist views on economics than most other Republicans, as a candidate who had a fair amount of crossover appeal. But Huckabee may be crossing over too far — appealing to independents and some conservative Democrats, but not necessarily the non-evangelical part of the Republican primary electorate.

Here is how the major Republican candidates split the vote last year before Mitt Romney dropped out of the race after Super Tuesday:

Evangelicals make up a larger share of the Republican primary electorate — about 40 percent, than black voters do of the Democratic primary electorate — about 20 percent. But Huckabee was nowhere near as dominant among evangelicals as candidates like Jackson and Barack Obama have been among blacks He won the evangelical vote in about half the states that voted through Super Tuesday; almost all of those wins were in the South. But John McCain and Mitt Romney won the evangelical vote in other states, and Huckabee wound up with only about 37 percent of the evangelical vote overall (weighting for the approximate number of evangelicals in each state). As Barone suggests, a Republican candidate could potentially win the nomination if he absolutely ran the table among evangelicals, even if he had little support elsewhere. But Huckabee didn’t do that in 2008, and with Sarah Palin a probable entrant in the primary next time around, the going isn’t likely to be much easier in 2012.

Meanwhile, Huckabee won only 8 percent of non-evangelical voters, which is getting into Ron Paul territory. Could Huckabee make inroads with this group instead? He’ll probably have a larger media profile in 2012 than he did last year, which could help to make up for what might be chronic deficiencies in fundraising and establishment support. But this is likely to be a tricky road to navigate: the Republicans, so far, seem more inclined to play up their fiscal conservatism than their social conservatism, and Huckabee is swimming in somewhat the opposite direction.

Some months ago, I had a smart Republican strategist tell me that he thought that Huckabee might skip 2012 to focus on 2016 instead. Since that time, 2012 has started to look a bit more winnable for the Republicans. But it nevertheless might be tough for Huckabee to squeeze out enough votes with Palin competing on his right and Romney and some Charlie Crist alternative on his left (if he’s smart, Romney will run somewhat to the left, especially if Palin enters, endeavoring to pick up big delegate prizes in some winner-take-all states like California).

Huckabee is not like Jackson in this way: there are circumstances where one can at least imagine him being his party’s nominee, which was probably never the case for Jackson. But I’m not sure if those circumstances are shaping up all that well for him in 2012. Moreover, I suspect any Republican candidate who runs and loses for the second time in 2012 (this would include Palin, since she was on John McCain’s ticket, as well as Romney and Huckabee) will be severely damaged going forward and will risk being tarred with perennial candidate label so often applied to folks like John Edwards (as well as to Jackson himself). So it might be indeed be smart for Huckabee to go into political hibernation in 2012 and hope that Romney and Palin have managed to eliminate themselves, or one another, once’s he’s woken up.