Bobby Jindal caught at least one break this week: Saturday Night Live was in reruns. But it’s been a tough week for the Louisiana Governor. First there was his response Tuesday night to Barack Obama’s unofficial State of the Union address, a performance panned by conservatives and liberals alike. Then, there were the questions about the veracity of a certain anecdote that Jindal relayed in his address (and questions about the wisdom of certain others). Finally, Jindal finished with just 14 percent of the vote in the CPAC straw poll, in spite of an audience full of young, smart and very conservative conservatives, exactly the sort of voter whom Jindal is supposed to appeal to.

It would be premature, to say the least, to write Jindal out of the 2012 script. Truly gifted politicians have nine lives and then some, and American politics are full of stories of embarrassment followed by redemption. Jindal’s difficulties this week, moreover, were relatively minor ones. Nevertheless, in terms of momentum and buzz, Jindal’s star got a little smaller this week, perhaps opening up space for another candidate who occupies a similar space in the Republican insterstellar medium. One such candidate is Newt Gingrich, who like Jindal, can plausibly claim both populist and technocratic credentials.

Out of all the authentically conservative Republican alternatives for 2012, Gingrich is perhaps the only one who has shown clear signs of avoiding the McCain/Palin campaign’s mistake, which strove to try and win the race one 24-hour news cycle at a time, the longer-term damage to their brand be damned. Gingrich has picked his spots, urging Republicans to go after Tim Geithner but dissuading them from doing the same over Rod Blagojevich. He seems to understand that opposition-for-opposition’s sake is not enough, having urged Congressional Republicans to propose an all-tax-cuts alternative to the stimulus package — something they eventually did, but far too late in the day to get any serious attention. And he seems capable of at least a little bit of rhetorical moderation — compare Gingrich’s proposed slogan (“drill here, drill now, pay less”) on the offshore drilling issue to the much shriller alternative eventually adopted by the McCain campaign (“drill, baby, drill!”). 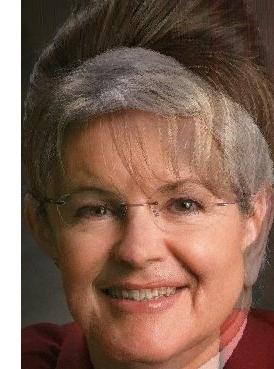 But if Gingrich is highly skilled at messaging — is he necessarily the right messenger? On this account, there is more reason to be skeptical. Gingrich is not very popular; a CBS News Poll conducted in April 2007 showed that 43 percent of Americans had an unfavorable opinion of Gingrich, versus just 16 percent favorable (a USA Today/Gallup poll conducted at about the same time put the numbers at 29 percent favorable, 48 percent unfavorable). He has never been a candidate for Senate or Governor (let alone President) and his former Congressional District in Georgia was of the ruby-red variety, winnable by appealing to conservatives only. And Gingrich’s opponents will have no absence of ammunition surrounding his supposed or real personal failings.

A prominent Republican strategist told me this week he thought there was a better than 50:50 chance that Gingrich will in fact enter the race in 2012. But personally, I think it is somewhat more likely that Gingrich will play the role of kingmaker — or, perhaps, queenmaker. What conservatives really seem to want is Newt Gingrich’s brain poised atop of Sarah Palin’s body.