I’m way behind the times, but I finally saw “Snowpiercer,” the 2013 movie in which Captain America leads a revolution on a train because the food was bad. It was great, but it reminded me of what looked like a trend in cinema: It sure seems like there are a lot of films in which everything has gone completely to shit.

You’ve got your “Hunger Games” juggernaut, as well as the dystopian franchises riding in its wake — “Divergent,” “The Maze Runner” and “Planet of the Apes” come to mind. There are also “The Giver” and “Interstellar.”

Is this actually a trend? Are there more dystopian movies than ever before?

To find out, I went to IMDb. Movies there are tagged by the website’s users with plot keywords such as “slow motion scene” or “based on a comic book,” and one of these tags is “dystopia.” There were 287 feature-length films released between 1940 and 2014 associated with the keyword “dystopia.” Here’s when they came out: 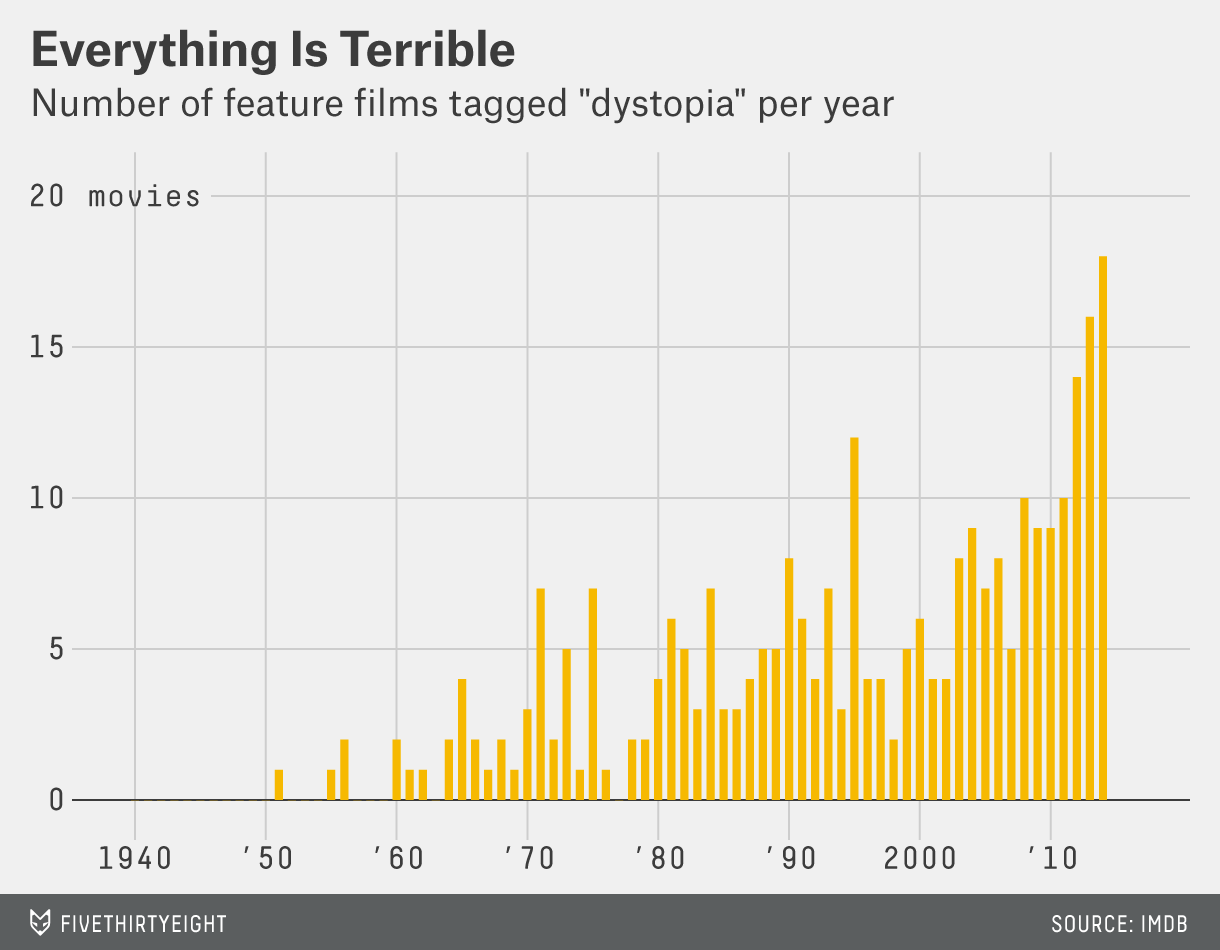 That’s a lot of recent dystopian movies. Mission accomplished, hypothesis proved, let’s go to the back of the train and celebrate with a protein bar, right?

This doesn’t account for the fact that there are a lot more 2014 films on IMDb than, say, 1984 films. Whether there are more movies coming out or there’s just more thorough tagging, IMDb has more and more movies listed the more recent we get. 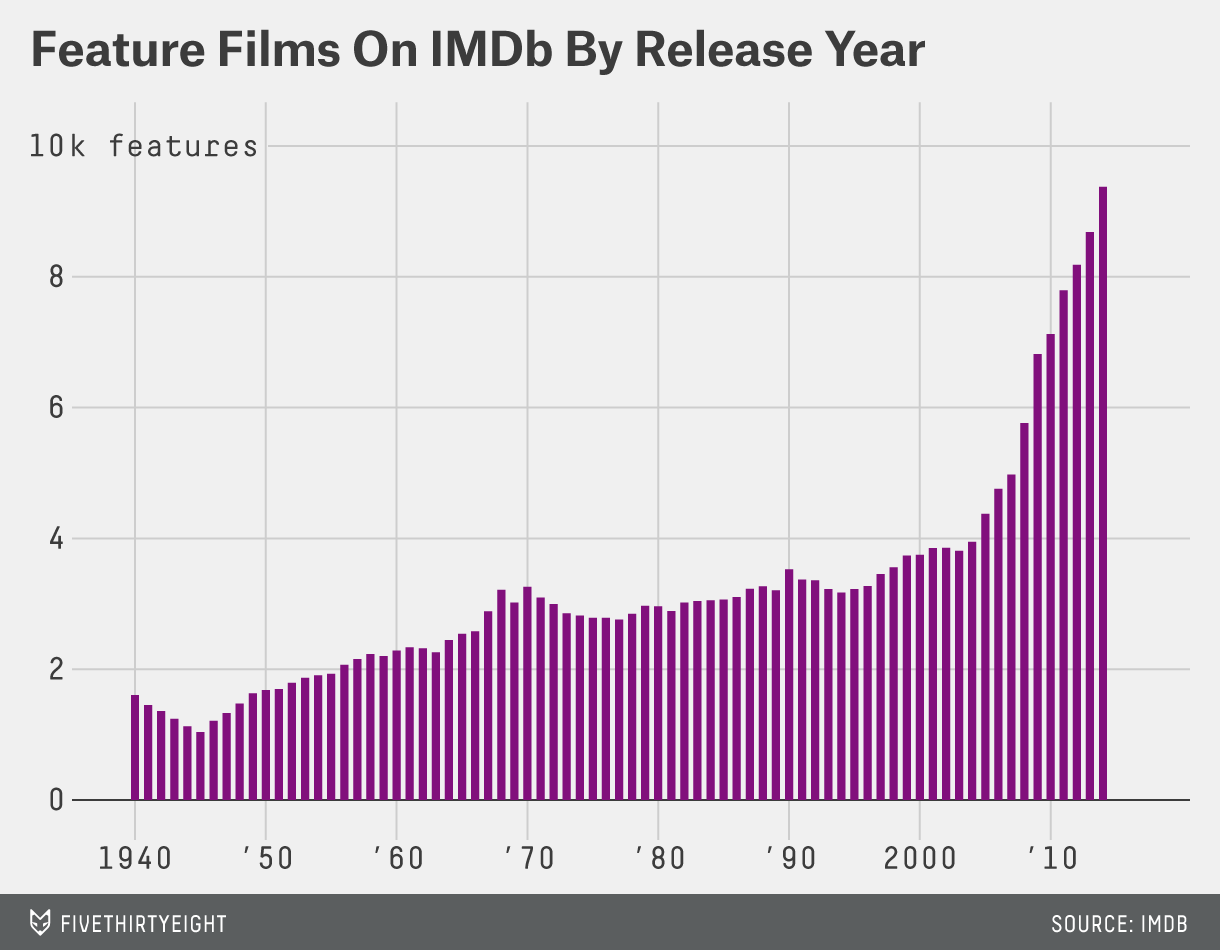 So, let’s look at the dystopian tag not as a raw count of movies, but as a rate. It’s going to be low — about one-quarter of 1 percent at peak — but only because there are a lot of films. The data hops around a lot, but here’s what the dystopian film rate looks like as a five-year rolling average. 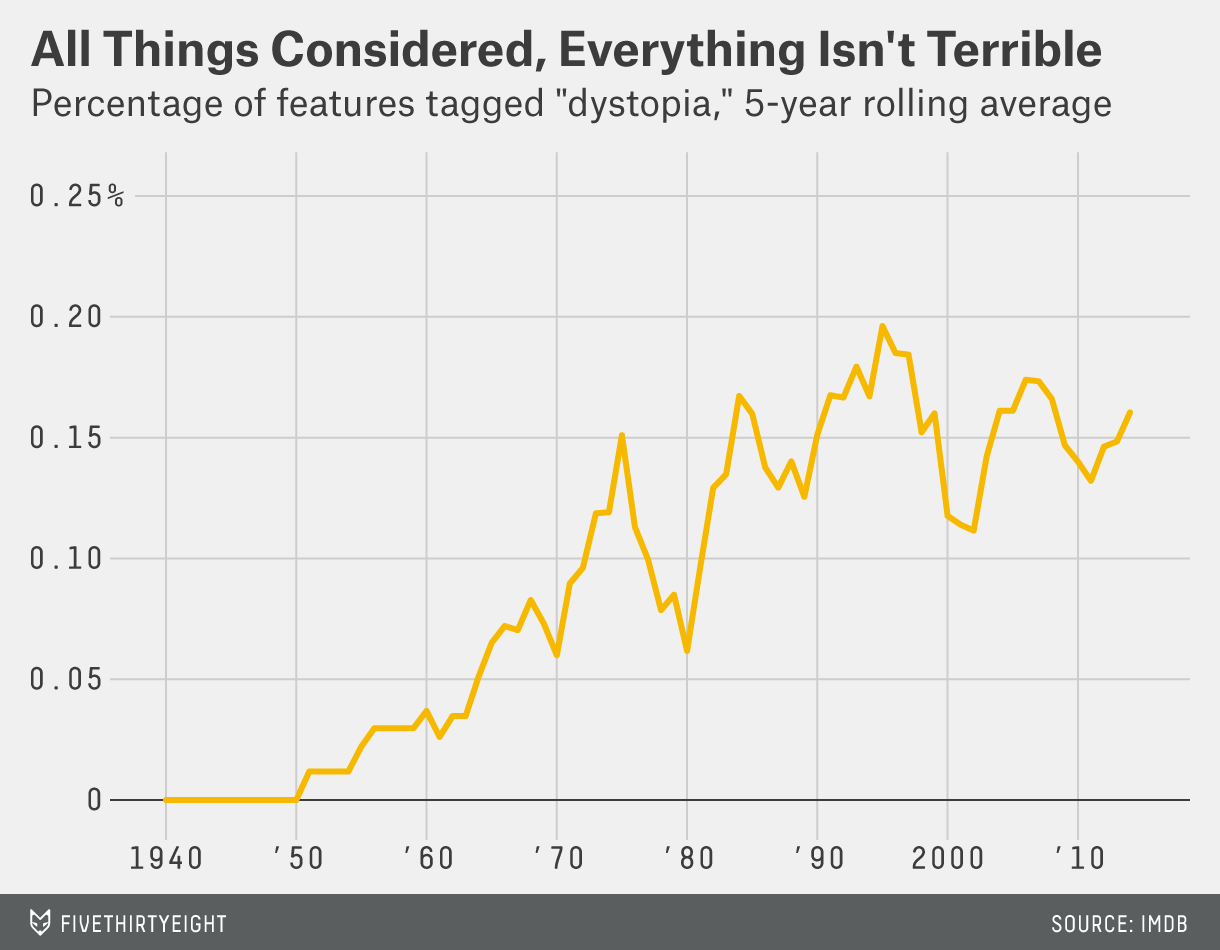 Clearly there’s been an uptick in the past several years, but the rate is very stable back to the 1990s. The peak year for dystopian films, expressed as a rate, according to IMDb, was 1995. That year saw the release of 12 dystopian-tagged movies out of 3,224 total. (One of these appears to be “White Man’s Burden,” which I refuse to believe actually got made.)

Are there more dystopian movies than ever before? Not really. Sure, last year saw a whopping 18 feature films tagged as dystopian, a record high. But we’re also making — or at least adding to IMDb — more movies than ever.

Maybe it’s not the end of the world after all.