While political observers in the United States are primarily focused on the endangered domestic agenda of the Obama administration, the upcoming parliamentary election in Iraq will exert a major pressure on U.S. foreign policy in the next eighteen months. Withdrawal of American troops from the country remains planned for 2011, and any regression towards violence would call this quickly into question.

Similarly, the Iraqi election could have important consequences in the U.K., where the Chilcot Inquiry on the Iraq War has propelled the conflict’s political relevance in the run-up to the British general election this spring. A media zoo has surrounded the appearance of various top officials from the Labour government at the time of the Iraq conflicts impetus, particularly as former Prime Minister Tony Blair is set to appear this coming Friday and current Prime Minister Gordon Brown has confirmed that he will appear before the election.

The Iraqi election is set for March 7th, after being pushed back from its original January date. In addition to the election of the new Iraqi parliament, which has been expanded to 325 members, the U.S.-Iraq Status of Forces Agreement (SOFA) will be put to a referendum. The drafted SOFA requires U.S. forces to fully withdraw from Iraq by the end of 2011, and sets rules regarding the conduct of U.S. forces. For example, under the new agreement, U.S. personnel can be tried for misconduct in Iraqi courts when off duty and the U.S. will not be allowed to use Iraqi bases to launch attacks outside of the country (e.g. in Syria, etc.)

The 7 March trip to the polls marks the second parliamentary election in Iraq since the 2003 U.S.-led invasion. In 2005, most Sunni Arab parties boycotted the January elections to the transitional (constitution-writing) parliament and participated in a highly divided fashion in the December elections to the new Council of Representatives of Iraq, their top coalition earning just 15 percent. The top Shia coalition, the United Iraqi Alliance led by current Prime Minister Nouri al-Maliki, coasted to victory with 41 percent of the vote, followed by the main Kurdish list, called the Democratic Patriotic Alliance of Kurdistan, who received 22 percent. 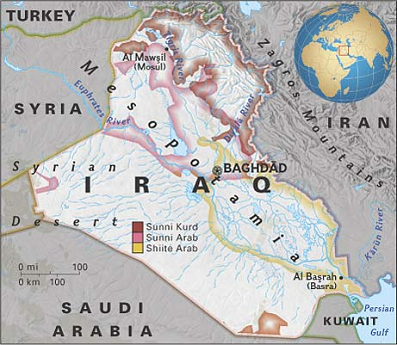 Though highly politicized in practice, the general breakdown of socio-political identity is estimated to consist of about 60-40 Shia/Sunni split.* 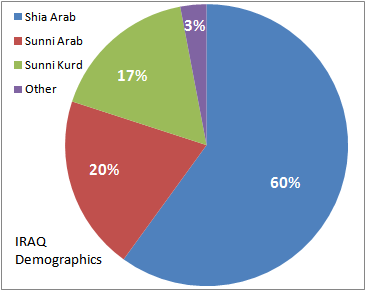 In the run-up to the March 7th voting, several issues will heavily impact the outcome of the election and the subsequent political process.

1. Current row over banned Sunni candidates: As part of the post-Saddam political process, most former Baath members and associates, as a general rule, have been excluded from the electoral scene. As a result of the fairly wide net that has been cast, many Sunni leaders have been tagged. Since 2005, however, a significant effort has been made toward the better integration of Sunnis in the democratic process that has been pushed by the U.S. and the Iraqi government. The current controversy, which banned more than 500 candidates — most Sunnis, including prominent figures of the Iraqi Accord Front — must be resolved to avoid serious sectarian fallout.

2. Perceptions of the United States and allies by Iraqis: Collectively, Iraqi voters have long held a low opinion of the U.S. occupation, American forces and believe that the United States fully control the country despite official statements to the contrary. However, changes have manifested, with most of Iraq more confident in the occupation, as well as the government, than they were several years ago (ABC news data). 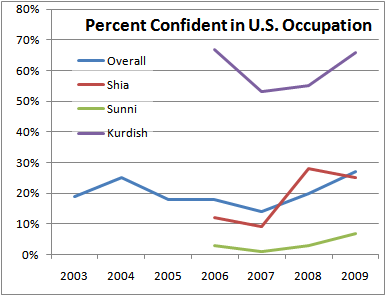 The uptick in support tends to suggest that the chance of passage for the US-Iraq SOFA during the 7 March referendum is reasonably high. Opinion polling on the issue itself has not been particularly enlightening, though a semi-dubious poll commissioned by the Iraqi government in November 2008 put the figures at 46 percent in favor, 35 against, and 19 percent undecided.

3. Political status of Kirkuk: The political status of this oil-rich region has been a sticking point for the Iraqis for quite some time. Located at the southern edge of the Kurdistan Autonomous Region, Kirkuk has been claimed by the Kurds since the 2003 invasion. The region (called Kirkuk Governate) underwent several decades of “arabization” under the Baath regime, where over 100,000 Kirkuk Kurds were forcibly relocated. Turkey is heavily opposed to the reunion, in its overall policy against an independent Kurdistan. In addition, Shia and Sunni Arabs from the south both want a cut of oil revenues and are concerned about the impact of the change on Iraqi unity at large. A referendum on the issue has been postponed several times, and failed to be resolved in the Parliament’s late 2009 election law.

In conclusion, the Iraqi election in March may not see the resolution of any of these three concerns, which would be a major blow to the U.S. and its international partners. However, if the SOFA agreement passes with the Iraqi public, some minimum level of progress towards the integration of Sunni political parties, and a compromise-in-principle on Kirkuk could be agreed to among the Shia and Kurdish leadership, the election will be trumpeted as a success. Whether this means that stability and political integration will ensue following the American withdrawal is yet to be seen.
—
Renard Sexton is FiveThirtyEight’s international affairs columnist and is based in Geneva, Switzerland. He can be contacted at sexton538@gmail.com