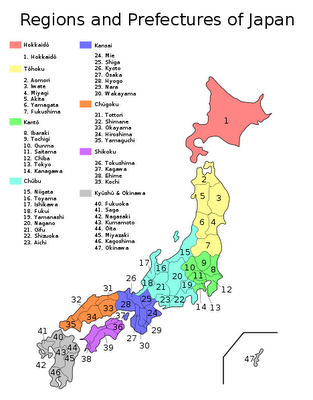 On July 11th, voters went to the polls in Japan to elect members to the upper house of the legislature in what was the first major election in Japan since the opposition Democratic Party of Japan ousted the Liberal Democratic Party last summer. The LDP had, with a one-year interruption, held power since its creation in 1955. In Japan, the House of Councillors performs a similar role to the US Senate in that its members are intended to represent local governments rather than the people directly. Its members serve six-year terms, with half of the chamber elected in staggered elections every three years.

Of those 121 seats up for election in each cycle, 73 are elected from 47 Prefectures, while 48 are elected proportionally on the basis of an open-list system. And while the Prime Minister is elected by the Lower House of the Diet, which also maintains sole authority over the budget, on all other issues the upper house has the right to block legislation, which can only be overcome by a two-thirds vote of the lower house.

As a consequence, control of the upper house is vital for governments, and more than one Prime Minister has fallen after a poor result. And in the elections held on the 11th of July, the one-month old government of Naoto Kan suffered what is already being heralded as a serious defeat. Rather than gaining two seats as they hoped, they instead lost 8, and the 44 they won were eight less than the 52 won by the formerly dominant Liberal Democratic Party and its allies.

It is important however, not to overstate the results, as the outcome of the elections had as much to with the nature of the Japanese electoral system as with a shift in public preferences. While the Democratic Party performed significantly worse than in 2007 when it won 40% of the vote and 62 seats, the 39% of the vote it won this time was substantially greater than the 33% won by the LDP. Most of its losses, which took place in multi-member districts, owed more to the bias of the electoral system than they did to a major change in voter preference nationwide.

This bias exists due to the dynamics of multi-member districts. While there are 73 FPTP seats but only 49 Prefectures. One of the major differences between the US Senate and the Japanese House of Councillors, is that in Japan regional representation is balanced with population. While every Prefecture is guaranteed at least one seat each cycle, the remaining seats are distributed according to population. As a consequence, while the ancient capital of Nara only elects a single-representative each cycle, Tokyo elects five.

In theory this guarantees a degree of proportional representation. Due to the nature of multi-member constituencies in which each voter receives a single vote, an overwhelming advantage in support is required to win both seats. In fact in a two party system, if one party declines to run two candidates, 67% is required, and in regions where that threshold is not reached, the minority party is practically guaranteed a seat.

In practice therefore, the system is rigged for the formerly-ruling Liberal Democrats, because the single-member districts tend to be in less populous areas where its support is concentrated, while the multi-member districts ensure that it is guaranteed near equal representation in urban areas where the various opposition parties have their base.

The difficulties this represents for the DPJ or any other party is apparent when one examines the results of the Miyagi Prefecture this year.

As is apparent, the DPJ had a significant lead in voter preference, 41% to 27%. Nevertheless, the 41% of voters who chose the DPJ ended up with the same representation as the 27% who voted for the LDP. Because the major parties are strong enough to win at least one seat in every multi-member district, this means that the winner of a House of Councillors election will always be determined in the single-member districts. And they favor the LDP as is made apparent by the chart below of where each party won last weekend.

As can be seen, the multi-member districts were largely a wash with a one-seat advantage for the LDP-New Komeito grouping (counted together because New Komeito only ran three candidates and backed the LDP elseware). By contrast, the single-member districts provided virtually the entire LDP margin in the election. In a touch of irony, the DPJ actually suffers from the greater representation granted to regions based on population. If the House of Councillors was like the US Senate, with each Prefecture receiving one-seat, the LDP’s lead would be cut to a 25-22 margin, rather than the 42-28 margin that currently exists.

The fruits of such a system are fully apparent when we examine the “popular” vote in Japan, which has been won in every election since 2004 by the DPJ.

As is clearly demonstrated, the DPJ faces an enormous structural bias. Only in 2007, with a lead(including the then independent People’s New Party) of 11% were they able to comb together a significant majority of the Prefectural seats.

The introduction of proportional representation for a little over a third of the seats was intended to mitigate the harms of the system. But the proportional system, rather than being compensatory like that used in Scotland or Germany(ie. One in which seats are distributed to parties that underperformed in FPTP relative to their vote total), is normative, with the result that it hardly impacts the seat totals. This year the DPJ won four more proportional seats than the LDP, but this hardly moved the totals, as is demonstrated below.

As can be seen, by making the proportional seats a minority of the total, and allocating them strictly according to a separate list system, any equalizing effect was reduced to a minimal level at best.

Therefore what really happened two weeks ago was less a massive shift in voter preference than a smaller shift that was sufficient for the LDP to hold onto its lopsided advantage in the single-member districts. In reality, the DPJ only lost 6 seats, three of which were prefectural and three proportional.

Appearances however, are different, as political realities also often are. Whatever the merits of the Japanese electoral system, the DPJ suffered a major setback two weeks ago, one that will make governing extremely difficult in the future. And whatever the actual merits of its performance, the LDP held together contrary to expectations it would collapse in opposition, meaning that Japan’s current two-party system is likely here to stay.