After the Steelers’ Week 1 game against the Patriots, Pittsburgh head coach Mike Tomlin said he couldn’t communicate with his coaching staff like he wanted to: “We were listening to the Patriots radio broadcast for the majority of the first half. On our headsets.” Tomlin suggested that the Steelers always have trouble with their communications when playing in Foxborough. Implicit in those claims was that the Patriots were somehow responsible.

If the Patriots were deliberately impairing visiting teams — and that’s a big “if” — presumably we’d be able to see how big of an advantage it gave them at home. But after we ran some numbers, we found that the Patriots don’t appear to be good enough at home that it’s obvious they’re cheating. Watch the video below to hear more about why, and if you need a closer look at the chart we discuss, it’s below the video.

FiveThirtyEight: Are the Patriots cheating?

If you’re into this kind of statistical kaffeeklatsch, subscribe to FiveThirtyEight’s sports podcast, Hot Takedown. 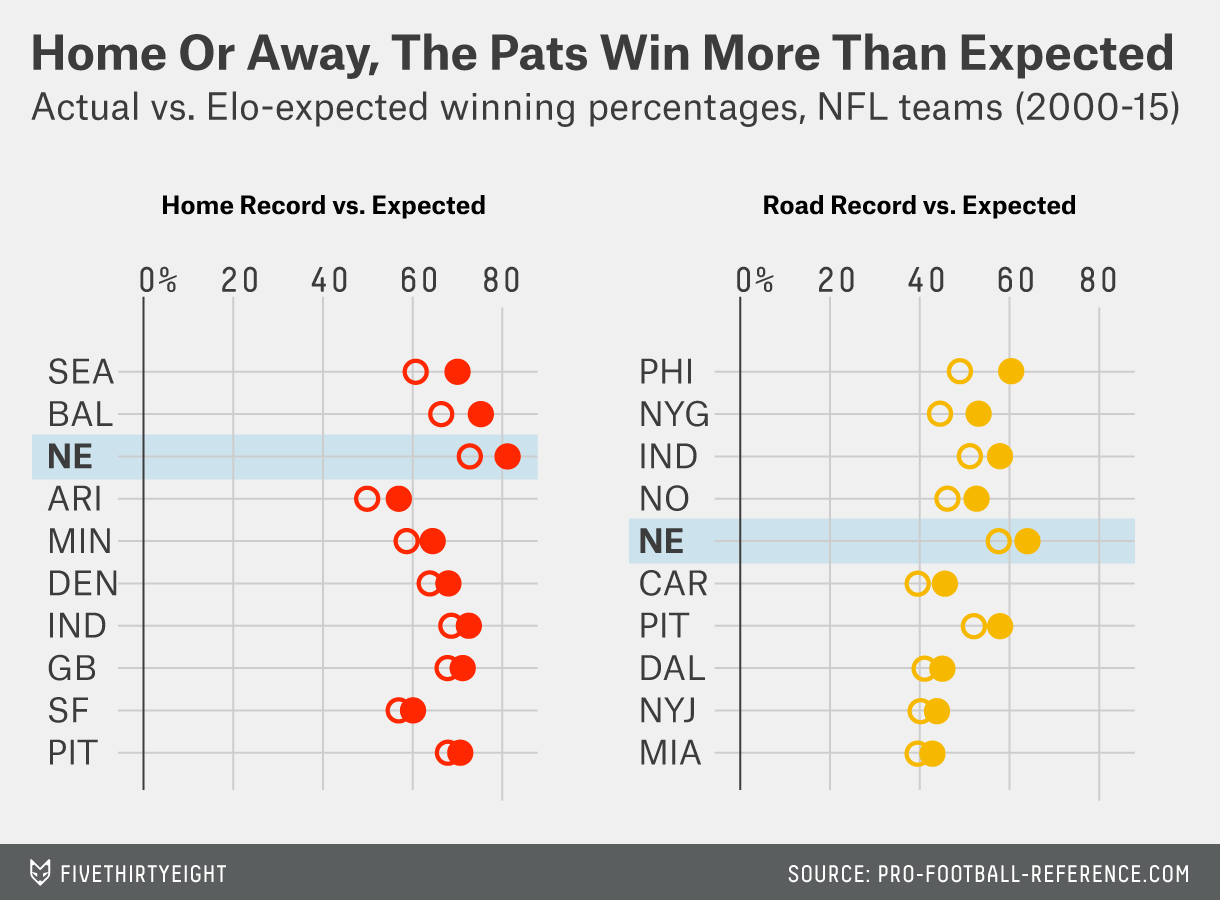