Hurricane Patricia was a monster. Thanks to very warm ocean waters aided by a strong El Niño, Hurricane Patricia had unprecedented maximum sustained winds of 200 mph and low pressure of 879 mb1 at its peak Friday. Then Patricia one-upped itself and did something that record hurricanes rarely do: it held on to Category 5 winds (greater than 157 mph) when it made landfall Friday night.

Most hurricane records occur when a storm is way out in the ocean. For all the devastation caused by Hurricane Katrina, which was a Category 5 storm at its peak, it had slowed to a Category 3 by the time it made landfall on the Gulf Coast, with sustained winds of 125 mph.

Patricia hit near Cuixmala, Mexico, as a Category 5, with winds estimated to be 165 mph and a low pressure of 920 mb. Fortunately, the landfall area, on the Pacific coast, was sparsely populated, and the storm quickly began losing power. Within three hours, it was down to 130 mph, and though it caused property destruction, there were no reports of deaths as of Saturday morning.

Here’s a look at those other seven hurricanes that reached landfall in the United States or Mexico as a Category 5. 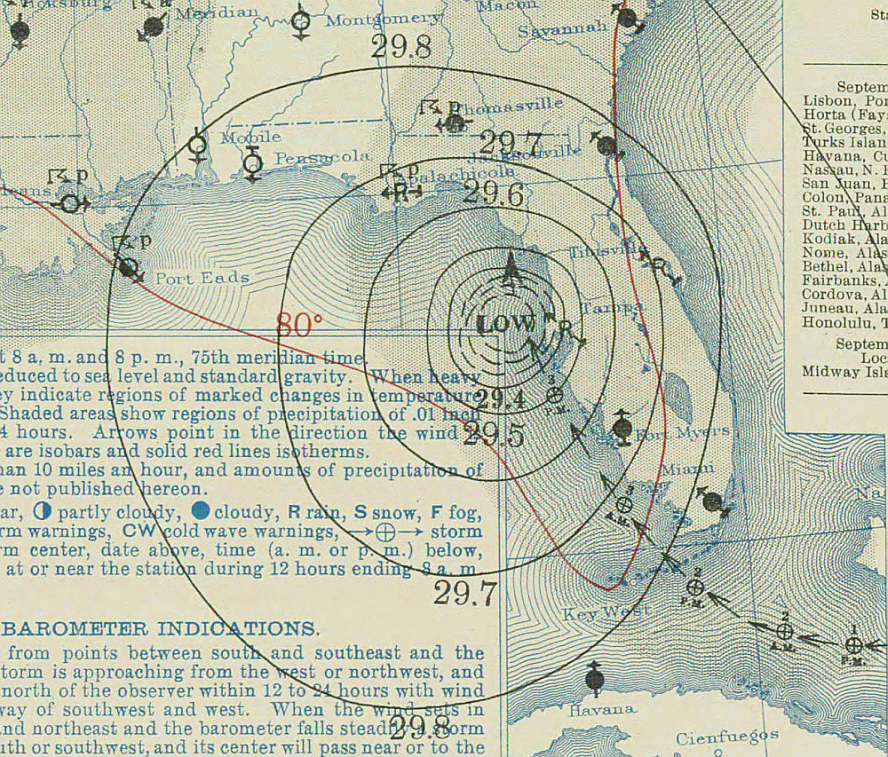 This hurricane had the strongest wind speed and lowest pressure (892 mb) ever recorded to hit the United States. The storm hit the Florida Keys after going through rapid intensification because of the warm waters in the Gulf of Mexico. The storm was also noteworthy for poor forecasting that likely raised the death toll. 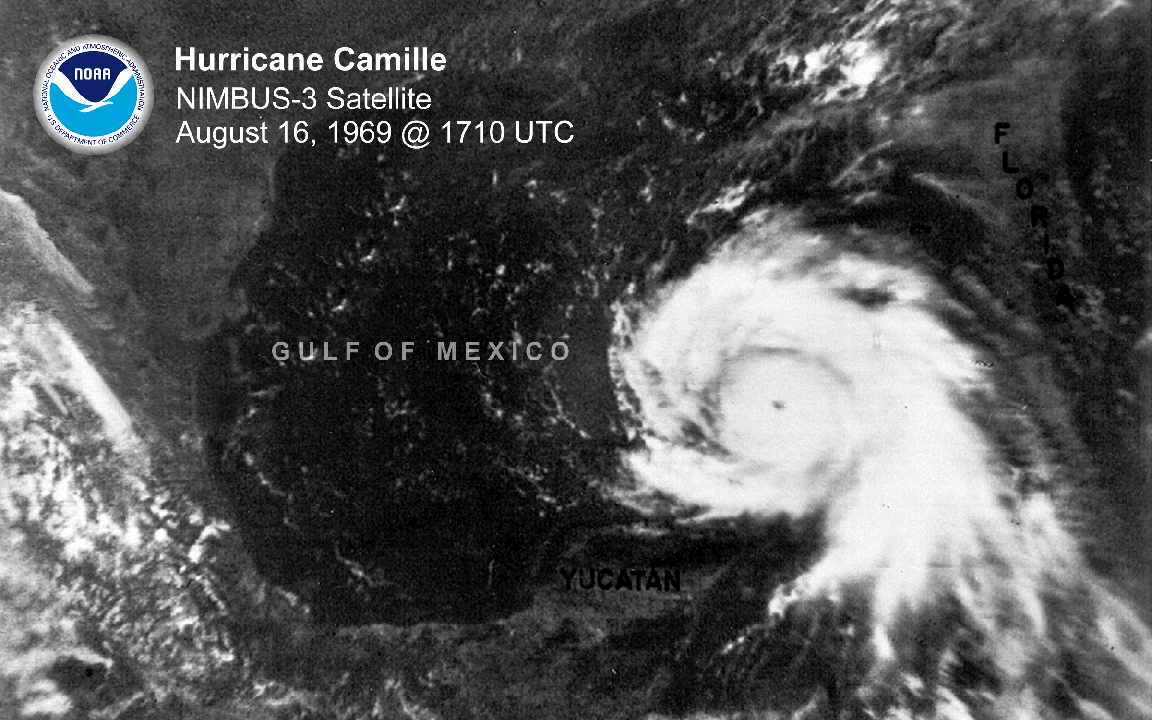 While the 1935 storm peak occurred over the Keys, Camille had the strongest winds for a storm that hit the mainland United States. The storm come ashore in Mississippi and was well forecast initially. Most of the deaths occurred in Virginia because of flash flooding. 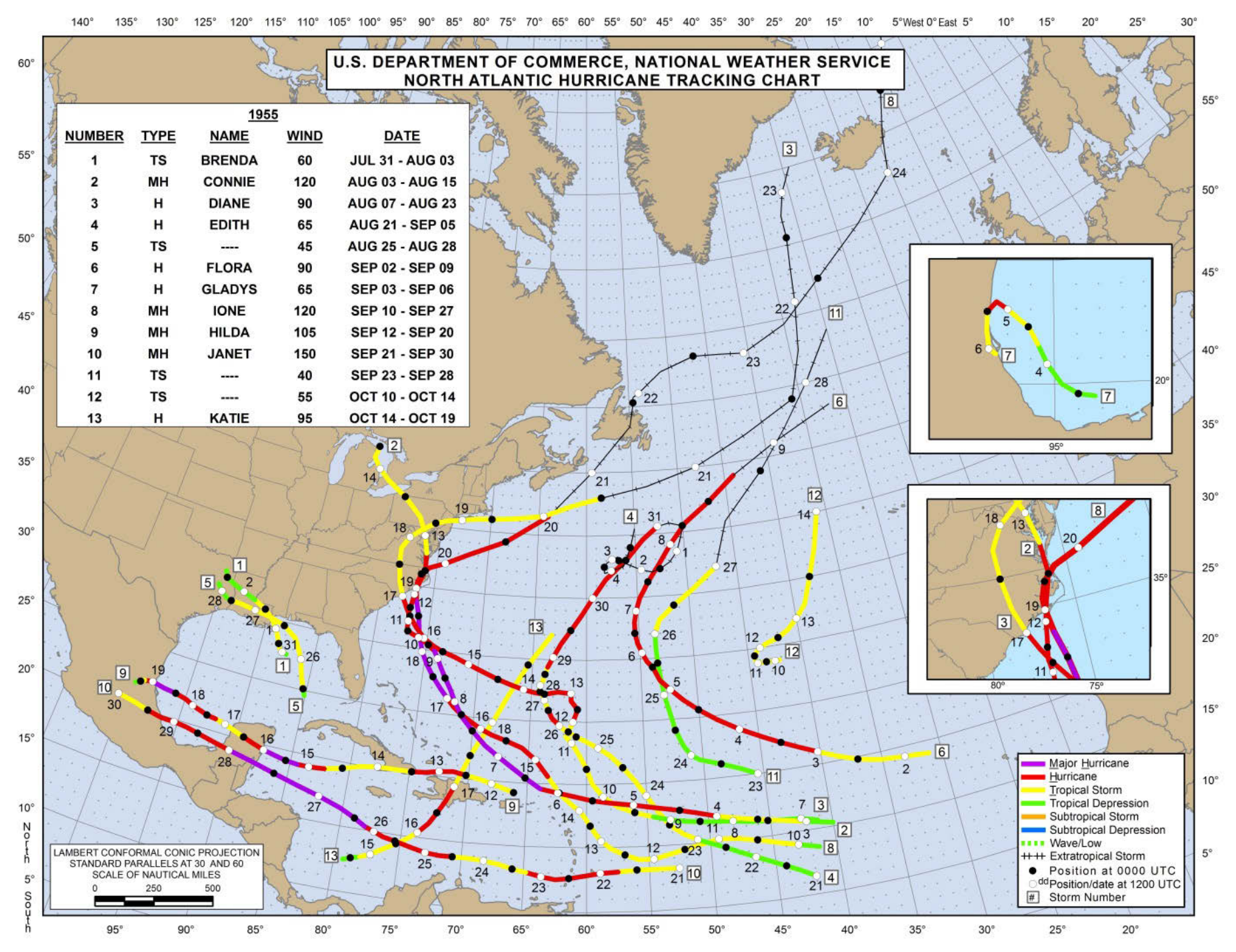 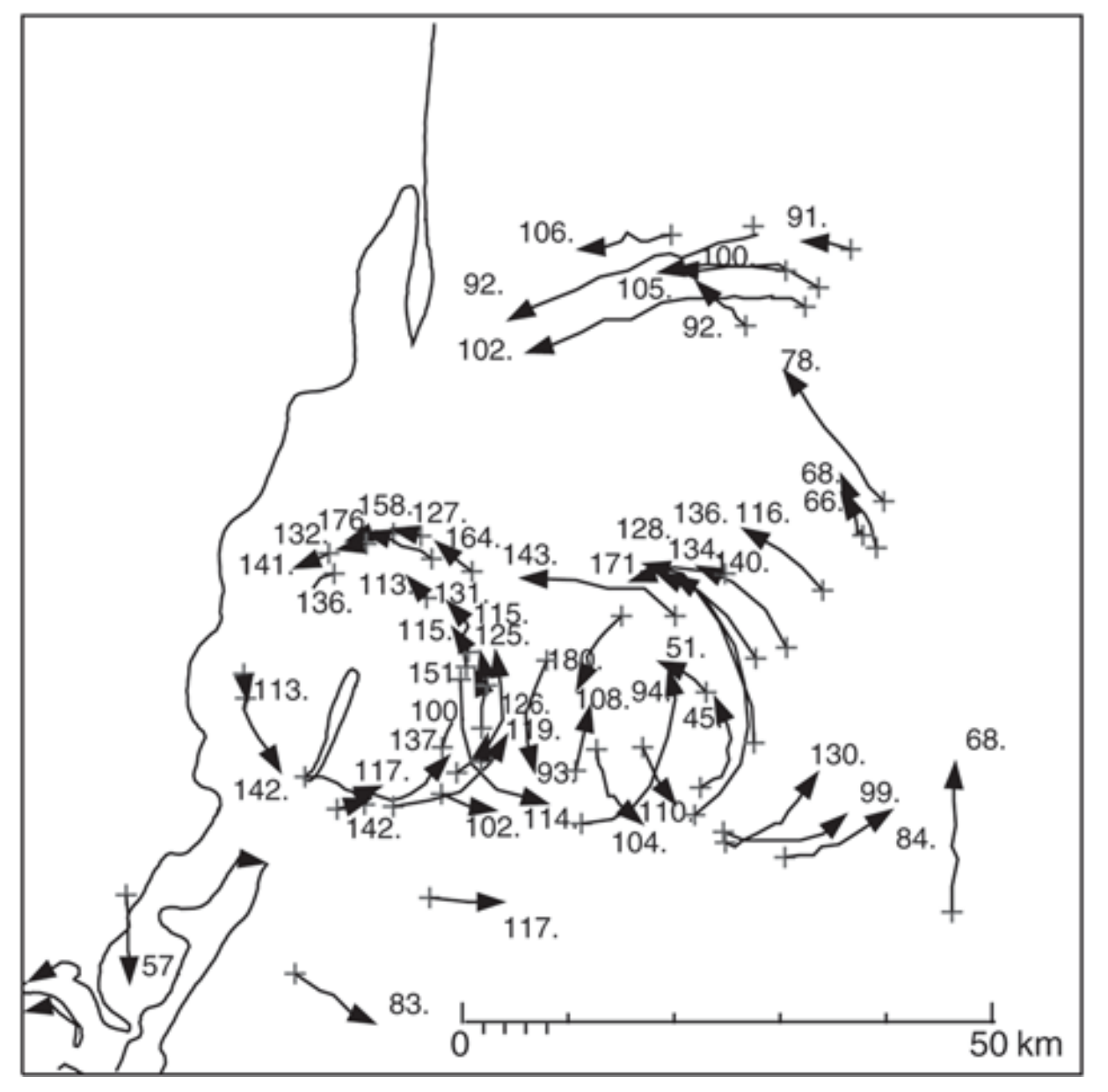 This hurricane is probably the strongest U.S. storm that most people today can remember. It landed in highly populated Dade County, Florida (home to Miami), but the death toll was limited thanks to mandatory evacuations. Interestingly, the storm was initially categorized as Category 4, though a reanalysis in 2004 put it at Category 5. 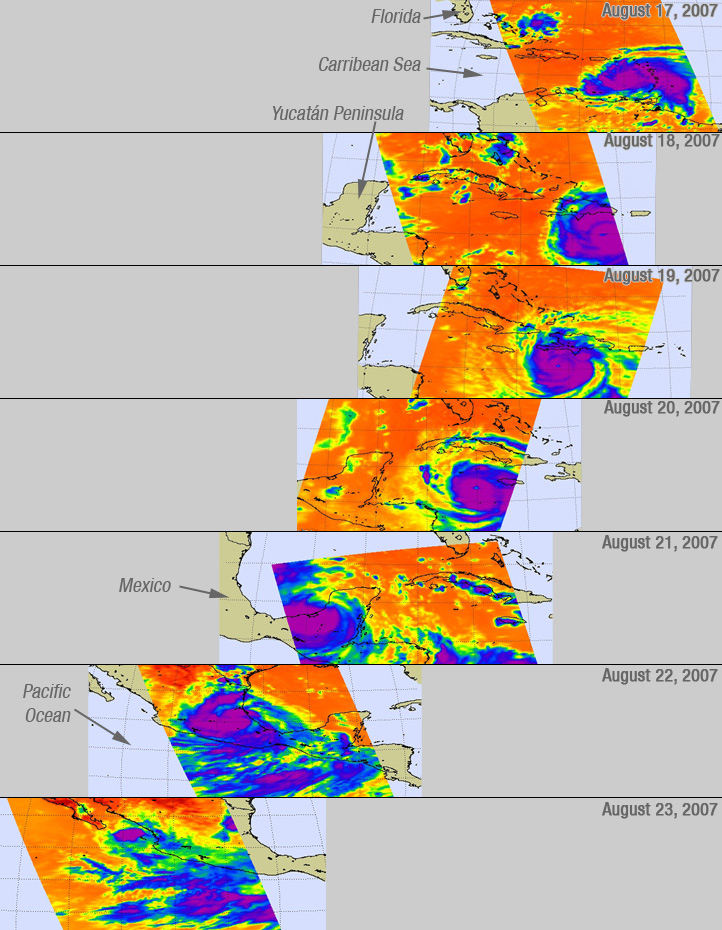 The most recent Category 5 hurricane to hit Mexico before Patricia, Dean was notable for its relatively low death toll. Unlike Andrew, Dean struck largely unpopulated regions when it made landfall in the Yucatan Peninsula. People also took the storm more seriously after Hurricane Wilma in 2005. 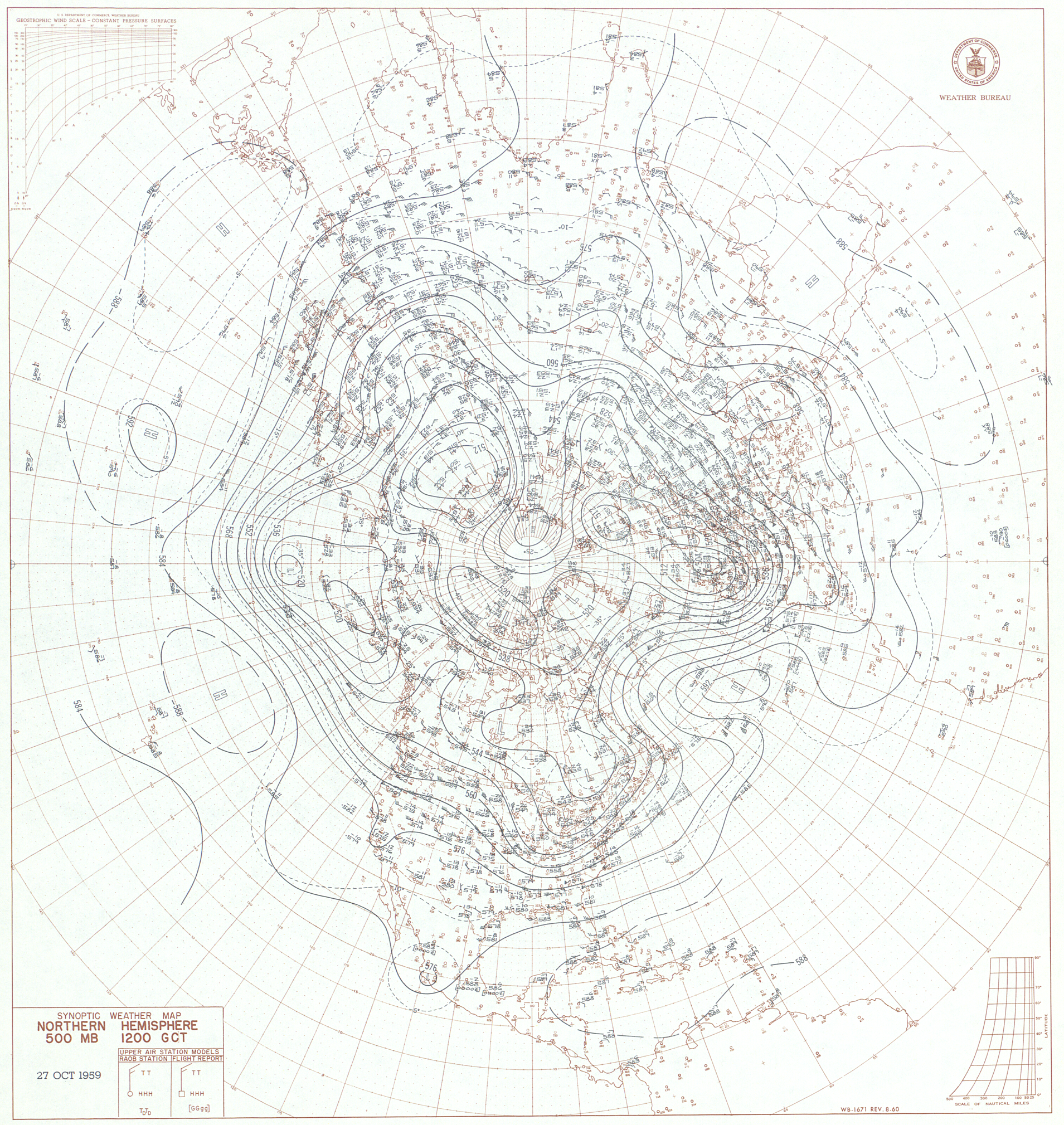 Until Patricia, this was the only Category 5 hurricane to come in from the eastern Pacific. It moved parallel to the coast and then a trough in the jet stream caused a last-second right turn. It is by far the deadliest storm on this list, with many deaths occurring after the storm. Among other problems, the storm caused a massive landslide, uncovering venomous snakes and scorpions. 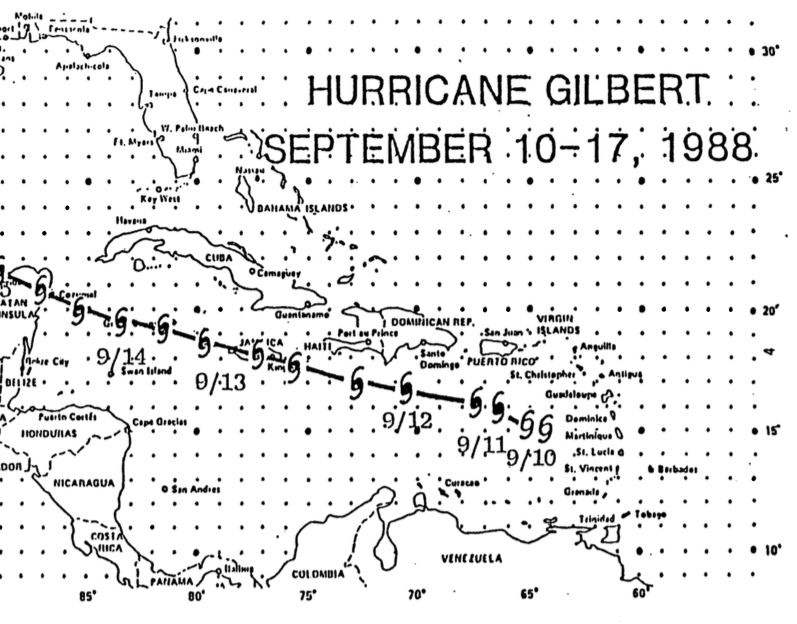 Gilbert remains the lowest-pressure hurricane (900 mb) ever recorded to hit Mexico and second-lowest-pressure to make landfall in the Atlantic basin. Like Dean and Janet, which approached Mexico from the Atlantic, Gilbert struck the Yucatan. Most of the fatalities occurred in Mexico (at least 200 people), but Gilbert also remains the most destructive storm in the history of Jamaica.