It may get the most attention, but partisanship is not the only way to measure how fair the country’s new congressional maps are. Equally important is how well they represent communities of color. And on this front, the congressional lines that will be used in the 2022 election leave a lot to be desired.

In theory, under the Voting Rights Act, every racial group must be given equal opportunity to elect candidates of their choice. When it comes to redistricting, this means drawing districts where nonwhite voters are the dominant voting bloc — enough to reasonably ensure they can elect their preferred candidate — whenever possible.

But this interpretation of the Voting Rights Act has been under siege lately by conservatives who believe it is unconstitutional. And with the current conservative makeup of the U.S. Supreme Court, Republican legislatures have shown a willingness to push the boundaries of the law, minimizing the number of nonwhite districts (which usually vote Democratic) in order to maximize the number of Republican ones.

To complicate matters further, there is no agreed-upon standard for how diverse a district needs to be in order to elect a minority’s preferred candidate; even those who support the broader goal of more nonwhite representation often disagree. (For example, if Black voters constitute a majority of the primary electorate in a heavily Democratic district, that district could still elect Black voters’ candidate of choice even if Black voters are a minority of the district as a whole.)

In practice, this means states often end up drawing fewer predominantly nonwhite districts than are possible. Just look at the most recent redistricting cycle’s report card. On the one hand, nonwhite Americans — namely Latinos — did gain clout in some states, but they lost it in others. And most importantly, racial minorities didn’t gain representation in several states where they easily could have.

Let’s start with a positive development for nonwhite representation: Several new predominantly Hispanic congressional seats were created this redistricting cycle. (This makes sense, given that the Hispanic population of the U.S. increased by at least 11.6 million people between the 2010 and 2020 censuses, accounting for more than 51 percent of the country’s growth on net during that period — and the fact that Latinos were undercounted could mean they accounted for even more.) For example, the voting-age population1 of Illinois’s 3rd District, which was previously 58 percent white and 31 percent Hispanic, is now 44 percent Hispanic and 43 percent white, giving the Chicago area two seats now where Latinos are the biggest racial group.2

But by far the biggest source of new Hispanic seats was California, whose redistricting commission appeared to go out of its way to create new opportunities for the state’s largest racial group. California’s old congressional map had 13 districts where Latinos constituted a majority of the VAP; the new one has 18 (despite the fact that California lost a seat overall due to reapportionment!). This was accomplished by spreading the state’s Hispanic population more evenly among districts. 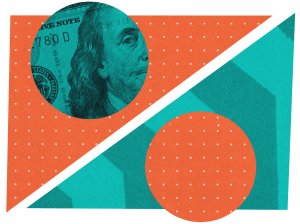 We Asked 2,000 Americans About Their Biggest Concern

True, Latinos were already a plurality of the VAP in most of the districts that have become majority Hispanic (all but the new 13th District), but in many cases the shift was still meaningful. For example, Latinos were 36 percent of the VAP in the old 19th District, but Asian Americans and whites were not far behind at 31 percent and 26 percent, respectively. In other words, Latinos were hardly guaranteed to get their preferred representative. However, the new version of this seat (renumbered the 18th District) is now 61 percent Hispanic, giving Latino Americans a much better shot at electing the candidate of their choice. It’s a similar story in the new 25th, 37th and 43rd districts.

That was the extent of the gains, however. On the flip side, there are also several districts where the ability of nonwhite people — especially Black people — to elect the candidate of their choice has been thrown into question. For example, the two districts covering Detroit (Michigan’s 13th and 14th districts) were each formerly 53 percent Black by VAP. But their successors (renumbered the 12th and 13th districts, respectively) are significantly less so. The 13th District is 45 percent Black and 40 percent white, while the 12th District is 47 percent white and just 44 percent Black. While it’s still possible that these districts will elect Black voters’ preferred candidates, it’s less likely than it was before. (In fact, voting-rights advocates filed a lawsuit over the map earlier this year for this very reason, but it was dismissed.)

This may not seem like a big deal, but because voting in the South is so polarized by race, this was enough to make each district a few percentage points more Republican; Georgia’s 2nd went from a FiveThirtyEight partisan lean3 of D+6 to D+4, while North Carolina’s 1st went from a partisan lean of D+7 to D+5. In other words, they are competitive enough that it’s possible that Republicans will win them in 2022, which is already shaping up to be a good midterm environment for the GOP. If so, these districts will have failed to elect Black voters’ preferred candidate for the first time in decades.

Latinos weren’t immune from being squeezed by redistricting, either. For example, Nevada’s 1st District used to have a Hispanic plurality (41 percent, vs. 32 percent white). But Democrats redrew Nevada’s congressional map to maximize the number of seats they would win, which required “unpacking” the 1st District and its Hispanic community. As a result, the new 1st District is 44 percent white and only 32 percent Hispanic.

The worst news for nonwhite representation this cycle, however, was the progress that was not made. In several states, people of color did not gain electoral control of seats that have historically been denied to them or that they were arguably entitled to because of population growth.

What’s more, Latinos alone accounted for almost half of the state’s net growth, yet the number of districts with a Latino majority or plurality actually decreased from 12 to 11. Rather than gaining congressional districts of their own, burgeoning nonwhite communities in places like Dallas were carved up and parceled out to predominantly white, rural districts in order to protect Republican incumbents from the forces of demographic change.

Similarly, people of color made up 68 percent of Colorado’s growth, on net, between the 2010 and 2020 censuses, and many advocates were hoping that this would finally be the year that Colorado drew a predominantly Latino district. It didn’t happen, however: The state’s least white district (the new 8th District) is 56 percent white and only 35 percent Hispanic.

The Arkansas and Georgia maps are currently subject to racial-gerrymandering lawsuits, but they’re unlikely to be overturned given what transpired in voting-rights advocates’ legal quest to add another Black seat in Alabama. After Alabama passed a congressional map that, like its old one, featured six majority-white seats and only one majority-Black seat, advocates sued, arguing that the Voting Rights Act required the state to have two Black districts. (Remember, the act theoretically requires states to draw districts where nonwhite voters are the dominant voting bloc whenever possible — and maps drawn by the plaintiffs showed that such a configuration was indeed very possible.)

A panel of three federal judges agreed, but after Alabama appealed their ruling, the U.S. Supreme Court determined it was too close to the 2022 election for the map to be overturned. This extinguished hopes not only that Black Alabamians would gain another seat in Congress, but also that courts would pave the way for drawing additional Black districts in states like Louisiana and South Carolina, which, like Alabama, each have only one majority-Black seat but could support one more.

The Supreme Court will issue a final decision on the Alabama case as part of its 2022-23 term, but given the court’s history of weakening the Voting Rights Act and willingness to consider other challenges to civil-rights policies, it is unlikely to err on the side of more nonwhite representation. More likely, it will change the historical interpretation of the Voting Rights Act and water down the act’s protections of minority districts.

In this way, the legacy of this redistricting cycle for people of color could be even worse than not giving them more representation; it could undermine the very law designed to ensure their enfranchisement.