LeBron James may not show up for the Miami Heat next year, but whichever team he ends up with is likely to see a huge economic bump. James puts people in the seats.

After reports leaked Tuesday that James would exercise his early-termination option in his contract with the Heat, some speculated that he’ll actually stay in South Beach next season. But teams are itching to clear cap space in the hopes of signing the NBA forward.

We know plenty about James’s value on the court, but to get some sense of his economic value, we looked at how attendance changed before and while he was on the Cavaliers and Heat. As a baseline, the average NBA team’s attendance is about 90 percent capacity over the course of the season, but that varies wildly depending on a team’s winning percentage. (It also presumably fluctuates throughout a season.) I looked at NBA teams’ winning percentage and home-game attendance from the 2001-02 season through the 2013-14 season, and found that a team that wins 80 percent of its games — roughly 66 games in a season, probably the best record in the league — should average 100 percent capacity. Comparatively, a team that wins only 20 percent of its games will, on average, sell 80 percent of its tickets.

It’s easy to see why winning fills arenas. Wins excite fans, give them hope for a potential championship, and (hopefully) are a display of entertaining basketball. James helps do that better than nearly anybody. Even controlling for success, a “LeBron Effect” materialized in the data. The teams he’s played for — the 2004 through 2010 Cavs and the 2011 though 2014 Heat — have home-attendance averages of 98.0 percent capacity, well above what their records would predict. Nearly all of James’s teams have sold tickets at higher rates than we’d expect for how well they performed. Note how for every season but one, his teams are above the line in the chart below. 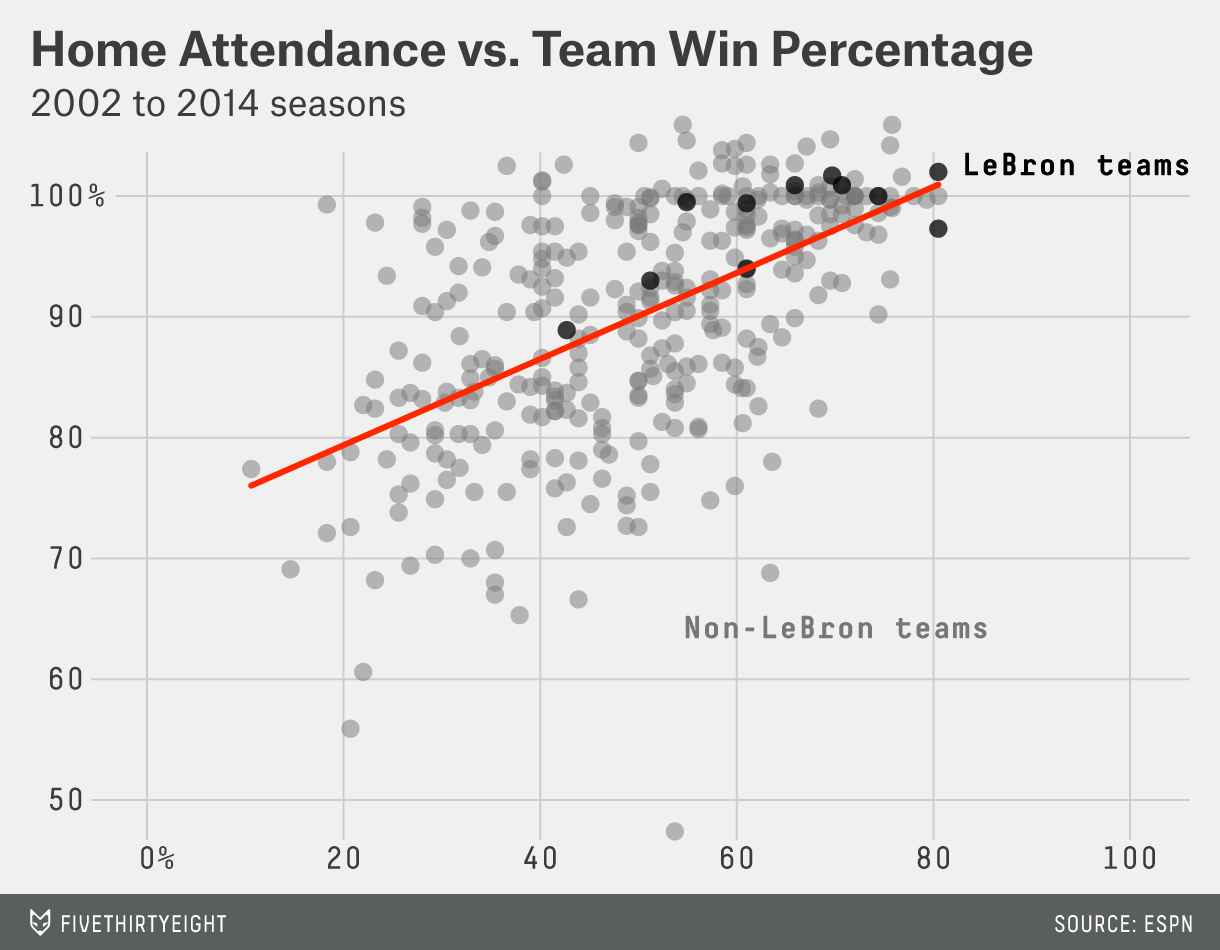 (Attendance here is measured by capacity, or the percentage of available seats sold. Sometimes capacity percentages rise above 100 percent because of imperfect stadium data, whether standing-room-only tickets are counted, etc.)

Interestingly, James sells out even more so on the road, perhaps because he’s more of a novelty when traveling. Over the past six seasons — his last two with the Cavs and all four with the Heat — James’s teams away capacity has averaged 99.5 percent. (Because of imperfect data on away game attendance capacity, only the past six seasons were analyzed.) It’s no surprise that the relationship between a team’s winning percentage and its draw while traveling is much weaker — that is, the curve is flatter. But adjusting for how good the Cavs or Heat were in a given season, those teams with James on them sold out the house. Look how far above the line James teams are now: 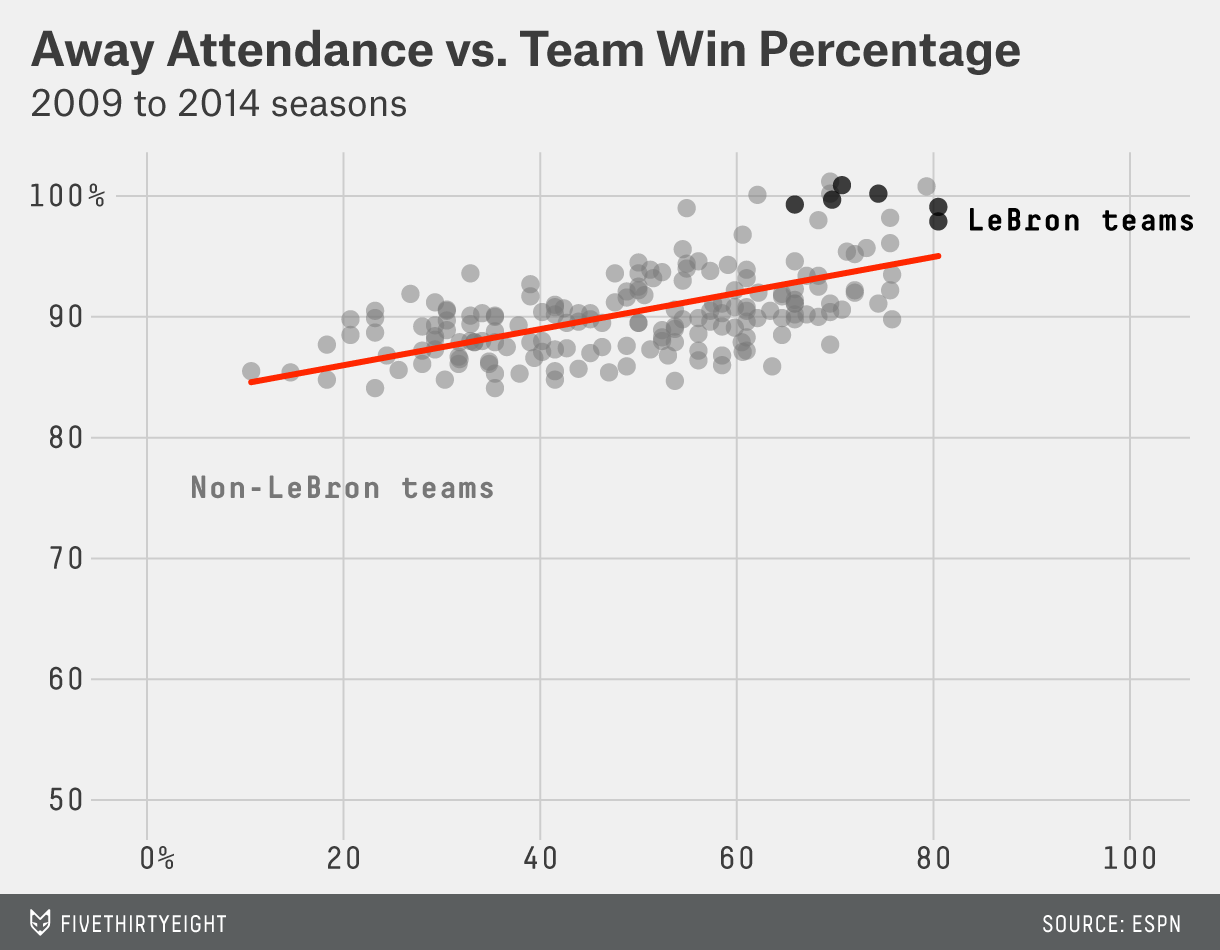 This analysis does not account for ticket prices, merchandise sales or any of the other revenue channels for James’s teams, so it’s just the beginning of the conversation about his economic worth. But wherever he ends up, two things are likely to continue: His team will sell out the home stadium, and his opponents’ box offices will be sad to see him go.