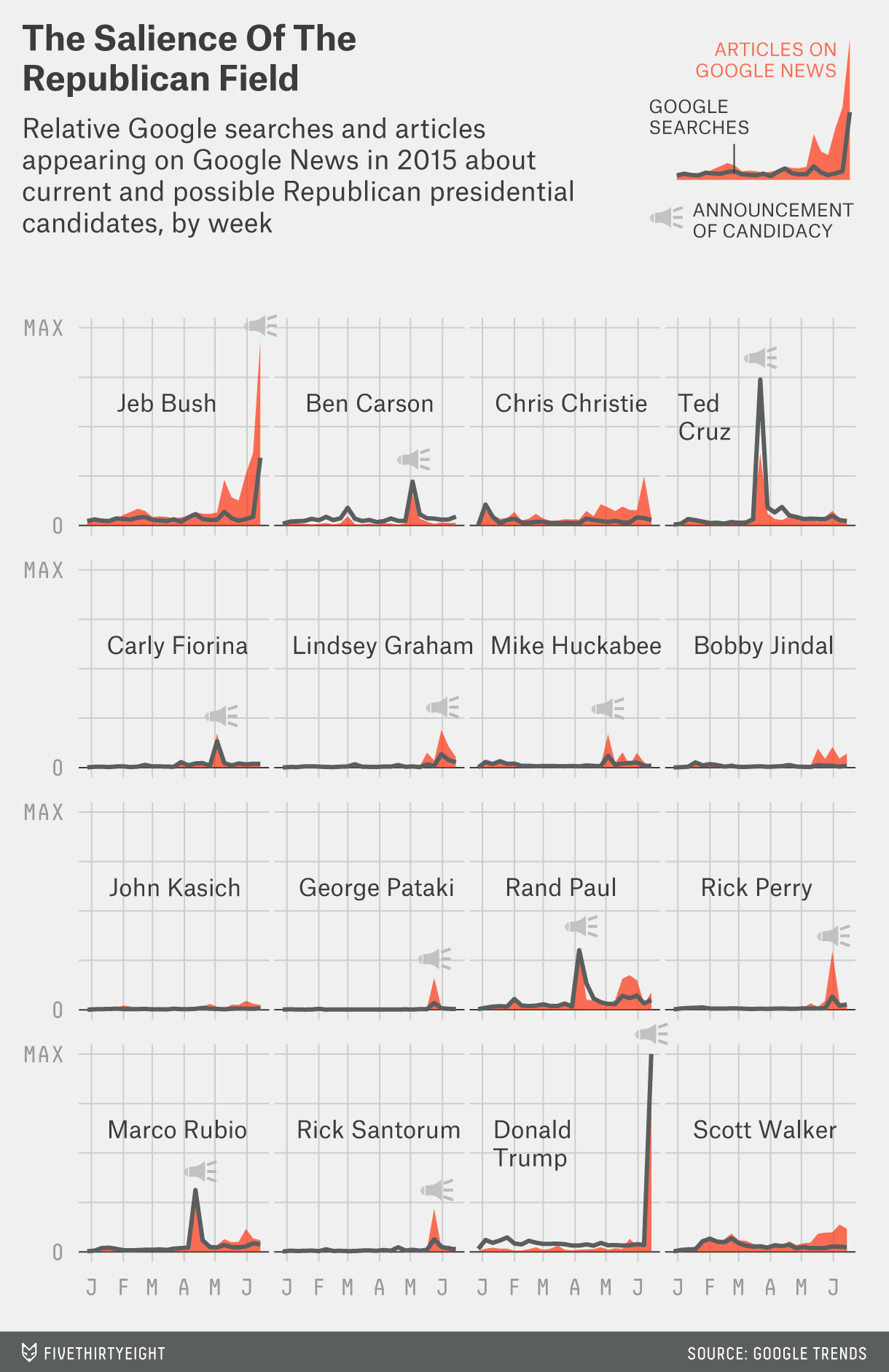 Louisiana Gov. Bobby Jindal announced his candidacy for president Wednesday, and, if he’s anything like the other Republicans who have officially entered the race, that means news stories about him and Google searches for him will peak this week and then drop off dramatically.

The chart above shows the volume of articles on Google News about each of the 13 announced Republican candidates and three other likely contenders, superimposed with the total Google searches for each of them, from the first week of January through last week. For both news stories and searches, the values shown are relative to the maximum for the period covered: about 7,100 articles about Donald Trump1 last week and some really high number of searches for Trump, also last week (Google doesn’t disclose absolute search volume).

Two things to note: Every candidate got a significant bump the week he or she announced. More interesting, there’s a difference between media buzz and public interest. For instance, Jeb Bush — the closest candidate Republicans have to a front-runner — was written about thoroughly the week of his announcement, but searches for him never reached half of the volume they did for Ted Cruz, who garnered much less media coverage.