In October 2007, the polling company Gallup asked 1,010 adults for their views about gun control. Among the questions was: “Have you, personally, ever fired a gun?” to which 31 percent of respondents answered “no.”

If it seems like I’m giving you out-of-date numbers, I assure you it’s not for want of looking for more recent ones. You might be curious enough to ask the question, but it doesn’t seem all too important to pollsters. Even though surveys about gun control are conducted several times a year (and have been for decades), this question about lifetime gun use doesn’t come up very often. Aside from 2007, I can find three occasions when this question was asked:

I could say that the percentage of Americans who have fired a gun hasn’t changed much. But there just isn’t enough data to make that conclusion. So I’ll look at another indicator of Americans’ direct experiences with guns: ownership trends. Although we have more historic data here, I’m still forced to rely on surveys, since the government doesn’t keep track of who owns a gun.

Those surveys don’t all tell the same story. Gallup shows that the percentage of Americans who own a gun has fluctuated but is now the same as it was in the late 1970s. By contrast, the General Social Survey (GSS), which is conducted every two years by the University of Chicago, finds that there’s been a significant decline in the percentage of households that own a gun since the late ‘70s. Based on their polls since 1993, Pew Research Center agrees with the trend in the GSS. 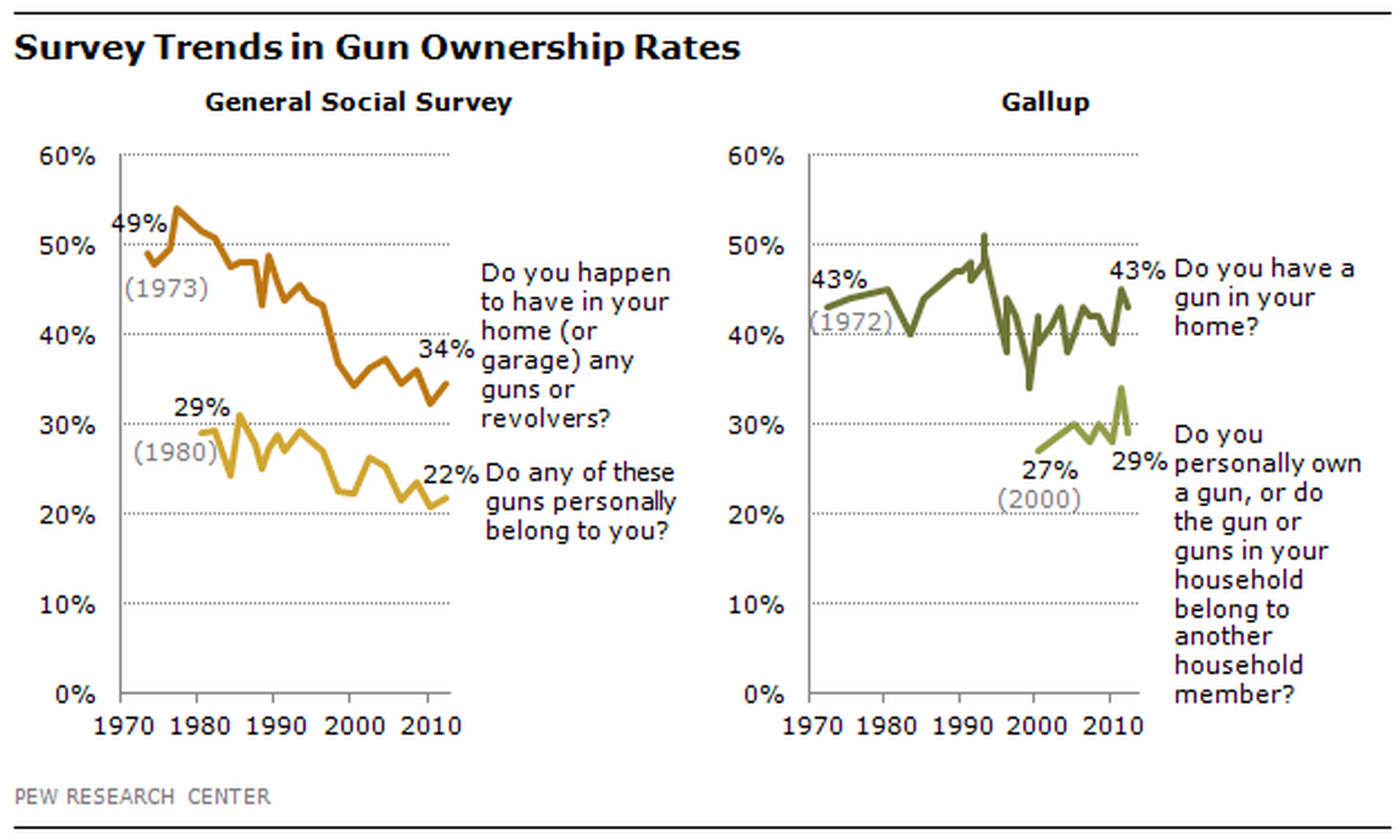 But is gun ownership even a good way to understand how many Americans have fired a gun? It’s hard to say, but a 1989 survey did find that 95 percent of 605 people who said they owned a gun also said they had fired it (“while target shooting, while hunting, just for fun, for self-protection, to scare someone, or for any other reason?”).

You told me in a follow-up email that you’re in the 69 percent who have fired a gun at some point in their lives — that you did so in your Boy Scout days, but that your wife has never touched one. Which got me wondering if we know anything about which Americans are most likely to have shot a gun. We don’t. But we do know, thanks to a Pew survey from February 2013, that 61 percent of U.S. adults who own a gun are white men.

Overall, then, more Americans have fired a gun than haven’t. And that majority probably rises among Americans who are white and male.