The major league career of Masahiro Tanaka, the rookie pitcher from Japan signed by the New York Yankees during the offseason, is off to a blazing start. Tanaka mowed down 11 Los Angeles Angels of Anaheim batters Sunday night, giving him 46 strikeouts for the 2014 season; according to the Elias Sports Bureau, that’s the third-most strikeouts by any pitcher in his first five career starts since 1900.

Of course, strikeouts are at an all-time high so far this season, so Tanaka’s dominance might be just a single ship on a rising tide of whiffs. I wanted to look at how Tanaka’s K-rate compares to Major League Baseball’s average, how that number matches up against past pitchers, and what kind of careers those pitchers ended up having according to wins above replacement.

With an assist from Baseball-Reference.com founder Sean Forman, the first list I looked at was the highest strikeout percentage (relative to the league average for starting pitchers) among pitchers in their first five major league starts: 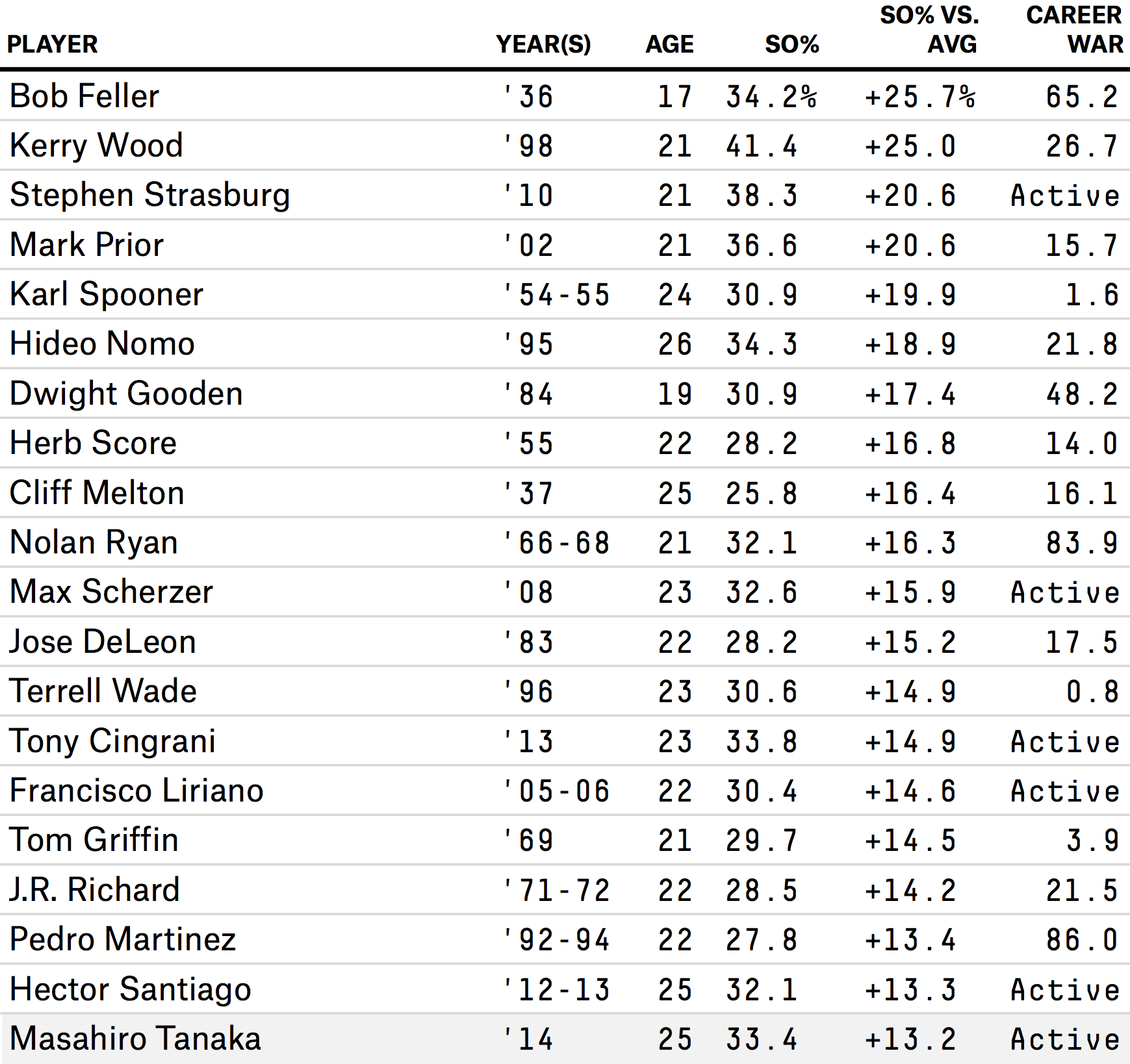 Tanaka ranks 20th after we adjust for the major league average rate of strikeouts per batter and the number of batters he faced (using Voros McCracken’s formula for estimating batters faced). That’s still pretty good, though at 25 he’s also older than many of the other names on the list. It makes sense, given that a pitcher’s strikeout rate starts declining from practically the very beginning of his career.

For that reason, perhaps a more telling list would be of the best strikeout percentage performances by 25-year-old starters in April, regardless of whether they came in the first five starts of a player’s career or not. I’ll add one more filter: To control for the fact that Nippon Professional Baseball-to-MLB projections expected Tanaka to be an above-average pitcher, the list is limited to players whose preseason Marcel-projected ERA was better than the MLB average in the preceding season: 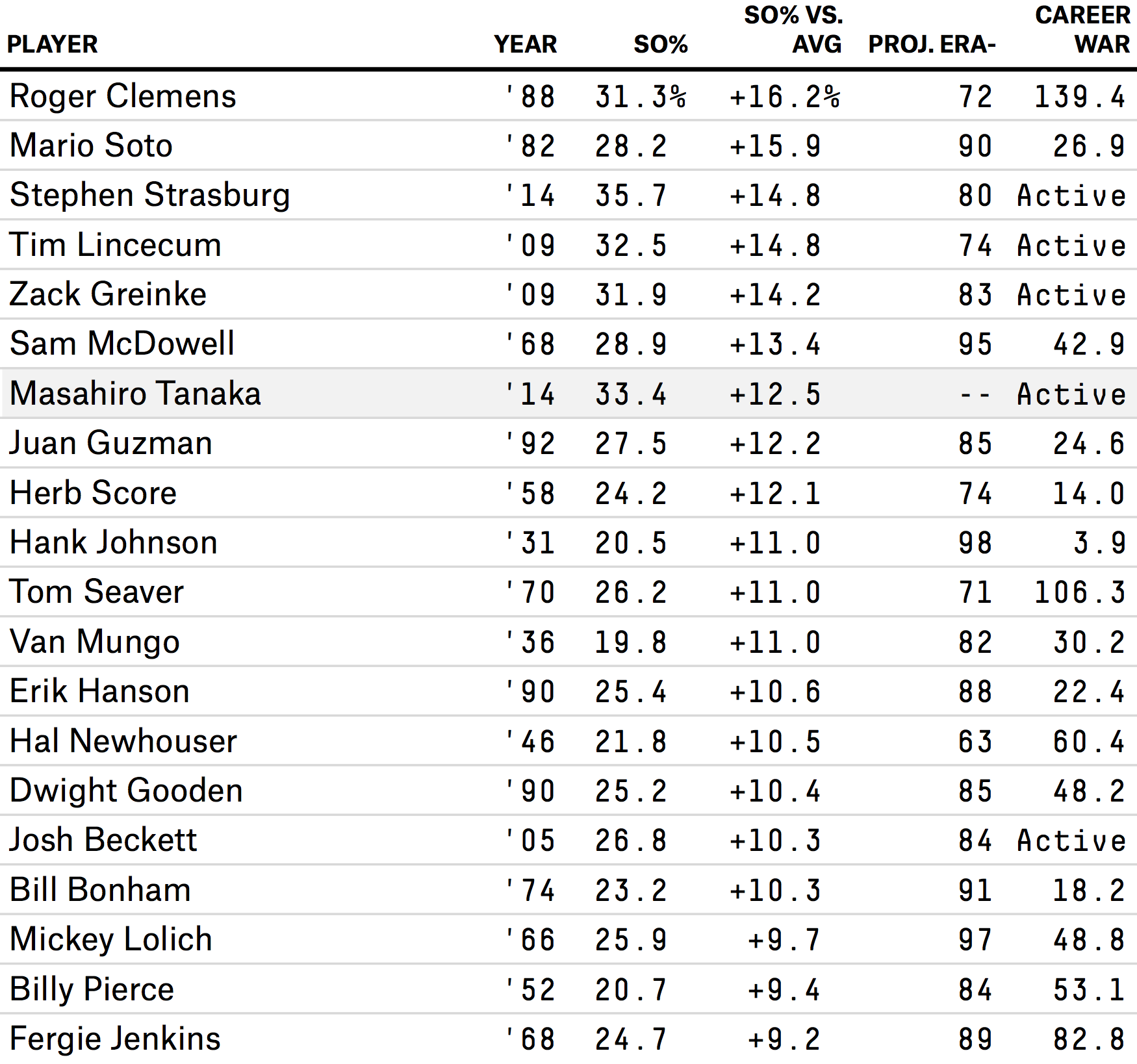 (Note: The chart above compares players to MLB’s overall average strikeout rate in April, which includes data for both starters and relievers. The previous chart compared player strikeout rates to the MLB average for starters only, using data from the entire season.)