On Sunday, FiveThirtyEight released its latest 2014 U.S. Senate forecast, predicting a Republican gain of six seats (with a large margin of error). That forecast is based partly on the generic congressional ballot, a standard polling question that pits a generic Democrat against a generic Republican in a race for Congress. Editor-in-Chief Nate Silver called it “the single best measure of the national political environment.” Currently, the generic ballot is roughly a tie among registered voters (that’s bad news for Democrats, who tend to underperform the generic ballot in midterm elections).

If history is any guide (it might not be), Democrats (the party of President Obama) are unlikely to see meaningful improvement in their generic ballot numbers. Gallup has asked some form of the generic ballot question in every midterm since 1938. To see how it has changed from this point on in midterm-election years,  I took an average of these surveys conducted during January, February and March and compared it to the October average. We’re trying to track the trend in the national environment, not predict final results in the House or Senate. In each year, I only compared polling samples of the same population: adults to adults from 1938 to 1974, and registered voters to registered voters from 1978 to present. (The table below shows Gallup polls, but the wider polling universe shows essentially the same thing.) 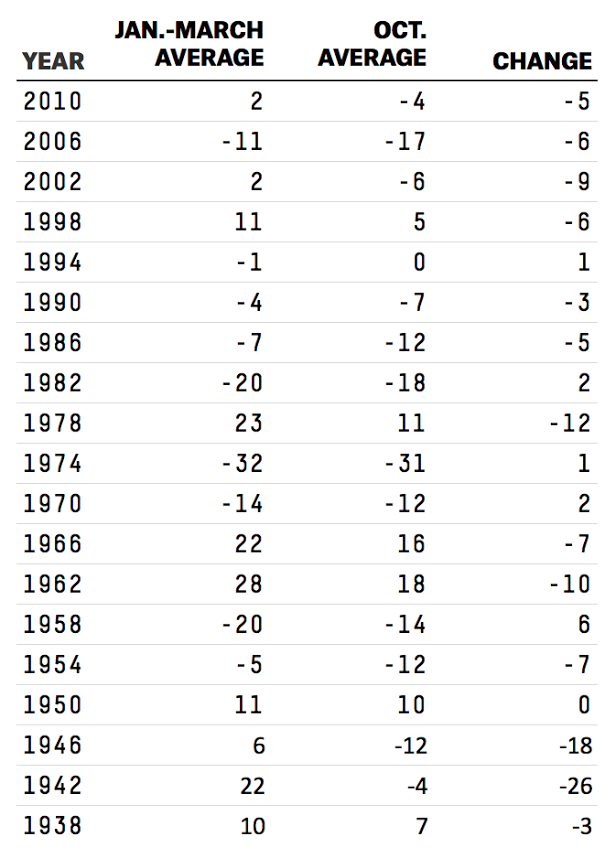 The only year in which the president’s party improved its position by more than two percentage points was 1958, when Republicans under President Dwight D. Eisenhower picked up nearly six points on the generic ballot. The party holding the White House gained two points or less in four other years (1970, 1974, 1982 and 1994).

Every other year saw at least a small decay in the presidential party’s position on the generic ballot. The median year was 2010, when the Democrats’ position declined 5.3 percentage points compared to the Republicans’. In the past five elections, the median drop was similar — -5.7 points.

Even if Democrats match the best improvement since 1938 — Eisenhower’s six percentage points —  it might only result in a neutral political environment. Democrats have done worse among likely voters (and actual voters) than among registered voters in recent midterm elections. In 2010, the gap between the two was six percentage points.

These findings match prior work by political scientists, including Dartmouth’s Joseph Bafumi, Columbia University’s Bob Erikson and University of Texas’ Chris Wlezien. They showed that early generic ballots can be quite predictive of the outcome in House elections, once you correct for the bias illustrated here.

I should be clear that 2014 could be different. History doesn’t always repeat itself. Also, many Senate races are just starting to develop. Candidates and campaigns for these seats will matter. Just ask Missouri’s Todd Akin.

Still, in an era when Senate campaigns are becoming increasingly nationalized, it should worry Democrats at least a bit that, historically, the environment has either stalled or moved against the president’s party over the midterm year.