Oregon is a uniquely convenient state for Barack Obama to have as a firewall. It’s not really the state’s demographics — which are, statistically speaking, very white and relatively working class (Oregon is below the national average in per capita income). Rather, it’s the fact that all of Oregon’s voting is conducted by mail.

EDIT: I’ve been giving out some bad information in this thread. It occurs to me that Oregon has a Republican primary too, so that’s why some of the numbers seemed so high. Certain passages have been corrected.

As of yesterday, the state had already received 360,219 ballots. We don’t know precisely how many of those are Republican ballots and how many are Democratic ballots, but I’d guess that over half of them are Democratic ballots; perhaps somewhere in the 200,000 range. That’s out of about 800,000 registered Democrats in the state, and total turnout that should fall somewhere in the range of 600,000. And these are only the ballots that have been received; ballots are coming in at a rate of about 80,000 per day. Oregonians can’t afford to procrastinate, by the way, because a ballot must be received by election day — the postmark doesn’t matter (although there are special drop-boxes available on election day itself).

So let’s say there’s some big event that takes place over the weekend and swings momentum toward Clinton. It won’t matter, but for the small percentage of Oregonians who use the drop-box option (in 2004, about 13 percent of the primary ballots were received on election day itself, or about 29 percent of the total returned). For all intents and purposes, the election in Oregon is about two-thirds over. That’s why Barack Obama is campaigning in Michigan today; the election is literally in the (mail)bag.

EDIT #1: Here’s something else kind of fun: the final appeal made by each candidate in the Oregon Voter’s Pamphlet. 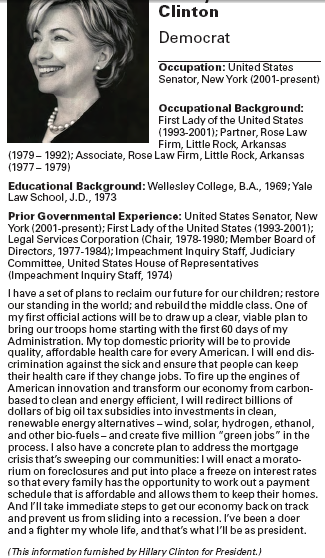 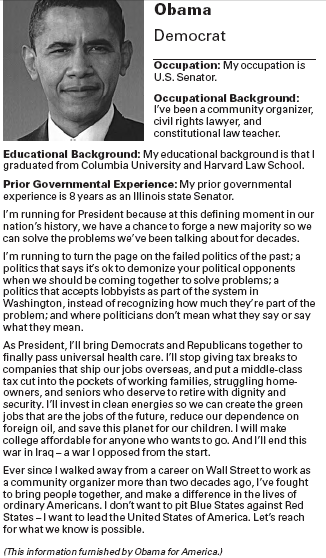 Clinton hits you over the head with resume and facts, whereas Obama’s approach is less prosaic. If the two candidates were in college together, you could imagine Clinton getting really mad at Obama because she spent days working on her paper, and he whipped his together that morning and wound up with the better grade.