The series finale of “How I Met Your Mother,” the powerhouse CBS sitcom that has run for nine seasons, airs Monday night. The conceit of the show — Ted Mosby, the central character and narrator, telling his kids how he met their mother — has been studied extensively. How do we meet our significant others?

Michael J. Rosenfeld of Stanford University and Reuben J. Thomas of the City College of New York examined this question in their 2012 paper “Searching For a Mate: The Rise of the Internet as a Social Intermediary.” Derived from data collected in their 2011 study, the “How Couples Meet and Stay Together Survey,” Rosenfeld and Reuben laid out changing trends in how heterosexual and same-sex couples meet. Of particular interest to their research was the rise in online relationships, but they also made available detailed supplemental data (PDF) about how men and women met their spouses. 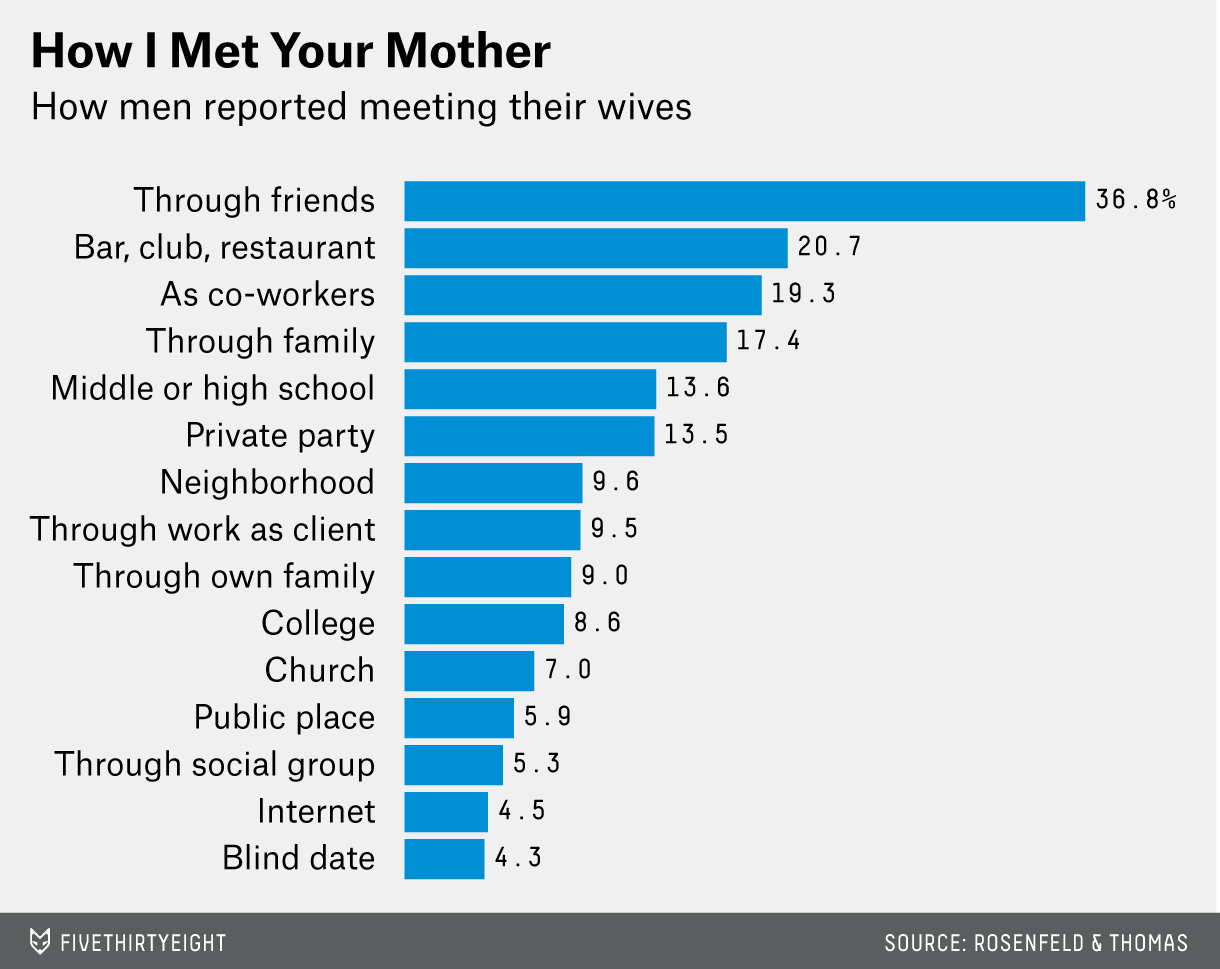 And because the spinoff series “How I Met Your Dad” could be right around the corner, here’s how women met their husbands: 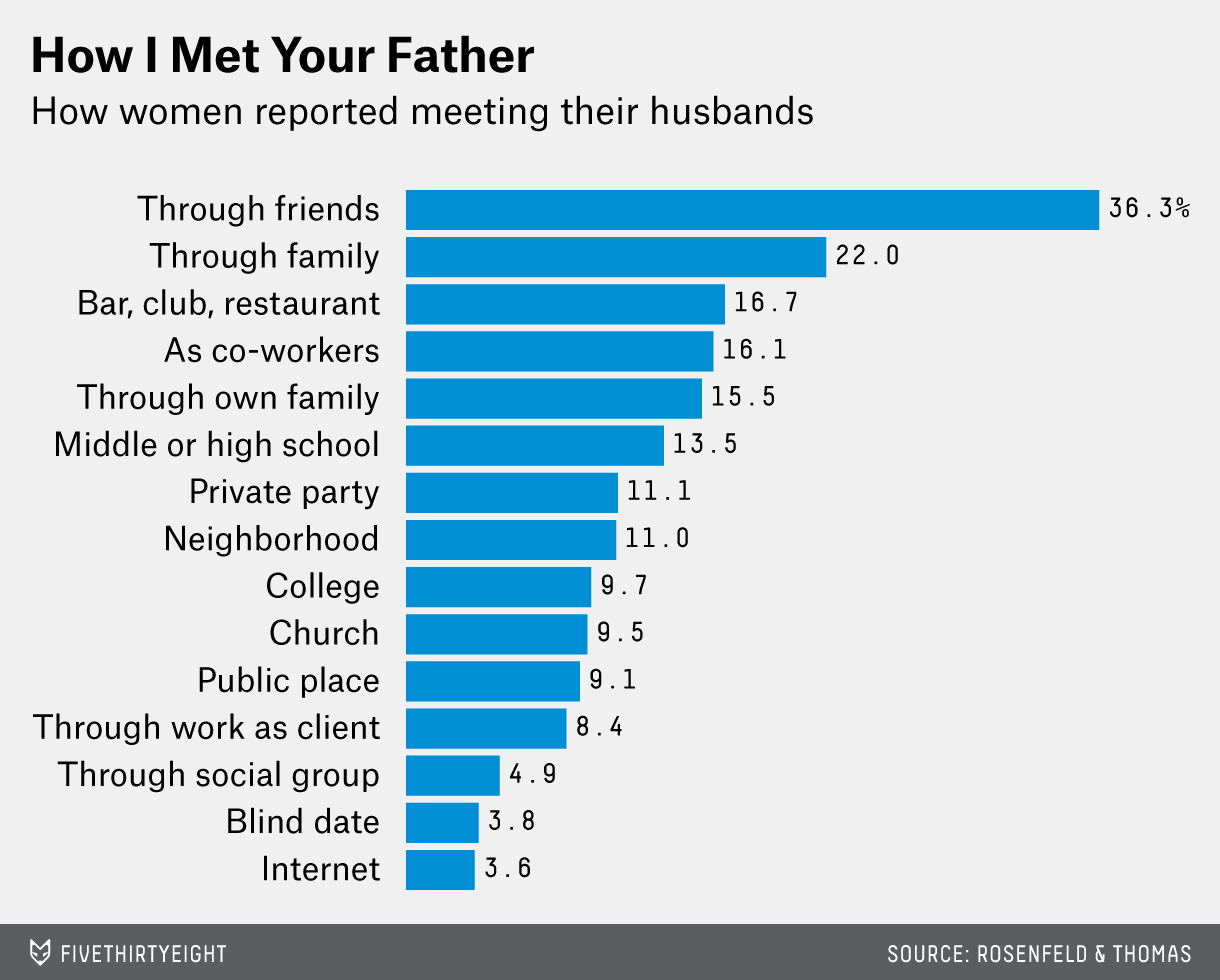 Don’t expect these to add up to 100 percent. This data is self-reported, and the categories are overlapping (note “through family” and “through own family”).

In the show, Ted meets The Mother during a wedding weekend, which would put Mr. Mosby in line with the 13.5 percent of men who reported meeting their future spouses at a private party.

Rosenfeld and Thomas are probably lucky that Ted is a fictional character and was unable to reply to their survey. The box where respondents were asked to explain how they met their spouse was open-ended, and if nine seasons of narration have proven anything, sometimes the answer is complicated.