The Bureau of Labor Statistics on Wednesday released the 2014 results from the American Time Use Survey. The survey offers the most detailed, up-to-date portrait of how people in the United States spend their time. Here are five of the most striking results, nearly all of which have persisted at near identical rates for the past five years: 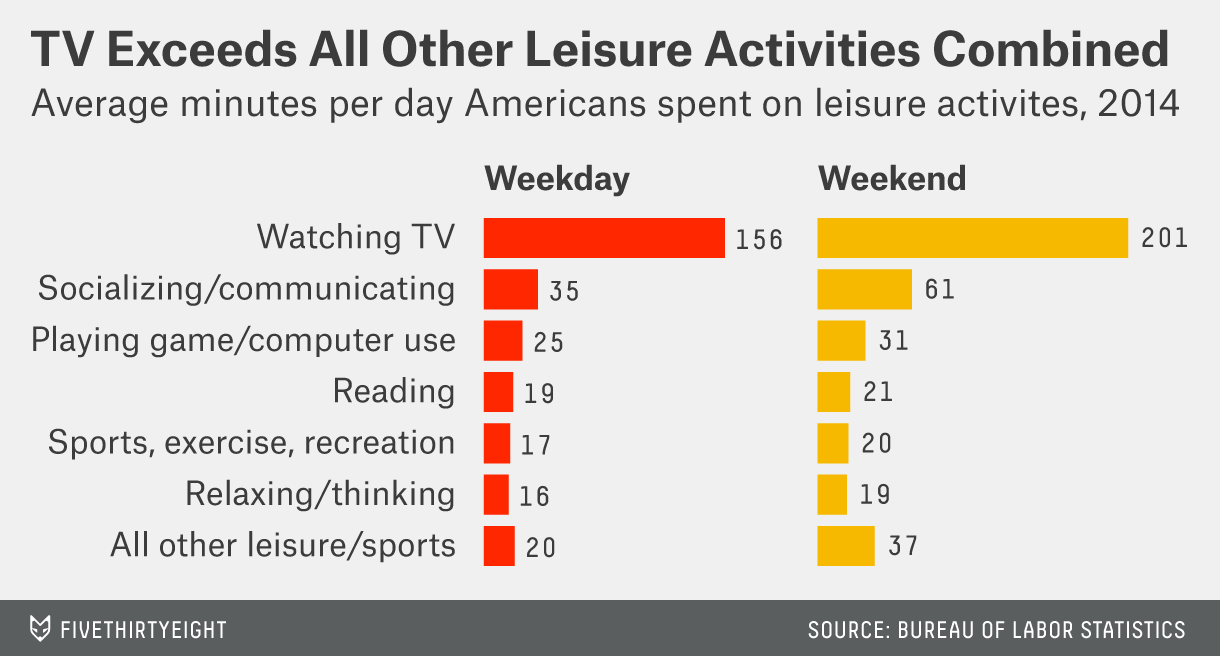 Better-educated workers still have more freedom to work from home:

Few Americans volunteer, but the ones who do put in a lot of time:

In 2014, 21 percent of Americans spent part of their day caring for the children in their household, and women spent about 30 percent more time parenting than men did (2 hours, 10 minutes per day for women, one hour, 35 minutes per day for men). Those averages minimize the gap a little — they compare men and women who spend any time taking care of children, and men are much more likely than women to not do any child care at all (84 percent of men spend no time taking care of children, but only 74 percent of women can say the same).

But there’s one part of child care that no group spends much time doing:

From 2010 to 2014, parents had deliberate conversations with their children for, on average, only 3 minutes a day, and they read to their kids for 2.4 minutes per day (about one picture book’s worth). Conversation with children helps spur language development, and several states run programs for low-income families, who may have less time at home, to help them engage their children and close the word gap.