The era of rock-bottom interest rates may be ending this summer, based on a tiny language tweak in a statement issued today by the Federal Reserve. That could be good for your savings account, but bad for your credit cards.

In 2008, the Fed began to cut short-term interest rates to stimulate a free-falling economy. Rates on everything from credit cards to auto loans to mortgages began to fall.

These low interest rates support the economic recovery by bolstering consumer spending, as well as by stimulating business investment. But this may begin to change this summer. 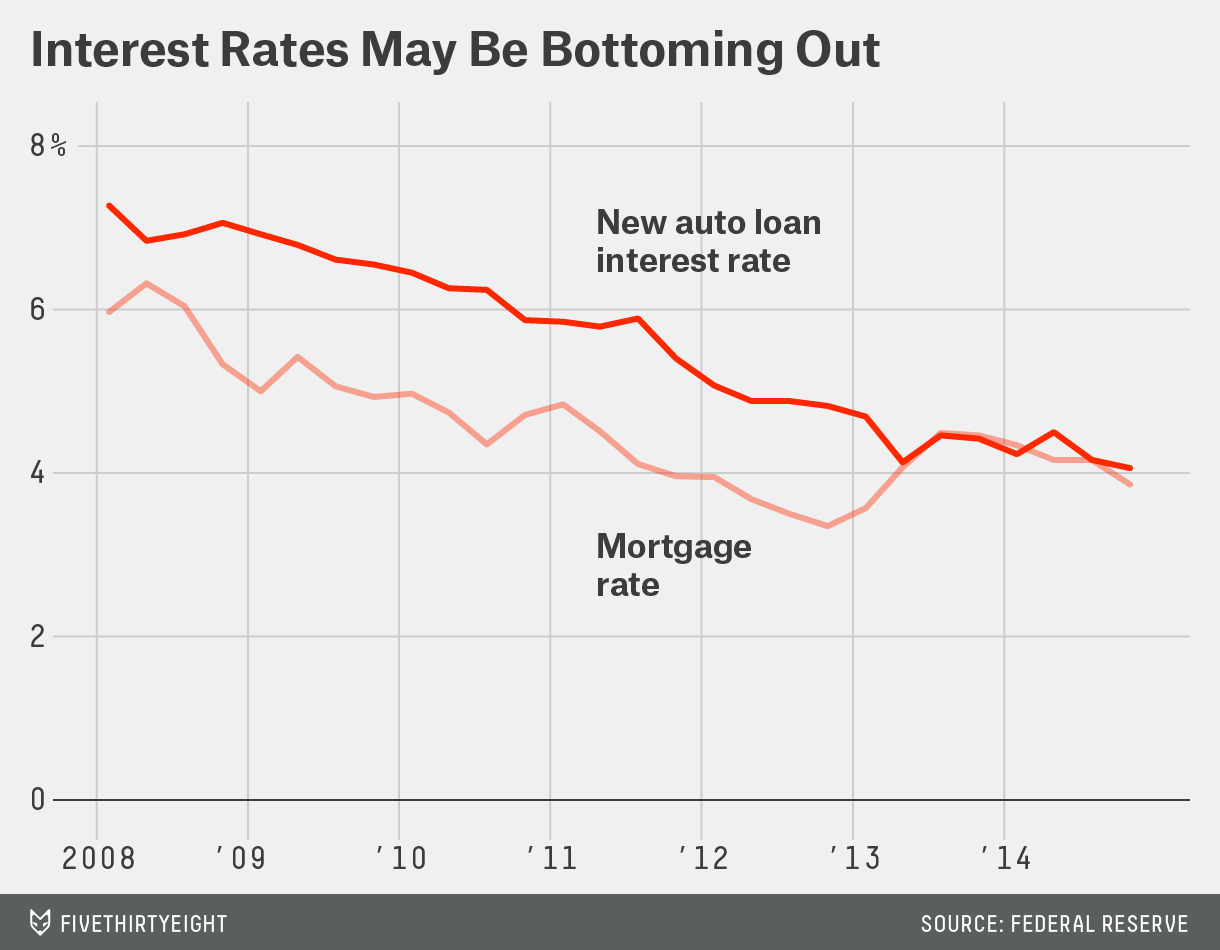 On Wednesday, the Fed’s main policy setting body released a statement with a tweak in its language: no longer would it be “patient” in normalizing short-term interest rates from nearly zero.

The financial markets immediately noticed that change, of course, and decided it meant something big: The Fed might raise rates, for the first time in more than 10 years, at its June 2015 meeting. The Fed was clear in its statement, however, that a rate increase isn’t a sure thing. Any change depends on new data about the state of the economy.

And as it happens, recent data hasn’t looked so good. Recent reports on housing starts, retail sales and industrial production have led private forecasters to lower their GDP projections for the first-quarter of 2015. But to the Fed, the jobs outlook matters more than anything else — and unemployment fell to 5.5 percent in February, and recent months have shown a strong sequence of job growth.

If and when rates do rise, there will numerous aftershocks, both good and bad. Households living on a fixed-income would earn more income. The U.S. dollar, already strengthening, would likely grow stronger. The personal saving rate, now at 5.5 percent of disposable income, might rise as saving becomes more appealing.

Most profoundly for day-to-day-life, though, the cost of buying a new home, or getting that new car, or paying off a credit card balance, will increase. In its own subtle way, the Fed has put you on notice.