Defense Secretary Chuck Hagel is stepping down. He has been in the position for 634 days — less than two years. That may sound brief, but by history’s standard, Hagel’s tenure is almost perfectly normal.

There have been 24 defense secretaries (counting Donald Rumsfeld twice — he served two terms — but not including acting secretaries). Twelve served longer than Hagel, and 11 served shorter tenures. (Hagel will reportedly stick around until his successor is confirmed by the Senate. But we don’t know how long that will take, so for now, I’m counting his tenure as ending Monday.) 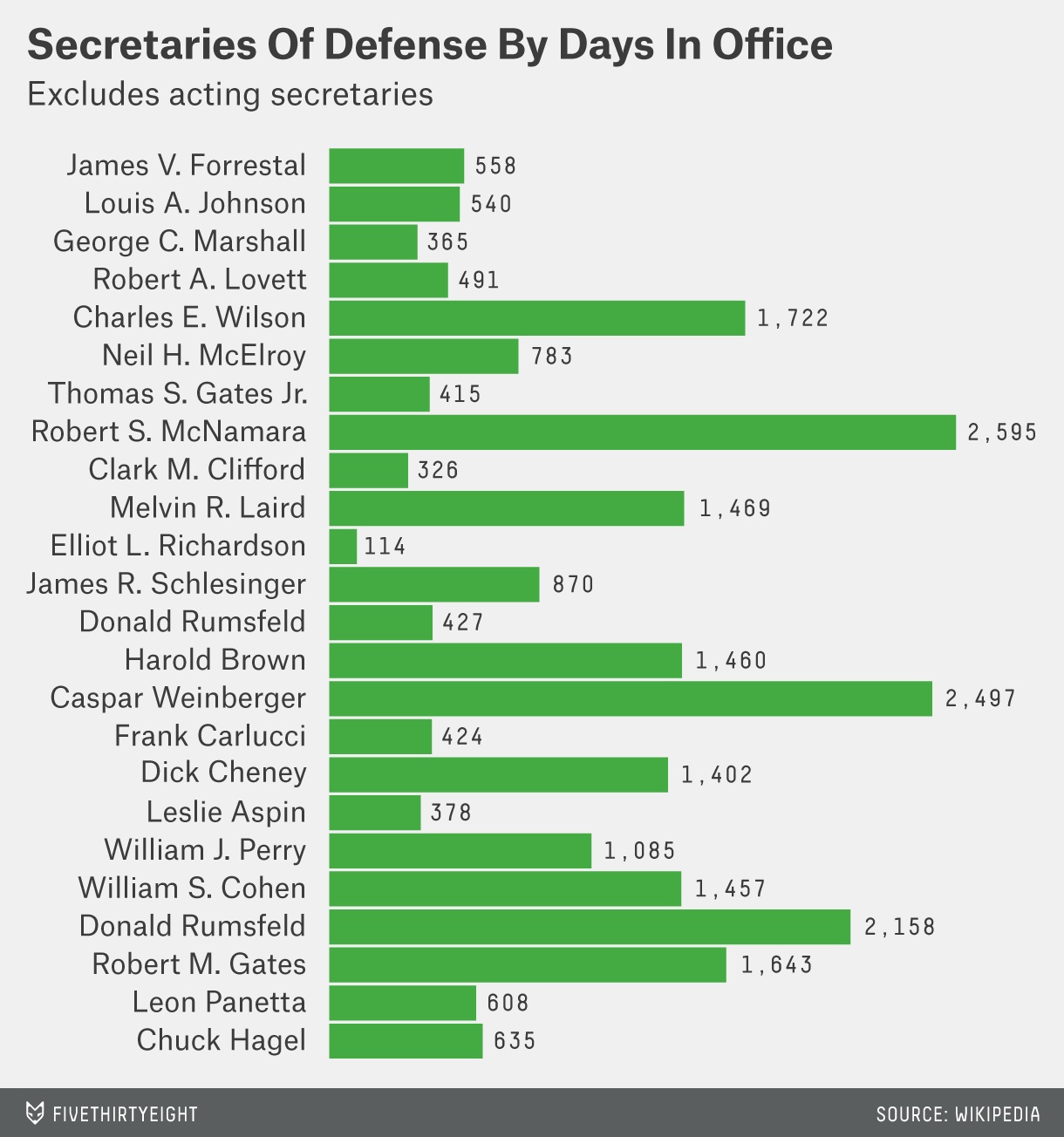 Hagel’s short tenure seems a little more unusual because it came in the middle of a president’s term. Excluding those who left office after a change in administration, six of 16 (38 percent) defense secretaries held the position for less time than Hagel.