Fox’s “Glee” comes to an end Friday night. But it has surpassed the 100 episodes required for syndication, so this probably isn’t the last we’ll see of those singing students. “Glee” had a lot of fans, and it brought a lot of political issues — particularly LGBT issues — into America’s living rooms

All that said, the show’s audience has collapsed. Here are the Nielsen ratings — from the resource SpoilerTV — for all “Glee” episodes. 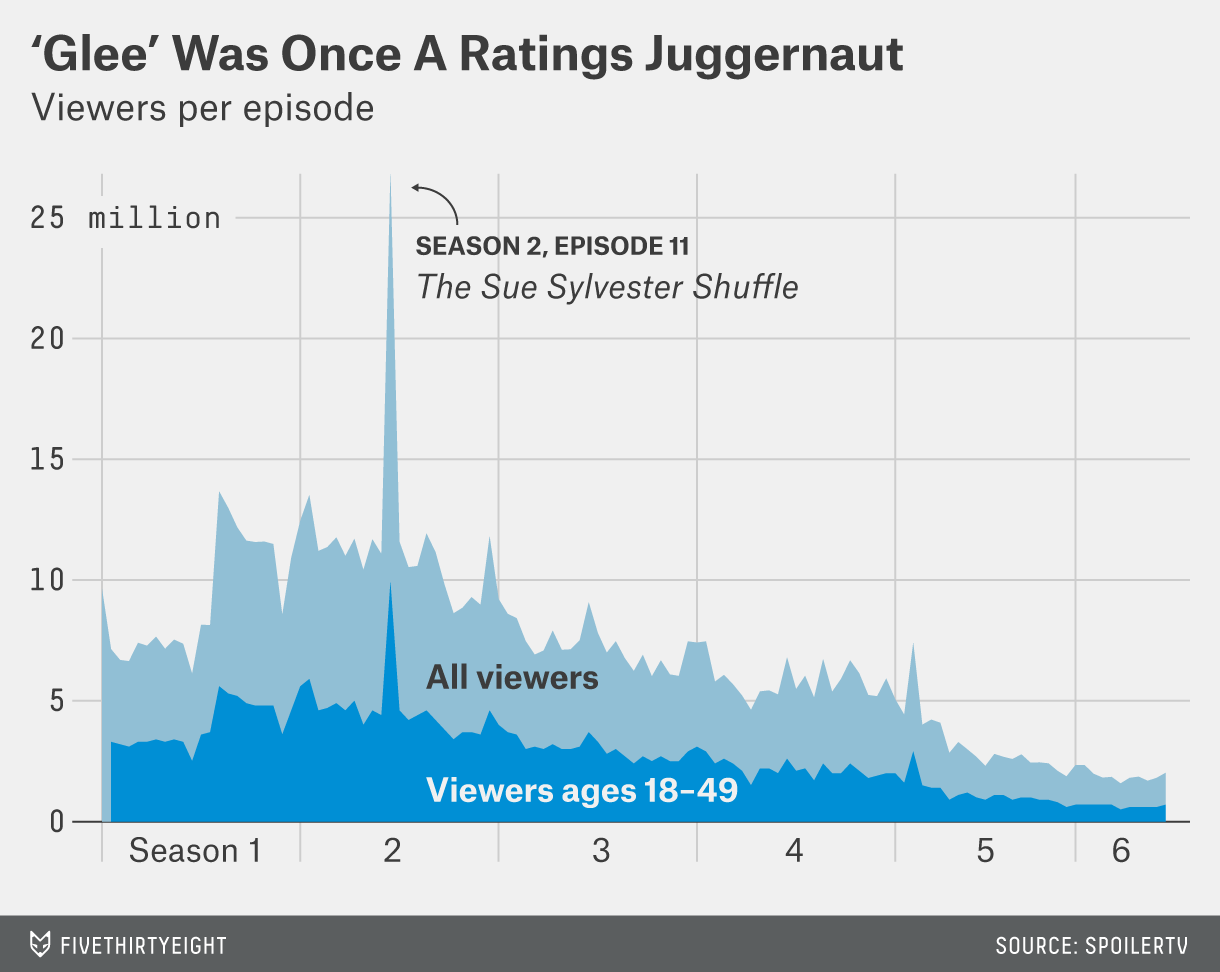 “Glee” was regularly pulling upwards of 10 million viewers in its first two seasons. (That massive spike you see early on is episode 11 of season two, “The Sue Sylvester Shuffle,” which benefited from having the Super Bowl as a lead-in.) But the past several episodes have been pulling only around 2 million viewers each.

See you in syndication, “Glee.”