The six members of the U.S. team that won this year’s International Math Olympiad (IMO) last week were all boys. And that’s no fluke. Since the U.S. began participating in the competition in 1974, 88 percent of its teams have been entirely male.

That places the U.S. among the 15 nations most likely to bring all-male squads to the IMO, an annual competition for high school students from around the world.1 Azerbaijan, North Korea and Tajikistan are the only countries that have never had a girl on their IMO teams. But for many other countries, female competitors are very rare.2 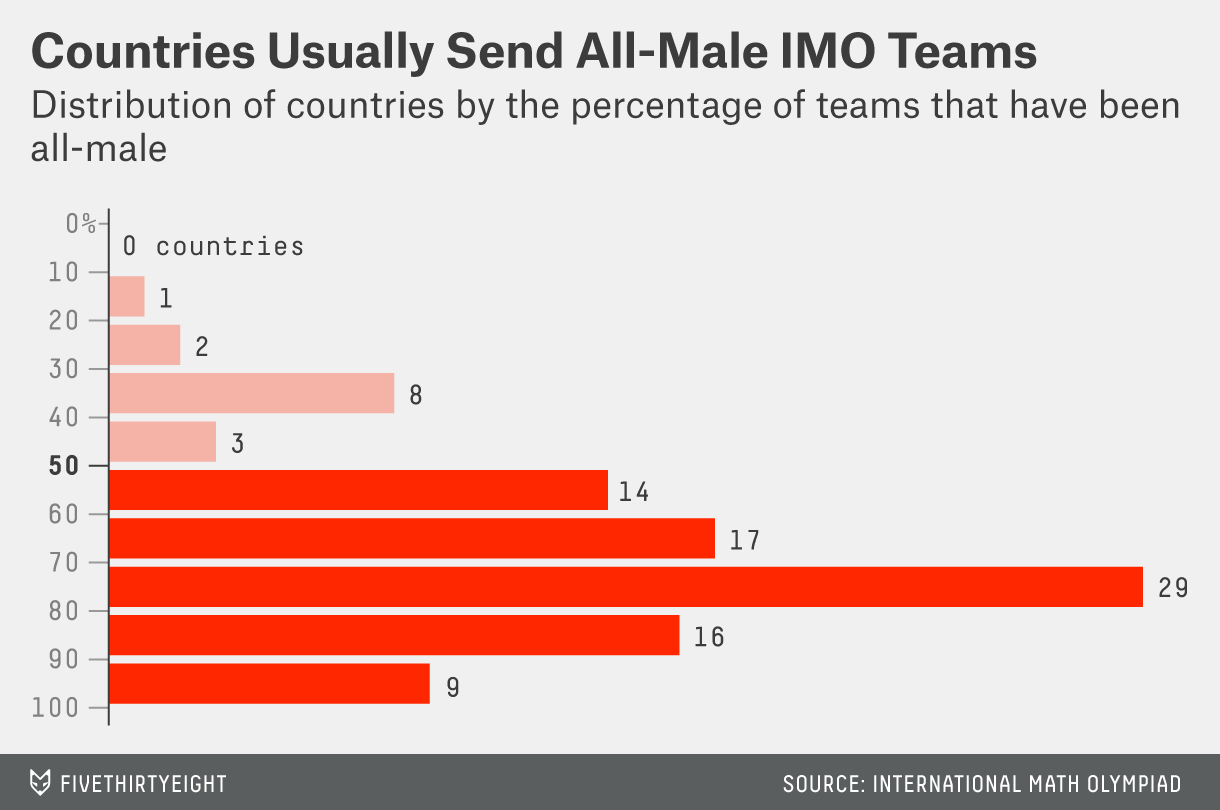 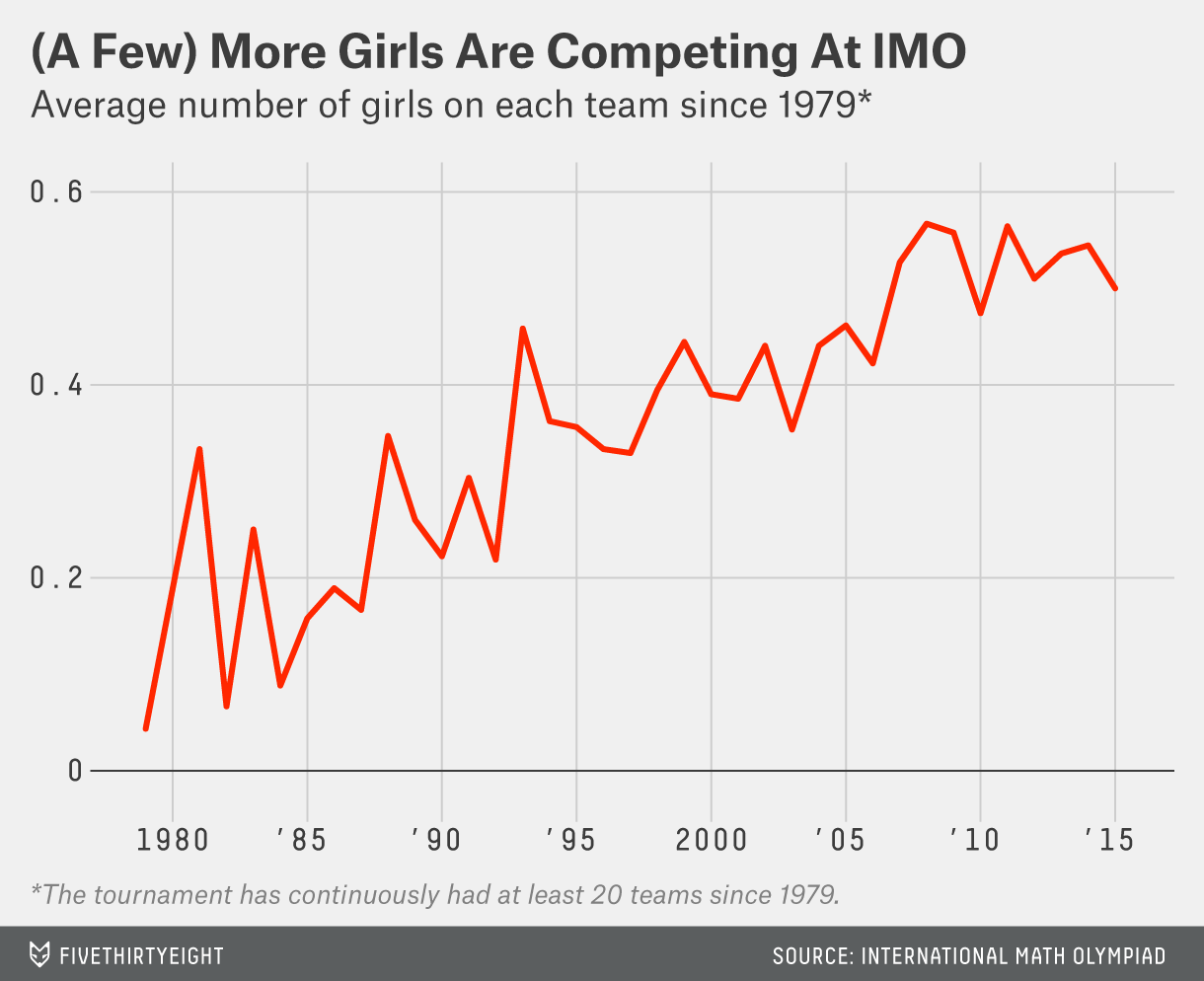 Of course, the U.S.’s gender gap at the upper echelons of math research isn’t quite as stark as its IMO record. But the gender makeup of the U.S.’s IMO teams does reflect a broader gap in mathematics. During the 2012-13 academic year, the most recent year covered by the American Mathematical Society’s annual reports, just 27 percent of all math Ph.D.s awarded to U.S. citizens went to women.

At the IMO, even the teams who bring the most female competitors don’t bring very many. The six nations at the top of the list — Bolivia, Albania, Slovenia, Bosnia and Herzegovina, Macedonia and Croatia — have averaged between 1 and 1.3 girls per IMO team.3 All those countries joined the IMO more recently (1993 for all nations except Bolivia, which began competing in 1997). But since 1993, the U.S. average has been only 0.2 per team.