Not that you haven’t heard the news, but… 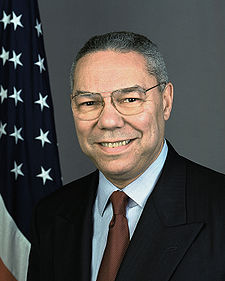 My predisposition is to be skeptical of the value of endorsements in presidential general elections. Endorsements generally serve as an informational shortcut for voters, and therefore their importance tends to be inversely proportional to the stature of the contest involved. When you’re voting for Dog Commissioner, and you have no information about the candidates, you might well go with whomever your local paper decides to endorse. In a race like Obama-McCain, on the other hand, you already have all the information you could ever want, and probably have established a fairly strong preference for yourself.

With that said, Powell has approval ratings as high as just about any public figure in America. His endorsement was eloquent, unequivocal, and because of his role in the Bush Administration, genuinely newsworthy. Powell’s endorsement might play especially well among the defense and military communities in Northern Virginia, which just so happens to be perhaps the most important swing region in the election.

And it comes at an opportune time in the news cycle, with the McCain campaign having just started to feel as though it had refound its center of gravity. Between this and Obama’s $150 million fundraising haul, however, the sense of inevitability may creep in again. Contrary to some observers, I think that there is far more downside to the Republicans in resignation, fatalism and low morale than there is to the Democrats in complacency.