How does this fit with the national picture? We looked at census data on employment in computer occupations — roles such as programmers, software engineers and computer scientists. The census category isn’t a perfect measure of the size of the tech sector, but it gives us a good indication of the gender balance within it.

The data shows that there’s nothing particularly unusual about New York. Of the 1.7 million people employed in computer occupations in the U.S., 74.5 percent are men, according to the Census Bureau. Even once you look below that countrywide total, there’s little variation: In 230 of the 360 metropolitan areas we looked at, men made up somewhere between 70 percent and 80 percent of those employed in computer-focused occupations.

Sure, there were a couple of outliers, the most extreme of which was Pine Bluff, Ark. In Pine Bluff, men made up just 20 percent of computer professionals. But Pine Bluff has just 296 such workers total.

Among the 16 metropolitan areas with more than 50,000 people working in computing, the gender balance closely mirrors New York’s. Keep in mind that a metropolitan area, according to the Census Bureau, includes the city listed below, as well as its surrounding areas. For example, the Seattle metropolitan area includes Seattle, Tacoma and Bellevue. 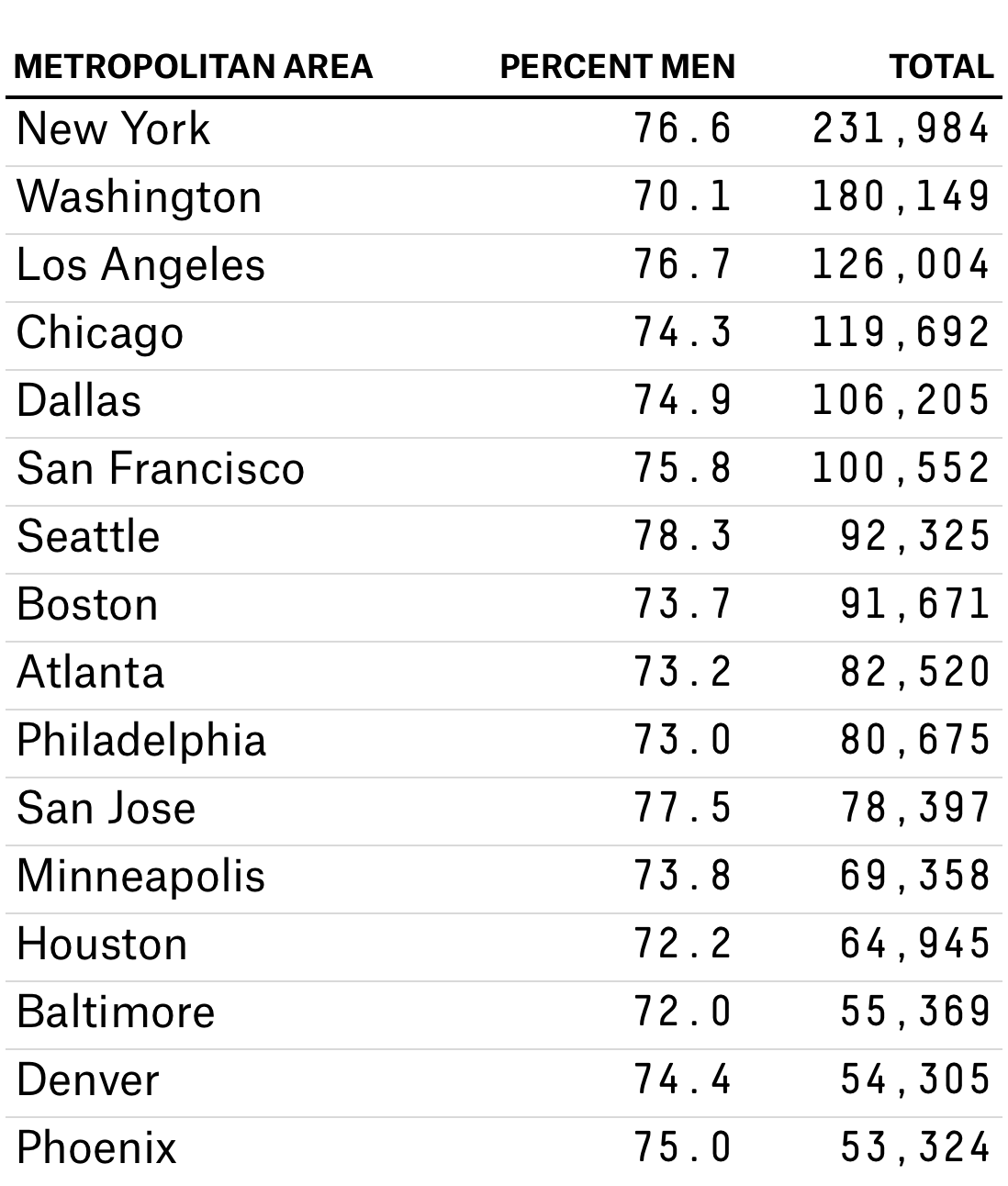