“Hillary Clinton is running for Barack Obama’s third term.” You’ve heard a version of that argument from many Republicans who want to tie Clinton to a president who isn’t all that popular. Democrats, on the other hand, have been split on whether Clinton should glue herself to Obama and his record.

But all that debate and posturing are largely academic. Clinton is already tied to Obama and is likely to remain so. Remember when Clinton was Obama’s secretary of state and her favorable ratings ran well ahead of his? That isn’t the case anymore. Check out this chart of YouGov data since the beginning of 2013: 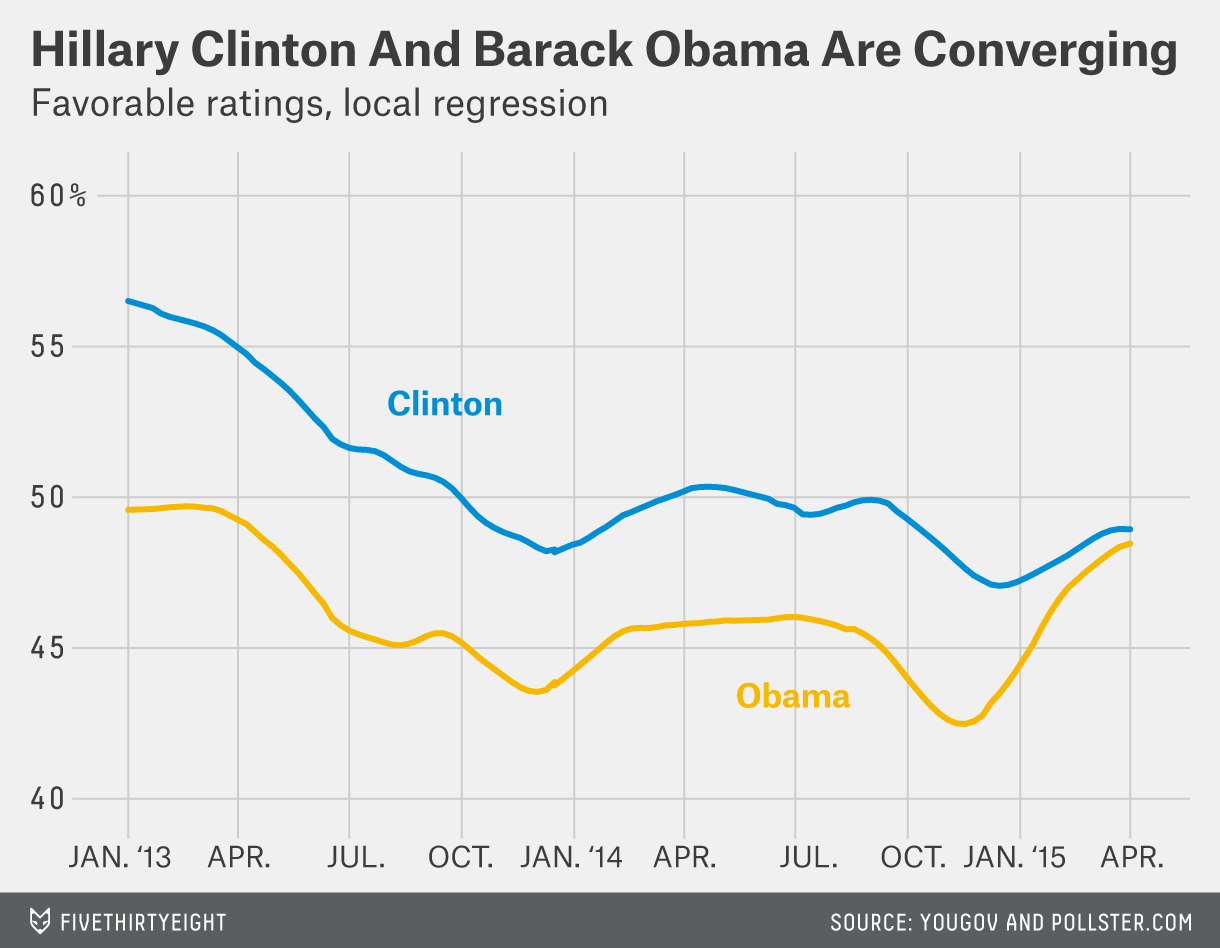 Even when Clinton’s favorable rating was stronger than Obama’s, the two generally fell and rose at the same time. The correlation between the two has been 0.79.

Now the relationship is even stronger. YouGov breaks down the favorability ratings by age, gender, income, ideology, party identification, race and region. Over the past two weeks, Clinton’s favorable rating in each of these groups mirrors Obama’s. 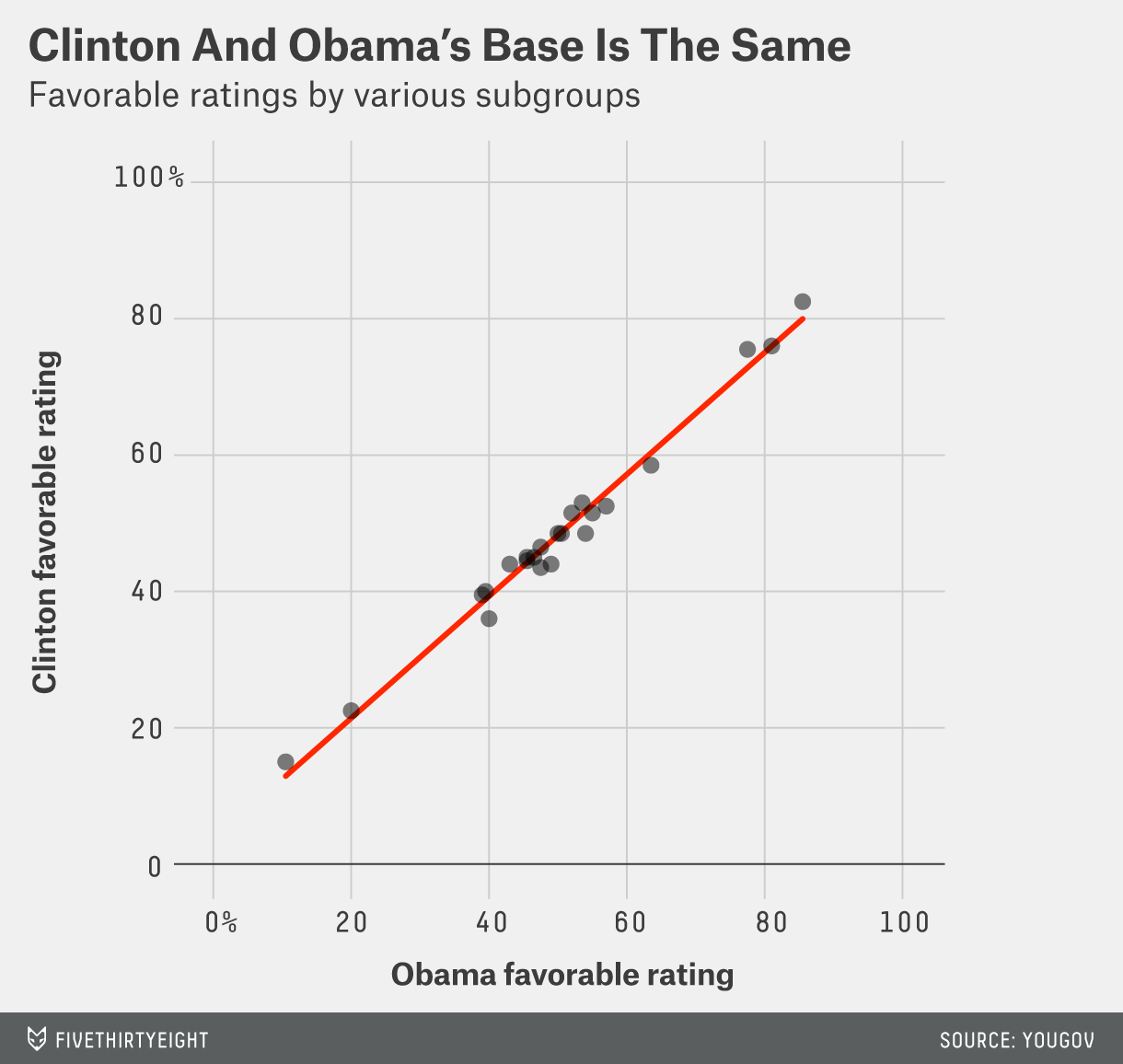 Keep in mind, all these differences are within the margin of error. The correlation between Clinton’s and Obama’s favorable rating in these 23 demographic groups is 0.99. Clinton simply doesn’t seem to have a different base of support from Obama.

Could Hillary Clinton pull off what McCain did?

It’s possible. Clinton had a well-formed public profile before Obama came on the scene; she’s not running in Obama’s shadow. In addition, we don’t have a ton of data points here — just a handful of elections. So we can’t make any hard and fast rules.

That said, McCain was an unusual case. He, unlike Clinton and everyone else on this list, did not serve in the incumbent president’s administration. McCain also had a considerably different ideological profile from Bush. Obama’s and Clinton’s are similar.

Chances are that the current polling will hold. Clinton’s fate will more or less be tied to Obama’s popularity and the factors that determine it. Any difference will be small, though in a very close election perhaps a small difference is all she’ll need.