Florida State was the nation’s preseason No. 1 college football team, according to ESPN’s Football Power Index (FPI), a computer-generated power rating designed to measure the relative strength of each team in the NCAA’s Football Bowl Subdivision. But the Seminoles faced an early test Saturday in 25th-ranked Oklahoma State. It was an exam FSU would barely pass; while the FPI would have predicted an 18-point victory, the Seminoles squeaked out a mere six-point win that caused their FPI to drop by two points.

ESPN’s Stats & Info Group has computed FPI back to the 2005 season, and Florida State’s was the fourth-worst Week 1 performance by a preseason No. 1 in terms of FPI points lost in the subsequent set of rankings: 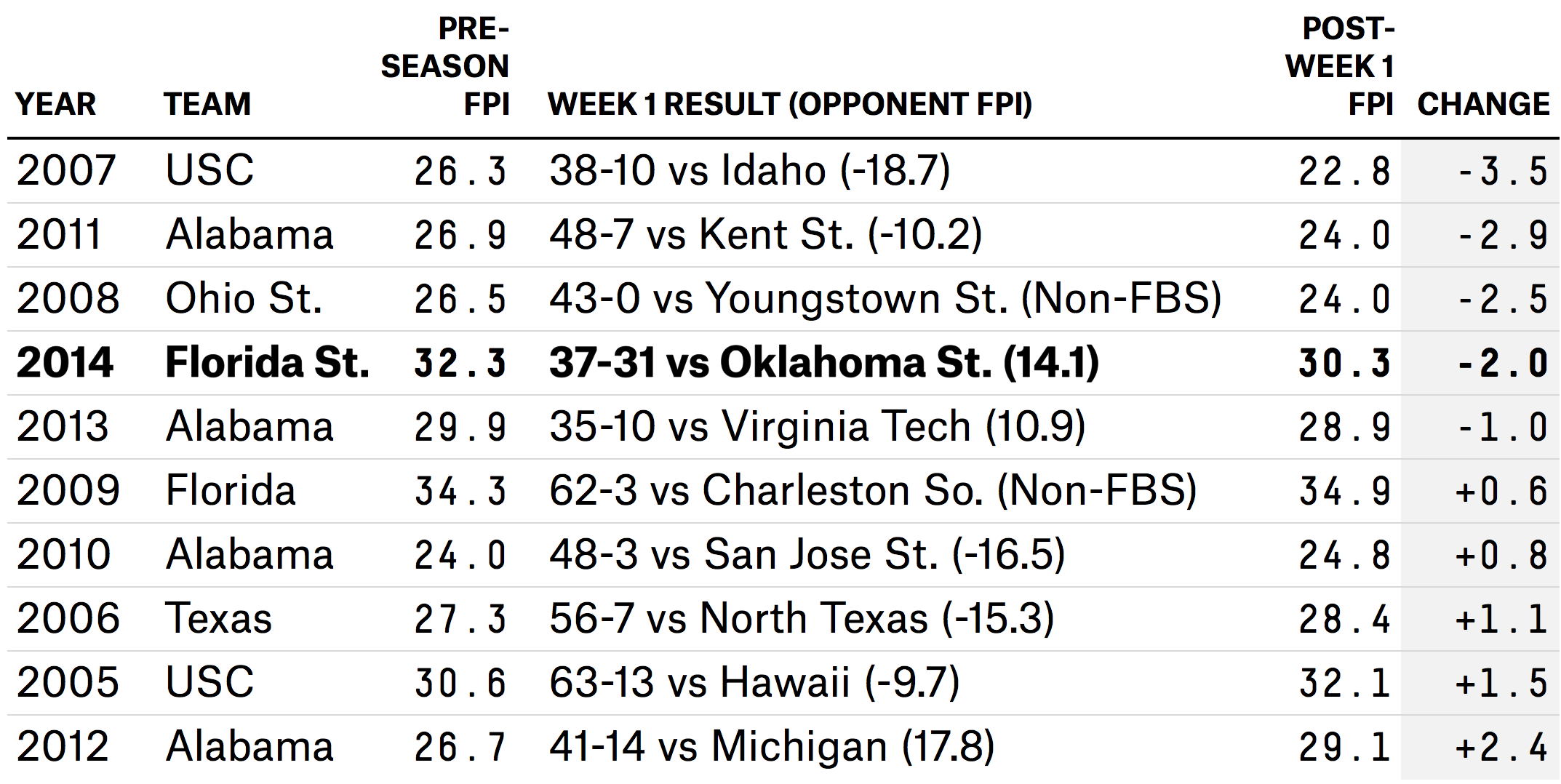 The three games resulting in bigger FPI losses for preseason No. 1s were all wins against extremely weak competition, by margins deemed unacceptably low according to the pre-game power ratings. By contrast, the best performance — Alabama’s 41-14 dismantling of Michigan in 2012 — was a rout against an opponent considered to be strong by the FPI.

FSU’s win Saturday belongs to yet a different category. Oklahoma State is in a rebuilding phase, returning just eight starters from last season’s 10-3 squad, but it also carried an FPI rating implying it’d be roughly a two-touchdown favorite against an average FBS school. Among opening opponents for preseason No. 1s, only the Michigan team Alabama crushed in 2012 came into the game with a stronger FPI rating.

There are worse ways to begin a season than beating an opponent of that relative quality. FPI is geared for maximal predictive accuracy, so a six-point win against a team with a rating of 14.1 points per game above average is still considered more indicative of success than scheduling a cream puff for the opener and only beating them by 40.