The Florida Senate on Thursday voted to give the Department of Transportation the authority to raise the speed limit from 70 mph to 75 on about 1,500 miles of road in the state. If the measure passes the House and is signed into law, Florida’s maximum speed limit could be bumped up above the median for the country, currently 70 mph.

If Florida’s Department of Transportation increases the state’s top speed limit to 75 mph, Florida would become just the second state east of the Mississippi River to exceed 70 mph (the other is Maine). The higher limits are mostly in the Plains states, the Mountain West and the Southwest. Here’s the maximum speed limit in each state (these limits tend to apply to cars on rural stretches of highway): 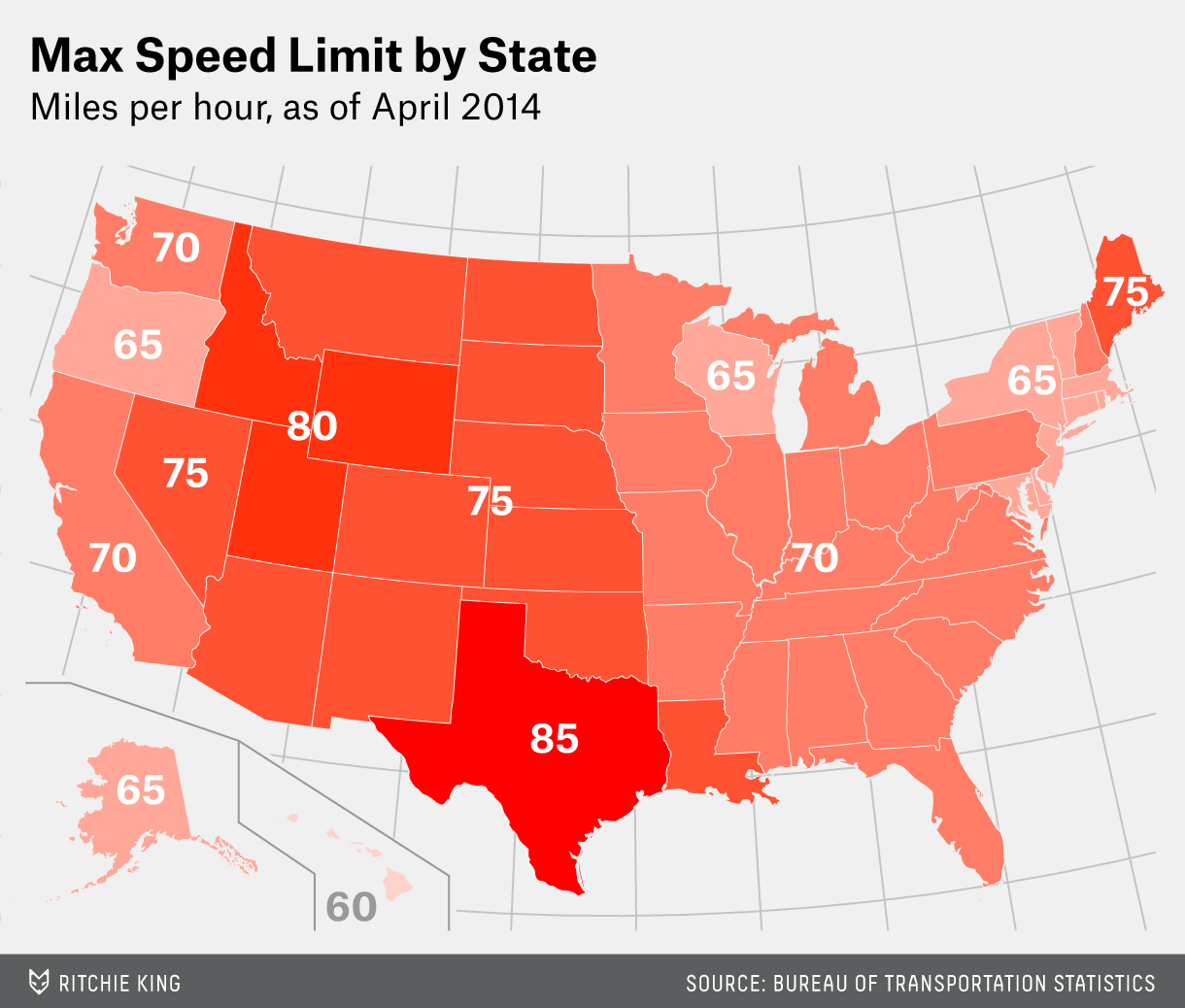 Since 2005, 13 states have changed their speed limits, according to the Insurance Institute for Highway Safety. All of the changes have been increases (Texas, Kentucky, Utah, Ohio, Illinois, Virginia, Louisiana, Kansas, Maine, New Hampshire, Pennsylvania, Wyoming and Idaho).