A new poll from Gallup suggests that Americans are less reliant on credit cards than any time since 2001. The survey, which was based on a random sample of 1,026 adults, found that 29 percent of Americans do not own any credit cards — the highest proportion since 2001. For those who do own cards, the average number in their wallets is 3.7, whereas it was four in April 2001.

It’s not just the number of credit cards that appears to be declining; it’s also the use of them. Gallup found that credit card users are now more likely to say they pay their full balances every month — 48 percent of them said this, another high since 2001.

In the six years during which the survey was conducted, the respondents always answered at the beginning of April. That’s important because people’s credit habits can fluctuate a lot throughout the financial year. But as with all self-reported data, perceptions and accuracy matter. If Americans are more embarrassed to admit that they have credit cards, or worse at remembering how many they own, these numbers could be inaccurate.

So we also looked at data from the Federal Reserve on consumer credit. More specifically, we’re interested in the amount of “revolving credit” — all the debt that doesn’t have fixed payments — that Americans own. The Fed doesn’t know that information on an individual basis, but we do have data on the total amount of that credit moving through the U.S. economy each year.

Adjusted for inflation, there really has been a change in Americans’ credit habits: 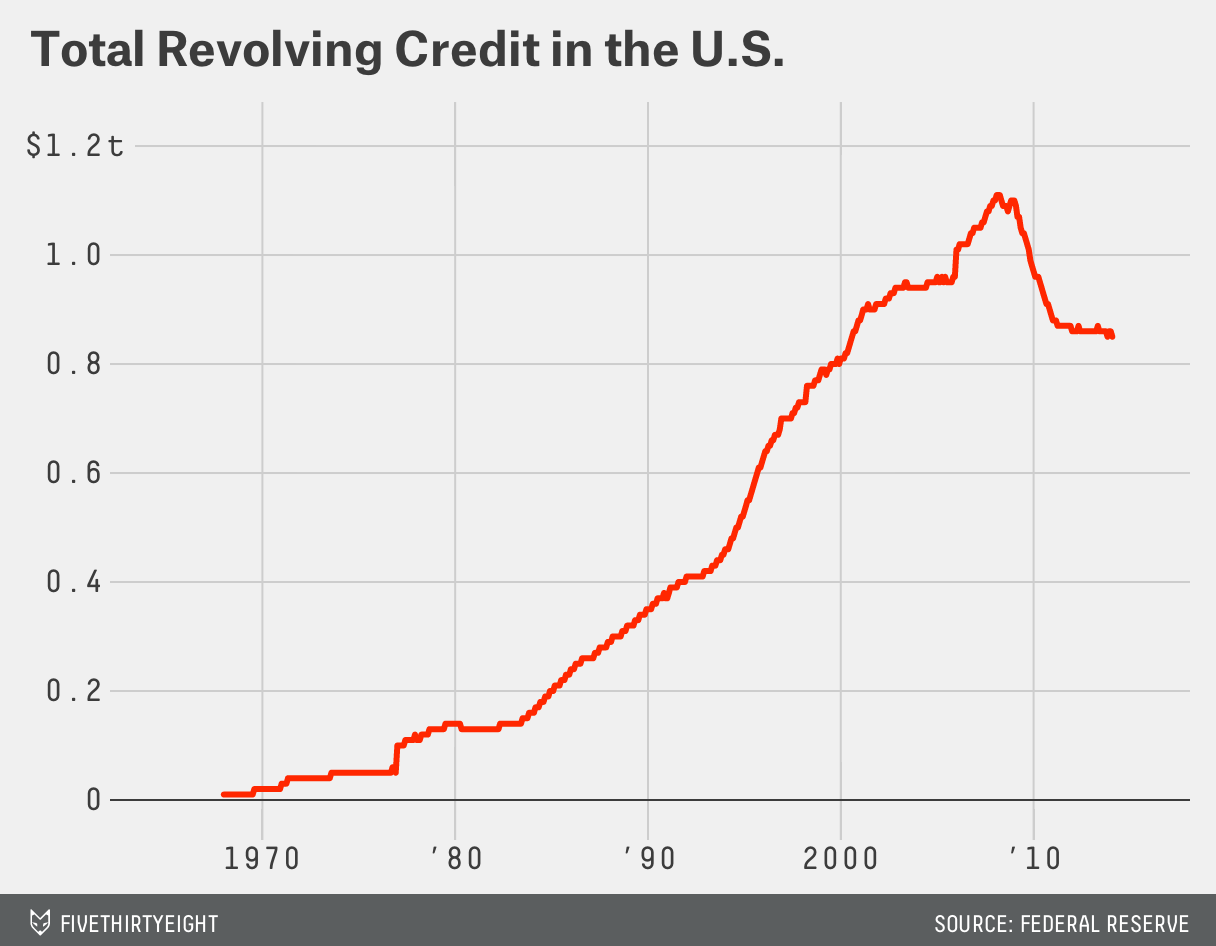 As you can see, the turn coincided with the financial crisis of 2008. That makes sense. Since then, banks have tightened their lending standards; many people have lost jobs, and thus access to credit; and some people may have become more cautious about accumulating debt.