Bill Haas shot a 68 in the first round of the Masters on Thursday, grabbing a one-stroke lead over a trio of former major championship winners: Adam Scott, Louis Oosthuizen and Bubba Watson. But how likely is an early lead at Augusta to hold up?

For leaders after a single round, not very. I gathered data from Yahoo’s golf scoreboard for every Masters since 2002, when the website started listing round-by-round scores for every player in the field (including those who missed the cut). After feeding the data into a logistic regression predicting the eventual winner, I found that a player’s first-round score isn’t necessarily the deciding factor in whether he can make a run for the green jacket. Instead, it’s all about how many players are in front of him. And even then, there are no guarantees after just one round of play.

Obviously, no players are starting the second round in front of Haas. Based on the regression model, that gives him an 8.6 percent probability of winning the tournament come Sunday afternoon. Scott, Oosthuizen and Watson have only Haas in front of them, so their probabilities are about 7.7 percent apiece. But even someone like pre-tournament co-favorite Rory McIlroy, who finished the first round with 11 players ahead of him, still has a 2.4 percent chance of winning — not too much lower than Haas’.

Here are the odds of winning based on the number of competitors a player trails after one round: 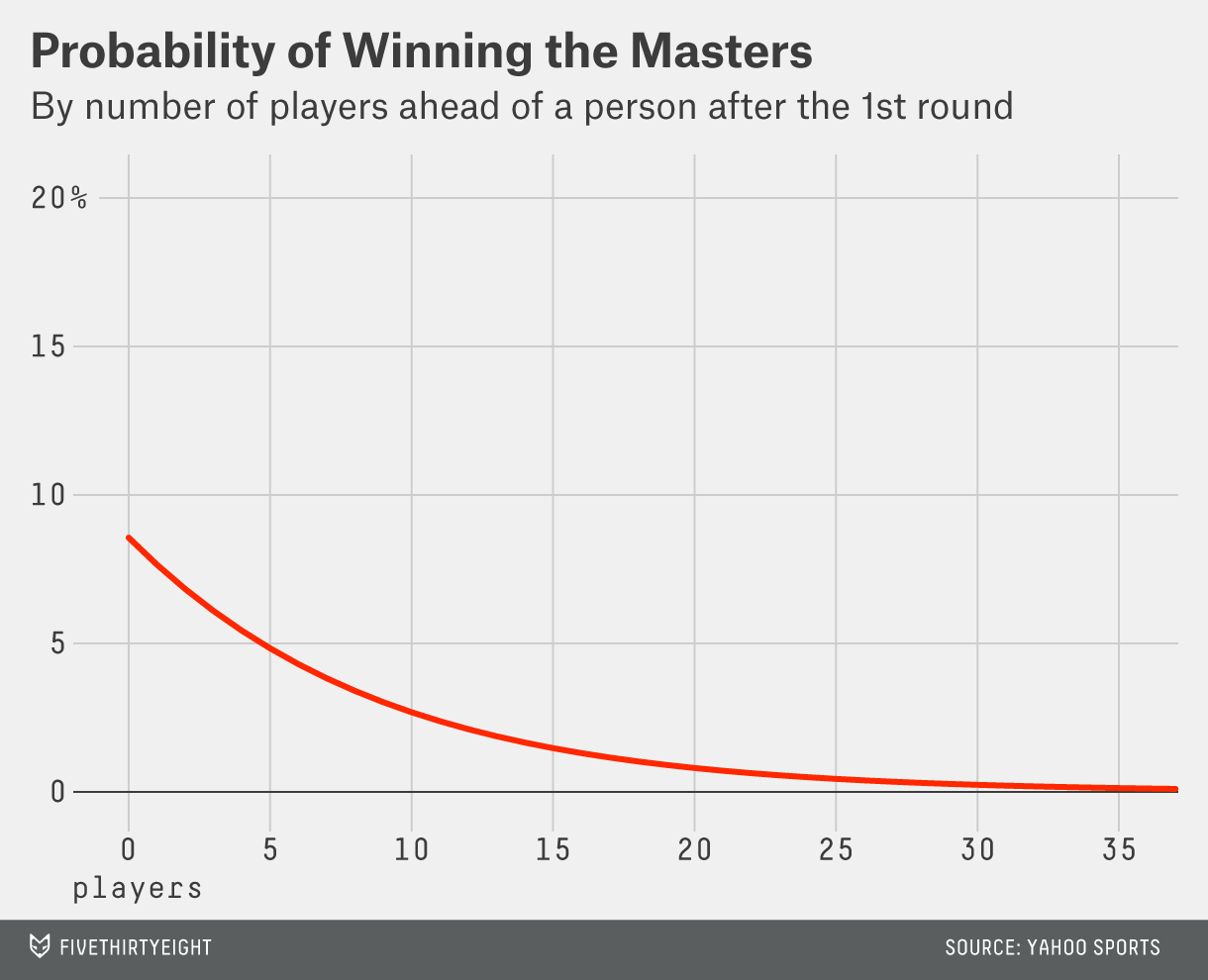 As we move into the weekend, things will start to become clearer.

I ran another regression, this time looking to predict the eventual Masters winner based on the scoreboard after the second round. Once again, a player’s score (relative to the leader, the field average, or the field median) doesn’t have much bearing on his probability of winning the tournament. But the number of players between him and the top slot means a great deal. The leader after two rounds has a 17.5 percent probability of winning, more than double the leader’s expected chance of winning after only one round.

More important, the number of remotely plausible winners is cut drastically after two rounds. Look how much more steeply the probability curve drops off based on how many people are in front a golfer after the second round ends: 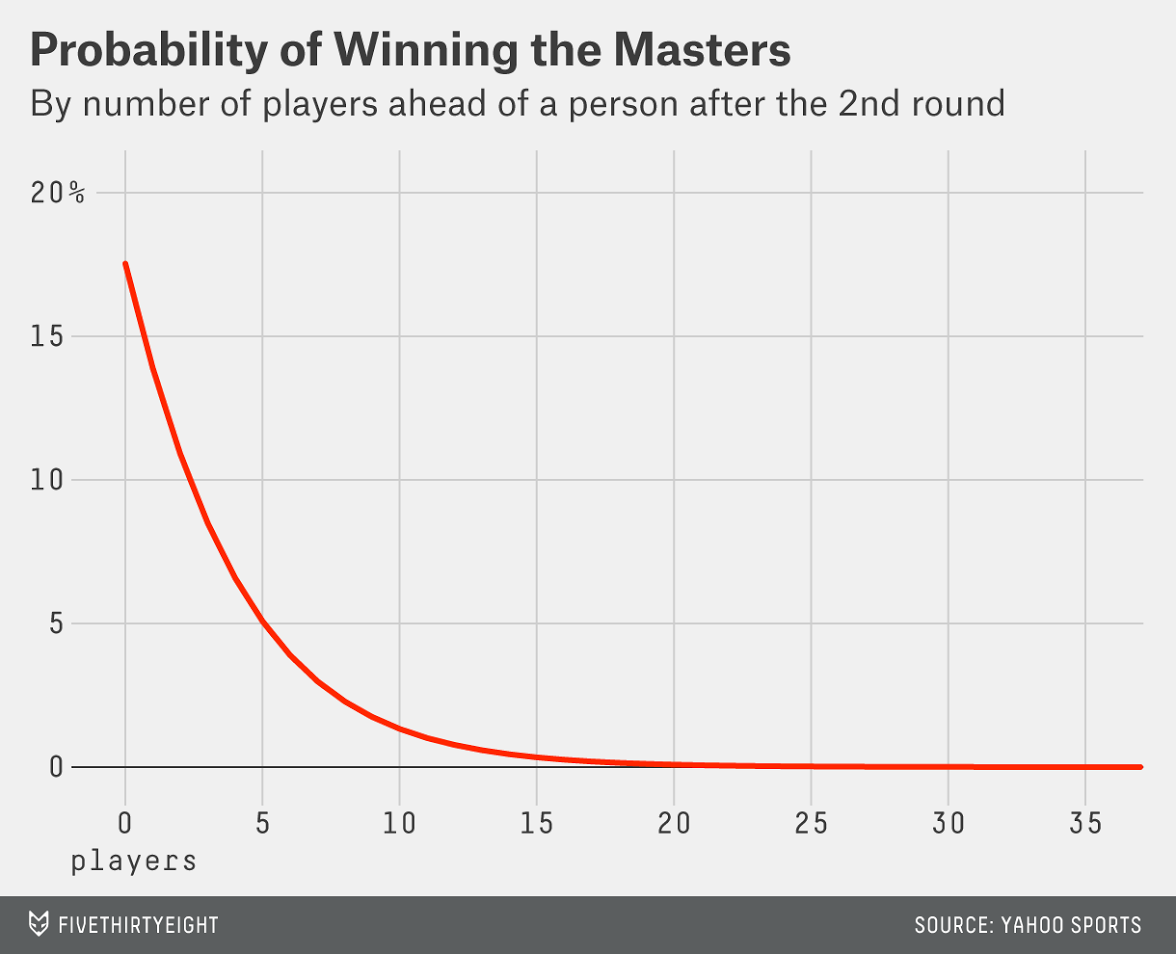 Still, it’s important to keep in mind that the leader through two rounds still has less than a one-in-five chance of winning. In other words, while these early rounds certainly matter, when play ends Friday evening we still won’t have much of an inkling about exactly which player will be the eventual winner.

But we will have a pretty good idea of the general group of players from which the victor will emerge. There’s better than a 73 percent chance he’ll be in the top 10 after the second round ends, and roughly a 50 percent probability that he’ll be in the top four. Golfers have mounted charges from deeper in the pack than that, but the odds are good that the green jacket will go to somebody near the top of the scoreboard Friday.