Using power tools, two prisoners managed to escape one of New York’s maximum-security prisons Saturday, stuffing clothes in their beds and leaving behind a taunting note. If recent trends persist, they may wind up being the only inmates to successfully escape a New York prison this year: Prison escapes have been falling in New York and nationally. According to the New York State Department of Corrections and Community Supervision, there were two or fewer successful prison escapes in New York in half the years from 2000 to 2013. 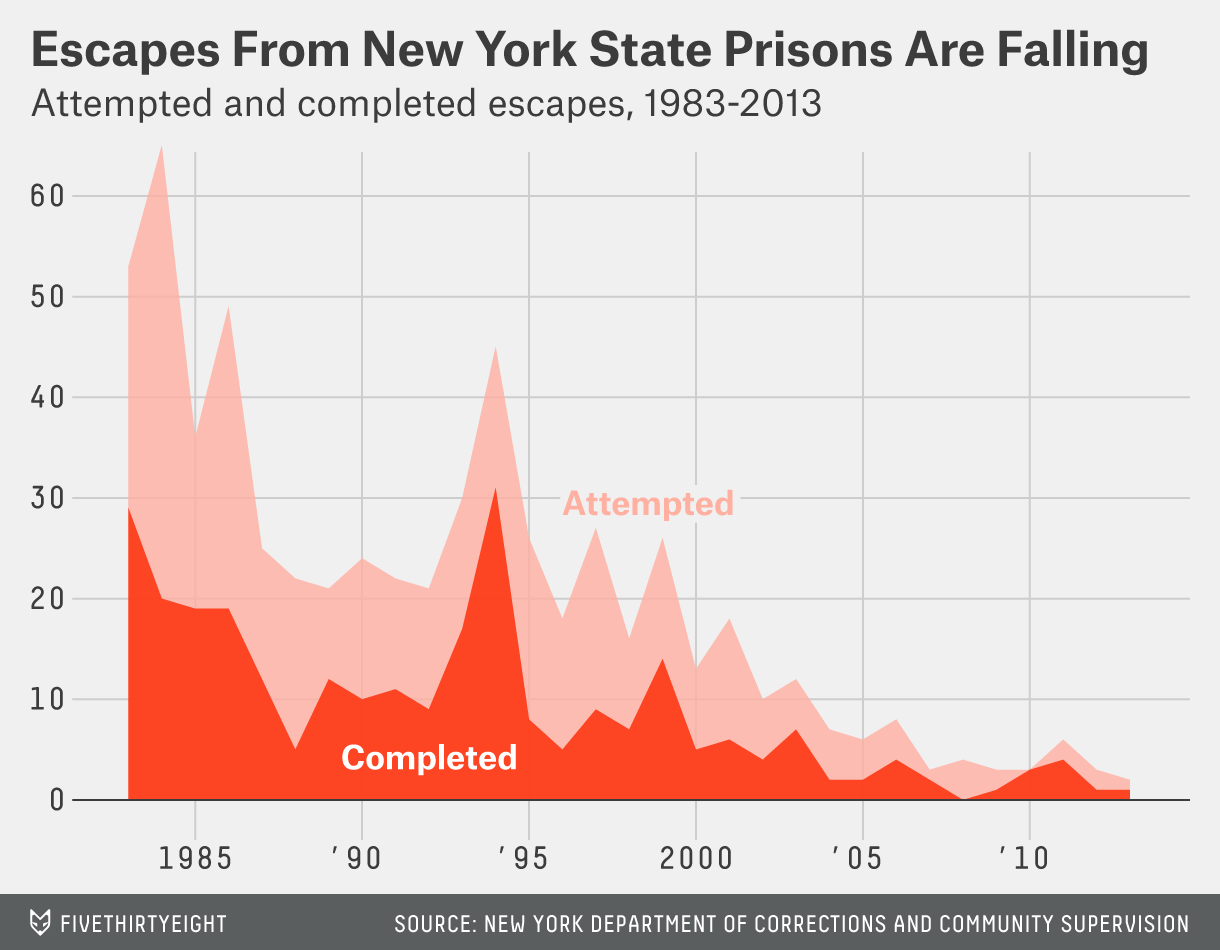 But the newest escapees shouldn’t be too pleased with themselves just yet; according to the department’s data, the inmates who do manage to get off of the prison grounds don’t stay at liberty for long.

In recent years, completed escapes have been fleeting. Between 2002 and 2013, 30 prisoners managed to complete an escape from a New York prison, meaning that they got off of the premises. But 60 percent of these prisoners were back in custody within six hours. Every remaining prisoner save one was caught within 24 hours of escape. And that last, longest-at-large prisoner still didn’t manage to go on the lam permanently — he was back in a cell within three days.

So far, the men who made their escape over the weekend have managed to stay free for about two days, which is a more remarkable achievement than simply breaking out of maximum security. Although those prisons are the most closely watched, half of the 30 escapees from 2002 to 2013 were from maximum-security prisons. Several of those escapes took place while the inmates were receiving medical care and were subject to fewer security measures.

It might be that the newest prisoners are the most likely to escape because they have spent the least time adjusting to life behind bars and resigning themselves to confinement. However, it also may be that the more time an inmate has served, the more often he or she has seen fellow prisoners returned to jail after only briefly successful escapes. If the two recent escapees are caught soon, that success will give prisoners one more data point suggesting that even the cleverest escape attempt is unlikely to be worth it.